UAE minister denies earlier statement that 'war is over' in Yemen The United Arab Emirates’ foreign minister has denied he said the war was over for his country in Yemen.

Anwar bin Mohammed Gargash told Asharq Al-Awsat that a statement he had made in a lecture on Tuesday was false.

"We are at war. I am appalled that my statement was taken out of context and misinterpreted for external agenda that seek to undermine the region and the GCC in particular," he said.

Abu Dhabi Crown Prince Sheikh Mohammed bin Zayed al-Nahyan had quoted Gargash on his Twitter account on Tuesday as evidence of the end of hostilities in Yemen:

“Our standpoint today is clear: war is over for our troops; we’re monitoring political arrangements, empowering Yemenis in liberated areas”

In his speech Gargash defended the much criticised war in Yemen, saying that Iranian “interference” had left them no choice but to act militarily.

“The Decisive Storm operation [in Yemen] had three goals,” Gargash said. “The first was to bring back the Yemen crisis to the political track, the second to restore the legitimate government of Yemen and the third goal was to counter Iranian interference in the region.”

Arab Gulf states accuse Tehran of backing the Houthi rebels, who descended from their northern mountain stronghold of Saada and seized control of the capital Sanaa in September 2014.

However, the Houthis, a domestic Yemeni group who have fought battles with the government for decades, have denied receiving backing from the Iranians.

The Saudi-led coalition was launched in March 2015 with the aim of reinstating the government of President Abd Rabbuh Hadi, which had been forced into exile by the Houthi rebels.

Initial reports of the UAE's withdrawal from Yemen received a mix response from Yemenis. Residents in the war-torn province of Taiz have accused the UAE of betrayal, and they believe that the Emirates only support the southern provinces.

Nael al-Adimi, a leader of the resistance in the city of Taiz, said there is no difference for them if the Emirates troops will stay in Yemen or not, as they did not see them in the city during the fighting between pro-government Popular Resistance fighters, Al-Qaeda and Houthi rebels.

"The Emirates troops liberated Aden and some southern provinces, and then they stopped in the borders with Taiz province, and there is not even a soldier that participated in the battle of Taiz city," Adimi spoke to Middle East Eye.

Emirates troops did however take part in fighting in Aden, Abyan, al-Dhale, Marib, and Lahj provinces.

A source in Aden's police office told MEE on condition of anonymity that the UAE played a major role in the rehabilitation of the security and army forces, and that their forces were no longer needed.

"The UAE trained thousands of the Yemeni troops either in Yemen or in UAE, and nowadays the Yemeni troops are able to protect the south from the Houthis rebels, al-Qaeda and Islamic State fighters," the source added.

He confirmed that the training of the Yemeni forces started after the liberation of Aden, stating that the Emirati troops still in Aden and they will leave gradually.

Most of the troops that were trained by the UAE are members of the southern resistance who participated in the liberation of Aden and were not loyal to the Sanaa government, so the authorities of Aden can trust them to protect Aden, according to the source.

He added: "we are deeply indebted to the UAE, which lost around eighty of its troops in Yemen, and I am sure that the new troops can replace the Emirates forces either in Aden or in the other southern provinces."

The source confirmed that the UAE will keep supporting Aden with military plans and the rehabilitation works will continue in the province. 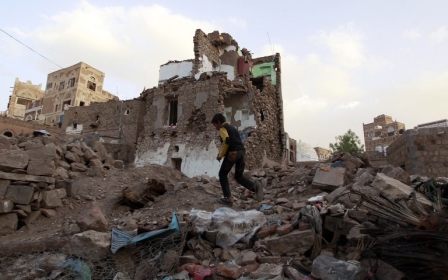