The university had previously shut down the course following pressure from outside lobby groups, says faculty member 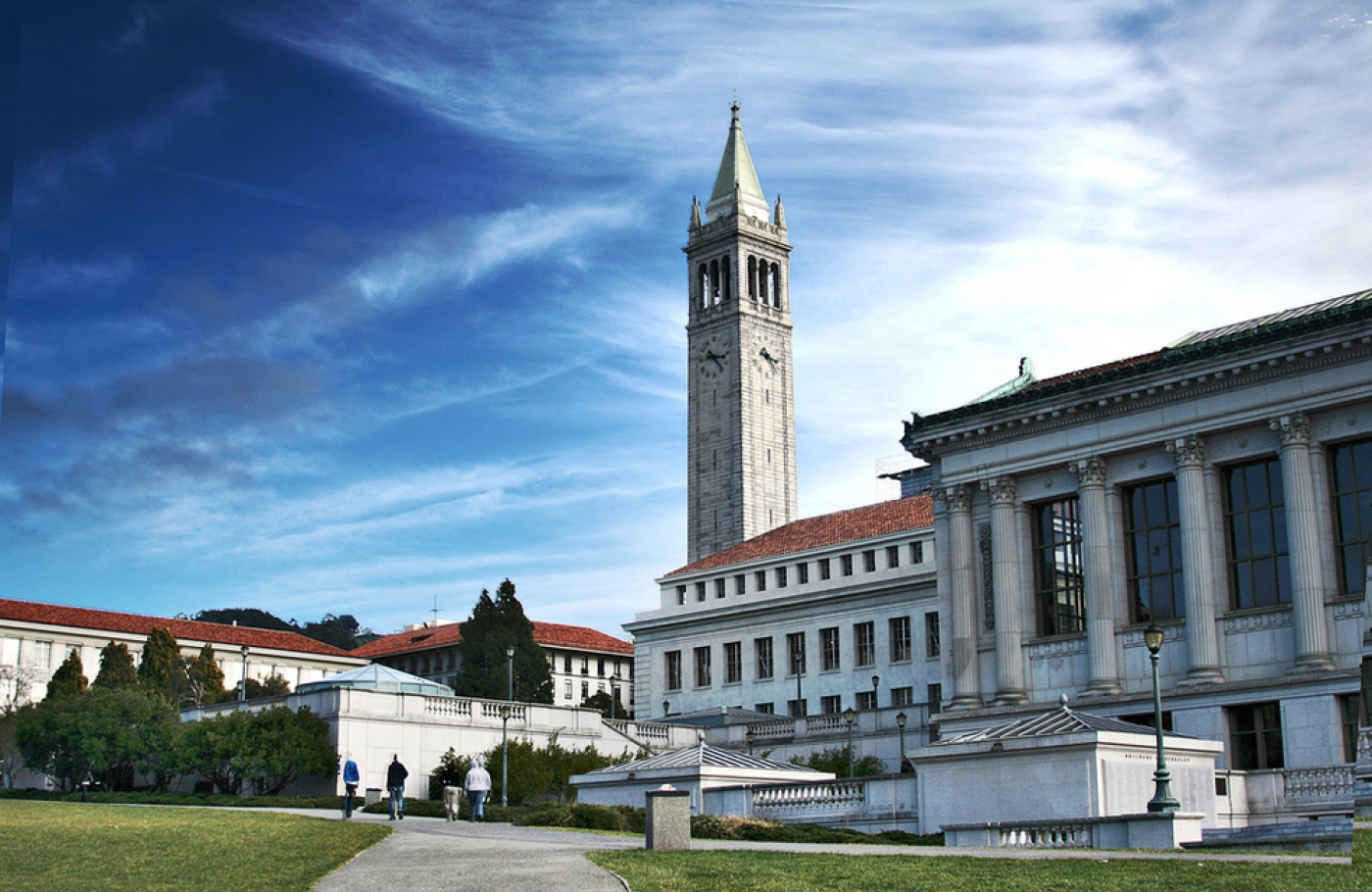 The Palestine course was being offered in the Ethnic Studies department as part of the DeCal programme, which allows students to teach a course under the guidance of faculty members (Wikicommons)
By
Jillian Kestler-D'Amours

The University of California, Berkeley (UC Berkeley) has reinstated a course on settler colonialism in Palestine, after a decision to suspend it last week prompted widespread concerns about curbs to academic freedom at the university.

Liz Jackson, a staff attorney with Palestine Legal, which provides legal support and advocacy for Palestinian rights activists in the US, confirmed in an interview with Middle East Eye that UC Berkeley reinstated the student-led course, “Ethnic Studies 198, Palestine: A Settler Colonial Analysis,” on Monday.

“Carla Hesse, the dean of the College of Letters and Science, who made the decision to suspend it, issued a letter this morning notifying everyone that the suspension is lifted,” Jackson said.

“It’s definitely a victory for Paul and the 26 students enrolled in the class who all had their studies severely disrupted and no question, for students and scholars across the US because there is such a documented, coordinated attack on the right to speak and study freely about Palestine-Israel,” Jackson said.

Hadweh, whose family is originally from Bethlehem, said in a statement on Monday that he is awaiting an apology from Dean Hesse and UC Berkeley Chancellor Nicholas Dirks.

“The university threw me under the bus, and publicly blamed me, without ever even contacting me," Hadweh said. "It seems that because I’m Palestinian studying Palestine, I’m guilty until proven innocent. To defend the course, we had to mobilise an international outcry of scholars and students to stand up for academic freedom. This never should have happened."

The Palestine course was being offered this fall in the Ethnic Studies department as part of the DeCal programme, which allows students to create a syllabus and teach a course to other students under the guidance of faculty members.

The course broadly set out to discuss “key historical developments that have taken place in Palestine, from the 1880s to the present, through the lens of settler colonialism”.

The students were expected to examine the links between Zionism and settler colonialism and how settler colonialism has manifested in Palestine, and explore possibilities for a decolonised Palestine where “justice is realised for all its peoples and equality is not only espoused, but practiced,” the course description states.

The course was initially suspended on 13 September after the university stated that proper procedures to register the course were not followed.

In an interview with Middle East Eye on Friday, before the course was reinstated, Hadweh said he was “completely caught off guard” by the suspension.

“I was surprised. I really couldn’t believe it, just the fact that they would suspend it without consulting anybody,” Hadweh said on Friday.

Hadweh said he found out the course had been suspended at 11 am on 13 September, which was the day the second class of the semester was supposed to take place. He was informed through an e-mail that was sent by Dean Hesse to Ethnic Studies chair Shari Huhndorf and the course’s faculty sponsor, Hatem Bazian.

“I was never directly contacted by the university administration indicating that the course was to be, or was, suspended,” Hadweh told MEE on Friday.

Also in an interview on Friday, before the course was reinstated, Dan Mogulof, a university spokesperson, said the course was suspended due to procedural issues and questions that were raised about whether it violated university policy.

“Concerns about this course were first expressed not by external parties, individuals or organisations, but by members of our faculty who sent around a course description concerned that the course itself was in violation of university policy,” Mogulof said.

That policy, contained in the Regents’ Policy on Course Content, sets out to determine “when a course crosses over the line from something of an academic nature to something of a political nature,” Mogulof told Middle East Eye.

Mogulof said outside pressure did not have an impact on the suspension.

But Bazian, the course’s faculty sponsor, tied the university’s decision to outside pressure from Israel lobby groups.

In a letter sent to UC-Berkeley Chancellor Dirks, Israel advocacy groups – including the Zionist Organization of America, StandWithUs and the Simon Wiesenthal Center – accused the course of being politically motivated and anti-Semitic, and of encouraging students to hate Israel.

“A significant part of the course will be devoted to thinking about ways to “decolonise” - that is, eliminate - Israel,” read the letter, which was published by the AMCHA Initiative, a group that says its goal is “combating anti-Semitism” at US universities.

“The course’s objectives, reading materials and guest speakers are politically motivated, meet our government’s criteria for anti-Semitism, and are intended to indoctrinate students to hate the Jewish state and take action to eliminate it,” the letter stated.

Bazian, a lecturer of Near Eastern and Ethnic Studies, told Middle East Eye on Friday – before the course was reinstated – that the university received the AMCHA letter at 7:35am on 13 September, according to internal university emails.

At 9:59am, a “terse” email from Dean Hesse arrived in his inbox indicating that the course had been suspended, Bazian said.

“So prima facie evidence indicates that the university responded to political pressure from outside and acted without due regard to campus policies, procedures for shared governance, or faculty responsibility for curriculum and department oversight over the curriculum and the courses,” he said.

Bazian rejected the idea that proper procedures were not followed to register the course.

Bazian said Hadweh submitted the course paperwork to him on 7 July, and got approval for the course from the department of Ethnic Studies on 12 July, and then the final permission from the Academic Senate Committee on Courses on 27 July.

“On August 22, the course was given a course control number, and August 24 a room was designated for the course,” Bazian said.

“The claim that the student did not follow procedure is shameful, insulting and spineless,” he added, accusing the university of throwing “the student under the bus in order to protect political interest and concern for university fundraising”.

Palestine Legal also said that, “all indications suggest [the university] suspended the course in response to political pressure from off-campus Israel advocacy groups”.

According to a 2015 Palestine Legal report, 152 incidents of censorship, punishment or other barriers to advocate for Palestinian rights were recorded in 2014 in the US.

Of that number, 89 percent of the incidents targeted students and scholars, “a reaction to the increasingly central role universities play in the movement for Palestinian rights,” the group found.

Palestine Legal also pointed out that Israeli government officials appeared to be pressuring UC Berkeley to cancel the Palestine course, according to an Israeli news report.

In the report, which aired on 11 September on Israel’s Channel 10, reporter Omri Maniv stated that Gilad Erdan, Israel’s Minister of Public Security, Strategic Affairs and Information, and the Israeli Union of Heads of the Universities, “have been trying covertly to prevent the course from taking place”.

“The Israel lobby in Israel and in the US has made it clear that they’re investing tens of millions or more in silencing debate, activism and even scholarship on US campuses. Unfortunately, this is not going to go away any time soon,” Jackson told MEE.

The Israeli government and its allies have focused much of their efforts on demonising the growing Palestinian-led Boycott, Divestment and Sanctions (BDS) movement, which seeks to exert pressure on Israel to comply with international law.

Israel has also encouraged foreign governments to outlaw and even criminalise BDS in their own countries.

Bazian told MEE on Friday that university campuses are some of the last places where discussions on Palestine can still be held, which is why they are so frequently the targets of outside pressure.

“This notion of trying to make ideas illegal is right now focused on Palestine,” he said. “[The] Israeli government as well as many of its active organisations in the US are essentially focusing on trying to prevent a debate from taking place, and a discussion – even in an academic setting – around Palestine.”

In that environment, Jackson said, it’s the university’s duty to “take care of their students and scholars who are under such severe attack”.

When news of the suspension was made public last week, various groups came out to demand the university reinstate the course.

“This political lobby’s effort to cancel a course that considers viewpoints with, which they disagree is a clear effort to suppress intellectual inquiry and to apply political pressure in order to control the content of academic curricula,” wrote several Jewish academics and activists in a letter to Chancellor Dirks and Dean Hesse.

The UC Berkeley students enrolled in the course also released a letter, arguing that the suspension violated their academic freedom and right to engage in an academic discussion about Israel and Palestine.

The students noted that the suspension is especially alarming to see at UC Berkeley, which prides itself on having spawned the Free Speech Movement, a student protest movement that fought against a ban on-campus activism in the mid-1960s.

“Your decision constitutes nothing less than an act of discrimination against students who wanted to debate and discuss this contentious issue in a spirit of genuine sincerity, mutual respect, and open-minded curiosity,” the students wrote.

Hadweh said on Friday that he hoped the course would create a space at UC Berkeley in which students could critically and openly discuss issues related to Palestine.

“This course was about creating a space in which we as students could come together and think critically about Palestine [and] ask questions,” he said.

"There is almost no institutional space in which Palestine can be genuinely and critically discussed, so I created this space for us to be able to talk about these things, ask these questions that aren’t being asked… and ask what comes next? What can we do? What can be done to ensure that everybody can live in peace and not at the expense of another?"