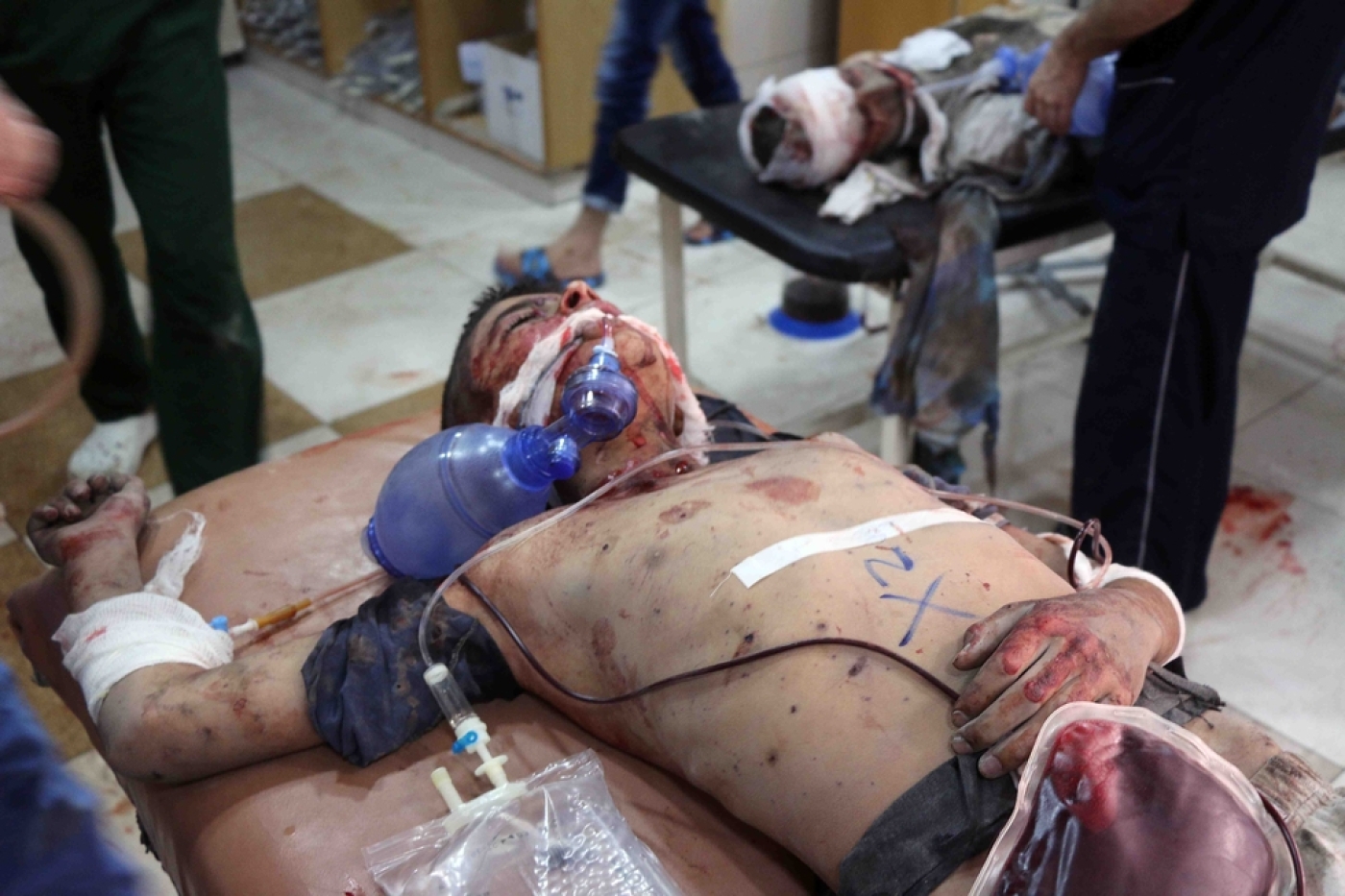 The vice-chairman of Britain’s "Stop the War" coalition on Wednesday said he opposed protesting against Russian bombing of Syria because “the media and politicians” are trying to portray Moscow as the “only problem”.

Chris Nineham was interviewed by the BBC after the British foreign secretary, Boris Johnson, on Tuesday urged his group to protest against the ongoing Russian bombardment of rebel-held east Aleppo.

Nineham said his organisation has protested against the Russian war in Syria with “statements” but that they would not be calling for a public rally to demand an end to Moscow’s backing of Syrian President Bashar al-Assad in his war against various rebel groups.

“We do not want to contribute to the jingoism and hysteria that is being whipped up against Russia, because that hysteria is being used to try and justify an escalation of the British war effort,” he told BBC Radio 4’s Today programme.

Conservative MP Andrew Mitchell told an emergency meeting of parliament on Tuesday that he supported the implementation of a no-fly zone over Syria. He accused Russia of acting like a “rogue elephant” and said Moscow was “shredding international law” in Syria.

Johnson refused to commit to a no-fly zone, warning that if it was to be imposed then Britain would need to be prepared to shoot down Russian planes if they continued to use aircraft to bomb Syria.

Johnson went on to say he would like to see protests outside the Russian embassy, asking: “Where is the Stop the War coalition?”

Stop the War has been repeatedly criticised for not being vocal enough in their condemnation of both Russia and President Assad, who have been accused of war crimes in their ongoing siege of east Aleppo, where some 250,000 civilians are trapped.

Nineham told the BBC that he believes the potential for a no-fly zone over Syria leaves open the possibility, as noted by Johnson, of a direct conflict between Russia and Western nations.

“The possibility now presents itself of there being a confrontation for the first time since the Second World War between Russia and Western powers including Britain,” he said.

“Everyone…needs to mobilise against that…and that means opposing the West.”

He said that if British politicians want to organise a protest they “know where the Russian embassy is”. He added that Stop the War would not take in any such rally.

Russian defence ministry spokesperson Igor Konashenkov on Wednesday described Johnson’s comments as being a “storm in a teacup”.

"The Russophobic hysteria that is regularly fuelled by certain members of the British establishment has not been taken seriously for a long time," he said.

Konashenkov said the Russian air force was not responsible for the bombing of a UN convoy in the Aleppo region last month and accused Britain of withholding the evidence it says it has against Russia.

"The alleged 'evidence' you say you have won't be worth a penny if it is made available to everyone," he said.

Stop the War’s Nineham said the surge in anger against Russia’s war in Syria was designed to portray Moscow as “the only problem” in a conflict that “involves Saudi Arabia, the US, and Britain”.

Labour leader Jeremy Corbyn co-founded Stop the War in 2001 and he is a former chair of the group.

Corbyn spoke at Stop the War’s 15-year anniversary conference on 8 October where he was heckled by activists who said he has not done enough to oppose President Assad’s perceived crimes in Syria.

A statement released after the conference by journalist and activist Oz Katerji – who heckled Corbyn – criticised the Labour leader’s stance on Syria.

“Jeremy Corbyn’s official policy of 'peace negotiations' for a 'unity' government make no mention of accountability or justice, and provide nothing for Syrians facing extermination,” the statement said.

“Rivers of blood flow daily through the streets of Syria, and the British Labour party’s only response is to ask for more talks while demanding the slaughter is allowed to continue unabated.”

Divisions on the opposition Labour benches over Syria emerged during Tuesday's Commons debate with the shadow foreign secretary Emily Thornberry facing heckles from her own MPs as she backed the plan by the UN Syria envoy to have Jabhat Fateh al-Sham fighters escorted out of eastern Aleppo.
Backbenchers, including former Labour minister Ben Bradshaw, criticised her claim that talks with Russia for a new ceasefire were the best way forward.
"We had a ceasefire but it was brutally blown out of the water. Can we not call Russia's actions a war crime?" said Bradshaw, a prominent opponent of Labour leader Jeremy Corbyn who has also called for a no-fly zone. 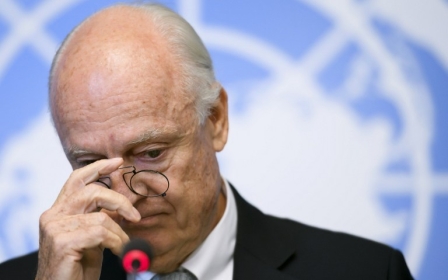 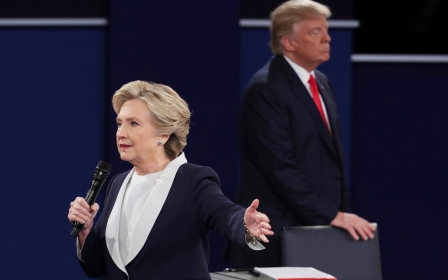 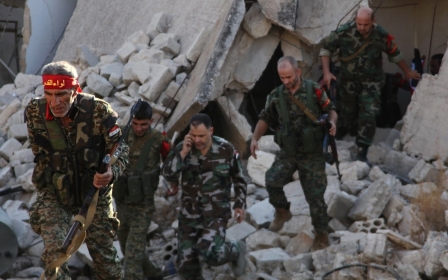