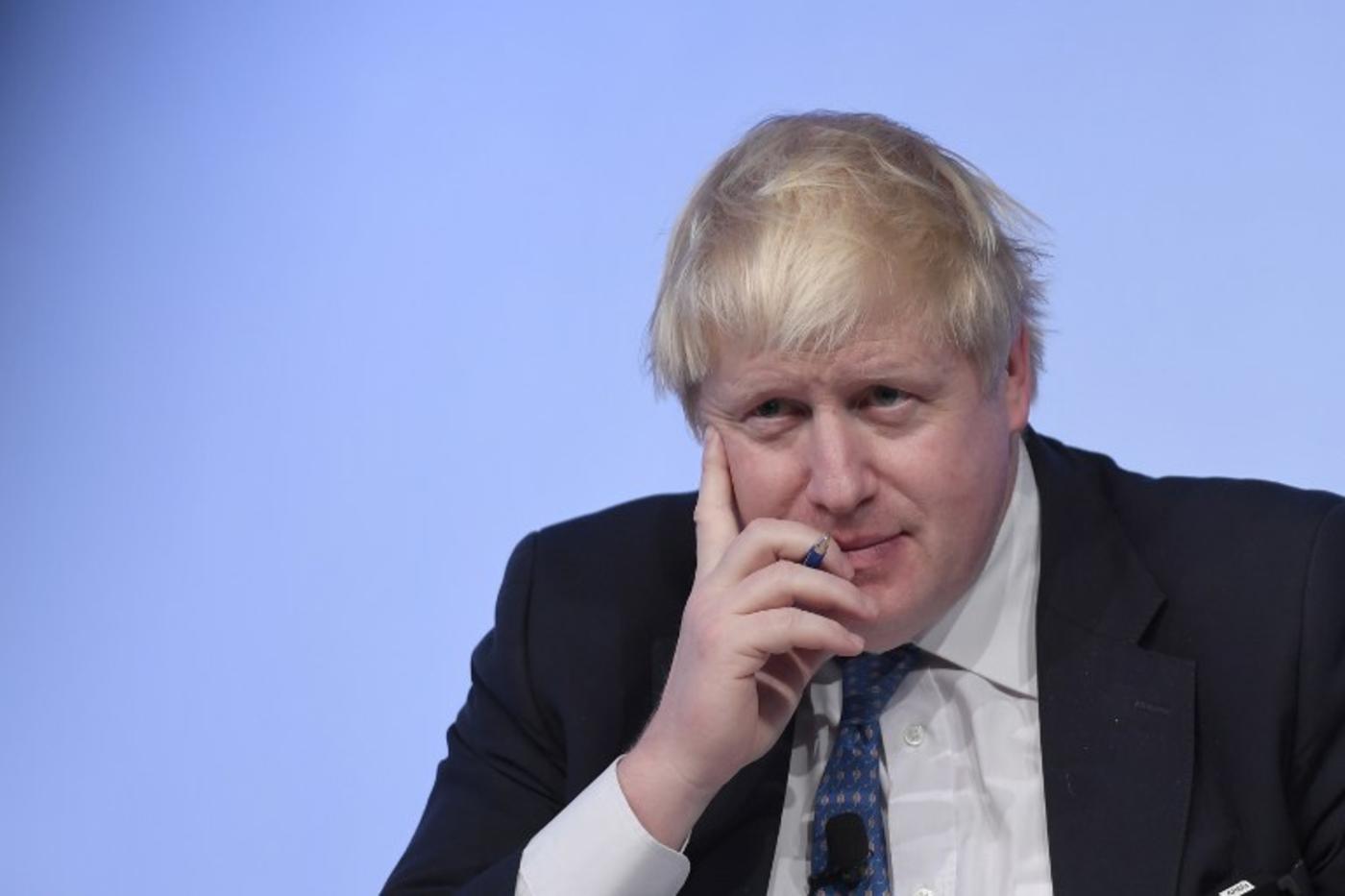 Participants at the Mayfair fundraiser paid up to £500 for tickets to the three-course lunch, raising 'a substantial sum of money,' according to the event’s brochure (AFP)
By
MEE staff

A joke made last week by British Prime Minister Boris Johnson that the UK could become “the Saudi Arabia of penal policy” under Home Secretary Priti Patel has been condemned as “disgusting” by the opposition Labour party.

Johnson made the remarks, which can be seen in footage obtained by Business Insider, during a speech behind closed doors at a Conservative party fundraiser event on 10 September.

Saudi Arabia has been labelled one of the world's worst rights abusers by the Human Rights Measurement Initiative, as it continues to detain rights advocates, repress peaceful activism, and carry out the death penalty.

It is one of the few remaining countries in the world to carry out capital punishment by beheading, including for homosexuality and drug crimes.

In 2019, Patel denied ever supporting the death penalty, despite previously calling for it to be reintroduced.

Appearing on the BBC’s Question Time in 2011, Patel said: "I would actually support the reintroduction of capital punishment to serve as a deterrent, because I do think we do not have enough deterrents in this country for criminals.”

Patel's future as home secretary has been the subject of doubt in recent weeks amid rumours of a possible cabinet reshuffle.

'Pals in the Saudi dictatorship'

Responding to Johnson's comments, Angela Rayner, Labour’s deputy leader, tweeted: “Saudi Arabia beheads its own citizens, tortures activists exercising their democratic rights and kills homosexuals. This is disgusting. As ever with Boris Johnson, behind closed doors the mask slips and we see what he really thinks.”

Alistair Carmichael, the opposition Liberal Democrats spokesperson on home affairs, said the remarks were a "new low" for Johnson. “Saudi Arabia’s appalling human rights record is nothing to joke about. We have real and serious problems with crime and the rule of law in our country that deserve better than sloppy punchlines behind closed doors," said Carmichael.

“Boris Johnson may admire his pals in the Saudi dictatorship, but he cannot escape the fact that his Conservative government is failing miserably to do what actually works to prevent crime.”

Johnson is well known for having repeatedly made offensive remarks in the past, including describing Muslim women in burqas as "letterboxes" and "bank robbers," and citing "crowds of flag-waving piccaninnies" from Commonwealth nations.

Participants at the Mayfair fundraiser paid up to £500 ($690) for tickets to the three-course lunch, raising “a substantial sum of money”, according to the event’s brochure. 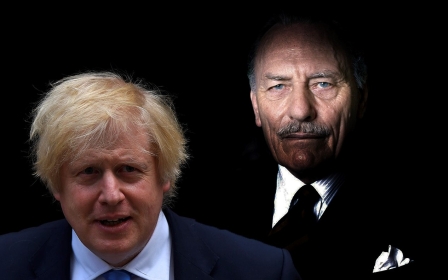 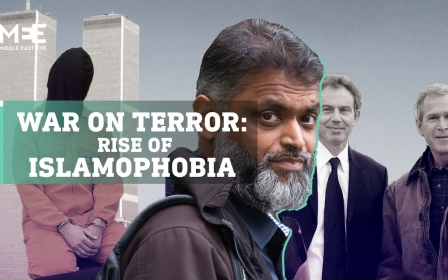 9/11 Attacks
The war on terror: The rise of Islamophobia in Britain