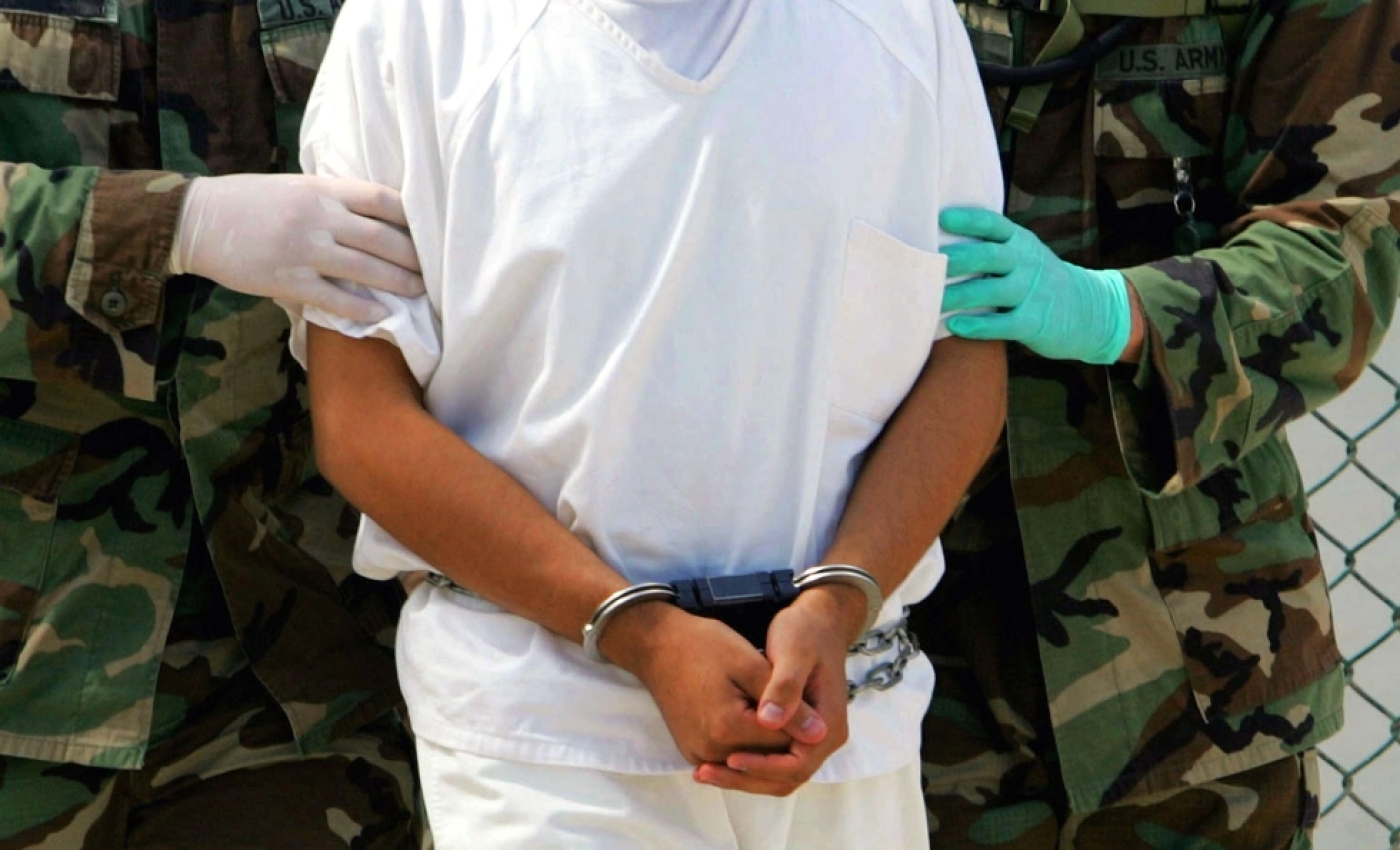 A detainee is escorted by military police at Camp Delta, Guantanamo US Naval Base in August 2004 (AFP)
By
Dania Akkad

The United Kingdom was involved in the torture and rendition of hundreds of terror suspects, a powerful parliamentary committee has found, accusing the UK government of turning a blind eye to its allies' mistreatment of detainees.

The British government has also failed over the past decade to develop a clear policy on rendition, despite intense scrutiny of the practice used after the 9/11 attacks, the parliamentary Intelligence and Security Committee (ISC) found.

In particular, the government did not ensure that UK allies are prevented from using British territory - the Indian Ocean island of Diego Garcia, especially - for the practice without prior permission, the committee outlined in one of two damning reports released on Thursday.

According to the reports, there is no evidence of UK officers directly carrying out the mistreatment of detainees.

However, domestic and foreign intelligence services MI5 and MI6 were aware “at an early point” that the United States was mistreating detainees and the spy agencies were involved in hundreds of torture cases.

“We have found 13 incidents where UK personnel witnessed at first hand a detainee being mistreated by others, 25 where UK personnel were told by detainees that they had been mistreated by others and 128 incidents recorded where agency officers were told by foreign liaison services about instances of mistreatment. In some cases, these were correctly investigated but this was not consistent,” the MPs said in one of their reports.

The committee was tasked with investigating the UK security and intelligence agencies' handling of detainees overseas and also of the practice of rendition which the US government used after 9/11 to abduct terror suspects.

"We are unconvinced that the government recognises the seriousness of rendition and the potential for the UK to be complicit in actions which may lead to torture," the committee said in a statement.

While intelligence agency leaders were aware of the US's activity, the committee said there was no evidence presented during the inquiry that suggested that government ministers knew what was going on.

“We haven’t ... any indications that ministers were told and then ignored the advice,” committee member Keith Simpson MP said at a press conference on Thursday.

'I was not invited to give evidence to the committee, though I would have been pleased to do so, had I been asked'

"We came to a point where we asked to see certain witnesses other than just the heads of agencies and we were told by the government that we couldn't do this," Grieve said.

He added that, in the case of four individuals whom the ISC was told they might be able to see, they were instructed that only certain questions could be asked.

Deciding that the limitations were not "in the spirit or indeed the letter" of the inquiry, Grieve said the ISC decided to release what it had collected.

It is understood that if the committee had continued on, it would have called former UK foreign secretary Jack Straw, who served in the role during the bulk of the War on Terror, to explain how much he had known at the time.

In a statement on Thursday, Straw said that while he was not invited to give evidence, he "would have been pleased to do so, had I been asked".

Although he was formally responsible for MI6 and GCHQ while foreign secretary from June 2001 to May 2006, Straw said that he had learned about activities and approaches of the agencies that he had not been aware of before Thursday.

"The report also shows that where I was involved in decisions I consistently sought to ensure that the United Kingdom did act in accordance with its long stated policies, and international norms," he said.

"I made repeated representations about the British detainees in Guantanamo Bay, which in the end were successful in securing their release."

The committee has asked the government to publish its policy on rendition by September.

Moazzam Begg, a former Guantanamo Bay detainee, told Middle East Eye that the reports substantiate "beyond doubt" what he and former prisoners have been saying for almost two decades.

"The British government was willfully and complicity involved in our kidnap, false imprisonment and torture for years," Begg said.

Yet he questioned how much change the report would bring without accompanying measures of accountability. Earlier on Thursday, he told the BBC that Straw and former British Prime Minister Tony Blair should be prosecuted for war crimes.

"The US admitted torturing 119 people in the CIA Senate torture report in 2014. Yet, today America is led by a president who believes torture works, intends on waterboarding more suspects and has ordered Guantanamo to remain open," he said.

"There can be no justice until those are who were complicit in our torture are prosecuted for war crimes at the highest level. Anything less will reinforce what most people already believe: that when it comes to accountability just as in America, Britain offers reports but not justice."

Others critical of the report have raised concerns about the limitations that were put on the committee, and the lack of opportunity for human rights advocates and other members of the public to weigh in on the process.

On Thursday, just ahead of the release, the Times newspaper revealed that Prime Minister Theresa May had been advised to hold a public consultation on torture procedures which would have allowed for human rights organisations and other groups to weigh in.

Instead, according to a leaked government document seen by the Times, May chose to order a "light-touch" inquiry and will reject the committee’s recommendation to consult civil society.

“Public consultation would be widely welcomed by the ISC and civil liberties groups, but would further delay publication and is likely to generate recommendations that we would not be able to implement without damaging national security,” the document says.

“We all know now that over a number of years our agencies, with the best of intentions no doubt, sometimes lost their way in the years following 9/11,” she said. “It is high time that there is full blown judge-led inquiry that victims can participate in, that the public can participate in.

“Clearly, some things will always be secret, but I think we need to go back to an approach that favours the rule of law over deals between governments, whether they are our government or the White House,” Chakrabarti said.

Dan Dolan, head of policy at human rights group Reprieve, told MEE ahead of the report’s release that given the limits of the committee’s remit and powers, the findings can only expose “the tip of the iceberg”.

Thursday's findings come eight years after David Cameron established what he said would be a "short and sharp" inquiry into the rendition and torture of terror suspects, led by Sir Peter Gibson, a retired appeal court judge.

However, Gibson's work was halted in 2012 after files unearthed in a Libyan government official's office revealed cooperation between the US, UK and Libyan intelligence agencies in transferring terrorism suspects, and Scotland Yard opened a criminal investigation into the rendition of Abdel Hakim Belhaj and his wife, Fatima Boudchar.

The couple were seized and detained in 2004 in a secret operation carried out by the CIA based on information provided by the British foreign intelligence agency, MI6, and flown to the Libyan capital Tripoli, where they were subsequently tortured.

Last month, as the result of a court settlement, the British government apologised for its role in what it called the “appalling treatment” of Abdel Hakim Belhaj and his wife, Fatima Boudchar.

The ISC, however, did not consider the case during their inquiry: after Gibson's investigation was halted, the government said it wanted an independent, judge-led inquiry once criminal proceedings closed. In the interim, the inquiry was handed over to the committee.

"One of the glaring holes in this inquiry is that it hasn't considered one of the most high-profile and critical cases we know about of UK involvement in rendition and torture, which is Belhaj," Dolan said.

Grieve, the committee's chairman, said on Thursday that the inquiry had taken up 50 percent of its time over the past year. "We are not about to investigate Belhaj," he told journalists.

Cori Crider, one of Belhaj's lawyers, told MEE that the report "makes clear there are literally dozens of unanswered questions about UK involvement in torture after 9/11".

"But the ISC chair, Dominic Grieve, also forthrightly admits the agencies' refusal to put up witnesses hamstrung the report. If the British public are ever to get the truth about rendition and torture, there's going to have to be a judge-led inquiry with the power to compel witnesses. Nothing less will do."

While intelligence agency leaders were aware of the US's activity, the committee said there was no evidence presented during the inquiry that suggested that government ministers knew what was going on.

“We haven’t ... any indications that ministers were told and then ignored the advice,” committee member Keith Simpson MP said at a press conference on Thursday. 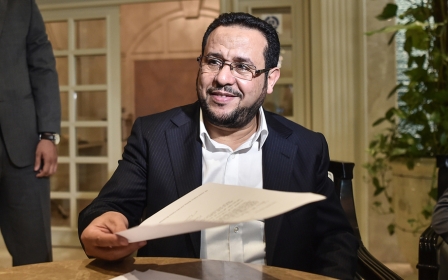 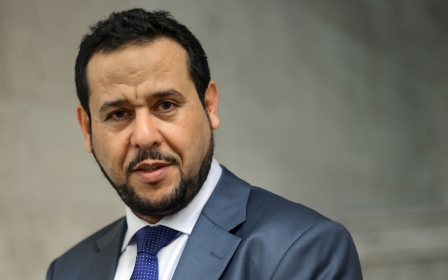 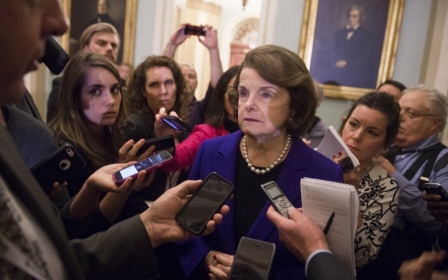