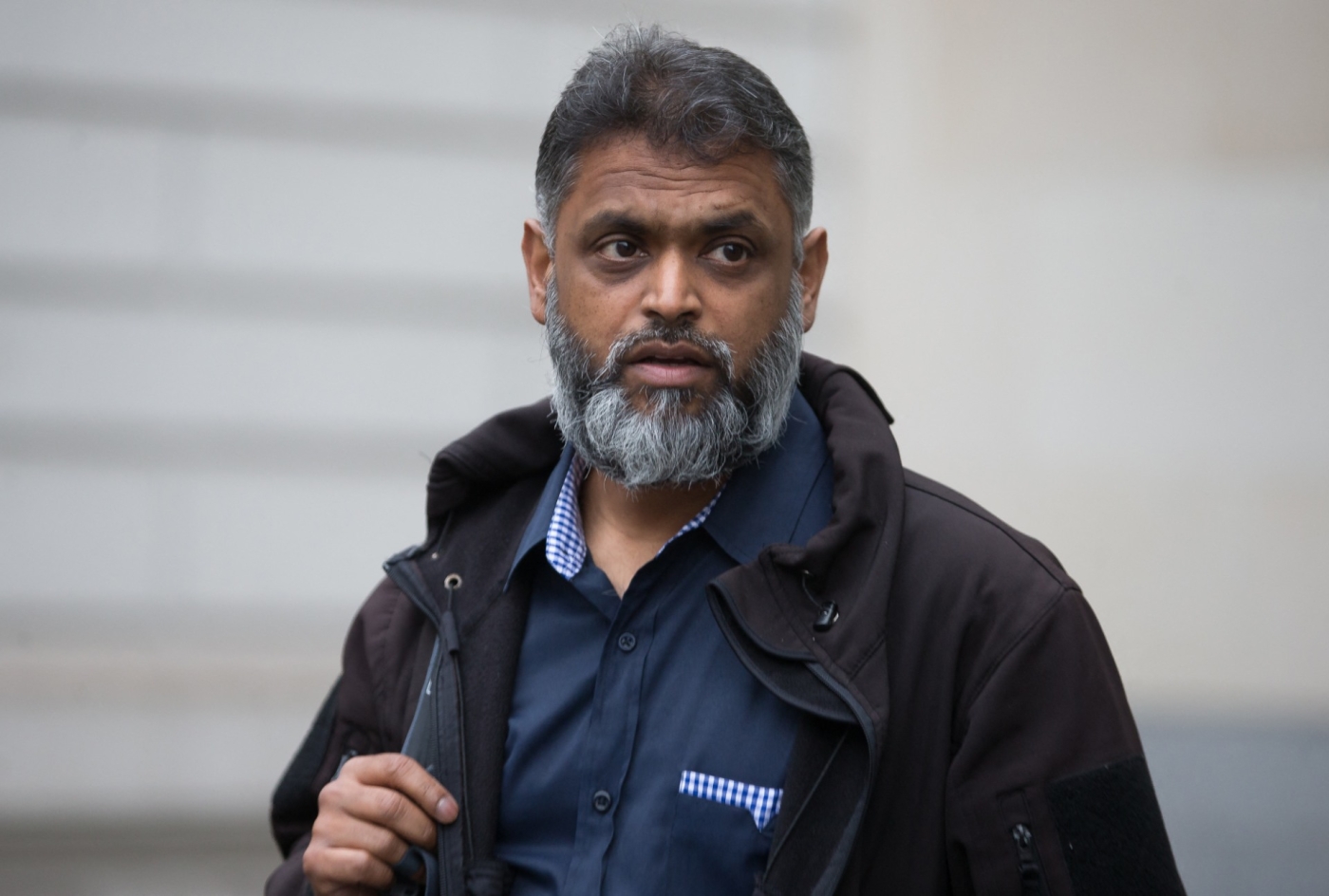 Moazzam Begg, pictured in 2017, is one of 86 UK citizens denied passports on security grounds between 2013 and 2018 (AFP)
By
Simon Hooper

Former Guantanamo detainee Moazzam Begg is taking legal action against the UK government in a bid to obtain a new passport, more than eight years since a previous one was seized by police over his travels to opposition-held Syria.

The British human rights campaigner is seeking a judicial review to examine the government’s cancellation of his passport in 2013, and its issue and subsequent withdrawal of another last year, which the Home Office said had been issued in error.

Begg alleges that he has been subjected to a sustained campaign of harassment which has deprived him of the freedom to travel for work and to visit family abroad.

“Primarily I wanted to attend my daughter’s wedding. Relatives have passed away and I have not been able to attend their funerals. And, of course, the investigation work, all of that has stopped,” Begg told Middle East Eye.

Begg is the outreach director for Cage, a London-based advocacy organisation focused on the impact of counterterrorism policies on Muslim communities. He was previously refused a passport following his return to the UK from Guantanamo in 2005, where he was taken in 2002 after being abducted in Pakistan and handed over to US custody in Afghanistan, but his passport was restored following a previous judicial review in 2009.

Begg had travelled regularly as a campaigner and speaker prior to 2013, addressing the European parliament and giving evidence at a war crimes tribunal in Malaysia about his experiences of detention, abuse and torture in US detention at Bagram air base in Afghanistan and Guantanamo.

He also travelled to Libya and Syria following the Arab Spring uprisings of 2011 to investigate links between American and British intelligence agencies and those countries’ security services.

He argues that the continued denial of a passport amounts to an unfair abuse of power and an interference in his rights to a family life, to his freedom of expression and to his freedom of association and assembly.

Begg’s passport was confiscated as a consequence of two visits to opposition-held Syria in 2012, during which he met with rebels involved in the fight to topple President Bashar al-Assad. Begg had continued to travel abroad, but his passport was seized by police at Heathrow Airport on his return from a conference in South Africa in December 2013.

He was subsequently told by the Home Office that his passport had been cancelled because it was assessed he was likely to travel abroad in the future to engage in terrorist activity.

He was arrested and charged with terrorism offences in February 2014, spending seven months on remand in London’s high-security Belmarsh prison. But the charges were dropped days before his trial was due to start, when it emerged that Begg had travelled to Syria a second time with the knowledge and consent of MI5.

Police had also told his solicitors prior to a trip to a conference in Istanbul, in November 2013, that they did not consider that travelling to Turkey or Syria would constitute a criminal offence.

'There is something deeply incompetent at best. Otherwise it is just being vindictive. This is the third time that my passport has been revoked. What is it I am guilty of?'

Begg’s lawyers, Birnberg Peirce, argue that the cancellation of his passport was linked to his arrest and to an assets freezing order, issued at the same time and withdrawn after the charges against him were dropped. They say his access to a passport should also have been promptly restored.

Begg said he had made numerous appeals to the Home Office and had filed an application for a new passport in June 2019. But the Home Office repeatedly said it needed to carry out further checks, he said. In September 2021, Begg was finally issued with a new passport. But the Home Office informed him three weeks later via email that the passport had been issued in error and once again withdrawn. A cover letter attached to the email was incorrectly addressed to a person convicted of passport fraud and dated 2017, Begg said.

“There is something deeply incompetent at best. Otherwise it is just being vindictive,” said Begg. “This is the third time that my passport has been revoked. What is it I am guilty of? I have never had a day in court, never been convicted of any crime. I have been compensated by the government for its role in my abuse. It’s well known that I have been campaigning against the role of British intelligence services in torture.” 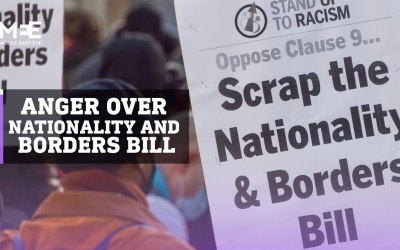 The withdrawal of passports is among a range of powers deployed by the UK government in recent years as part of counterterrorism and security measures to disrupt the travel and return of British nationals to Syria and other war zones.

Passports are provided to British citizens under royal prerogative powers, meaning they can be issued and withdrawn at the Home Secretary’s discretion.

In 2013, Theresa May, then the Home Secretary, updated the criteria for the use of the powers to include withdrawing passports from people who “seek to engage in fighting, extremist activity or terrorist training outside the United Kingdom”.

According to the latest published figures, the government denied passports on national security grounds to 86 people between 2013 and 2018. Forty-eight of these cases were reviewed and passports were restored to 13 people.

Other controversial measures used against British nationals who travelled to Syria have included citizenship deprivation powers, which the government is currently seeking to extend through the Borders and Nationality bill.

It’s been 8yrs but my privileges to be stopped, searched, detained, questioned, submit DNA, photos, fingerprints & passwords to border police -without any reasonable suspicion under #schedule7 -at UK ports have been reinstated. Yes folks, I have my passport back. الله أكبر pic.twitter.com/zZybIckRE0

Tweeting about the return of his passport last September, before it was again withdrawn, Begg said he had earned the right to be subjected once again to Schedule 7 stops, another notorious counterterrorism power giving police the right to interrogate and search travellers passing through ports and airports. He says he was routinely subjected to Schedule 7 stops prior to having his passport confiscated.

Begg's campaign to regain his passport received support on Wednesday from Clive Stafford Smith, the human rights lawyer who represented him when he was detained at Guantanamo.

Stafford Smith said: "I very much want to work with him on a number of human rights projects around the world, but that’s made much more difficult because he doesn’t have his passport, which is unconscionable. Moazzam has been a force for peace and a force for good for many years now; he needs to be given his passport back."

A spokesperson for the Home Office told MEE: "It would be inappropriate to comment on this case while the department considers its response to the Pre-Action Protocol letter received from Mr Begg’s legal representatives." 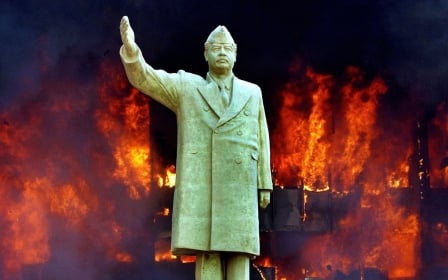 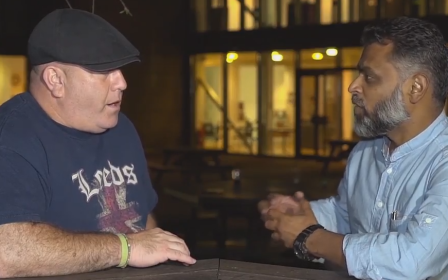 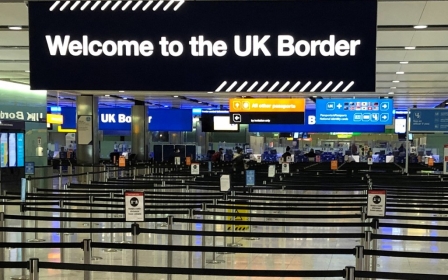