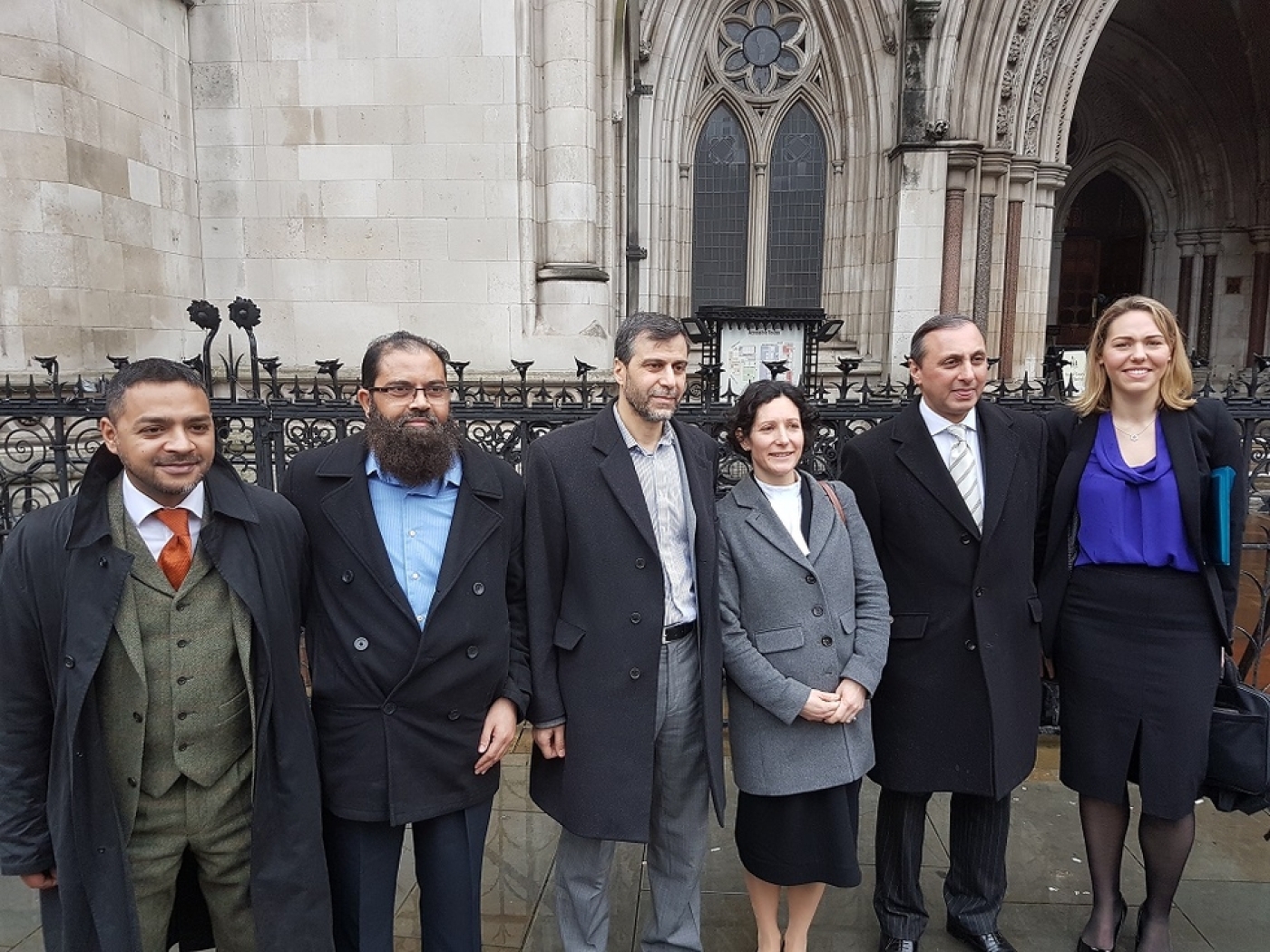 Mohamed Kozbar (C), the chairman of Finsbury Park Mosque, outside the High Court on Wednesday (MEE)
By
MEE staff

FInancial information company Thomson Reuters on Wednesday apologised to a north London mosque and agreed to pay damages for falsely linking it to "terrorism" in a database used by most of the world's biggest banks.

Finsbury Park Mosque had its banking facilities withdrawn by the HSBC bank in 2014 as a result of the listing on the World-Check database, which is used by banks to assess customer risk.

Several other Muslim individuals, organisations and charities had their bank accounts closed by HSBC and other banks at around the same time.

Farooq Bajwa, whose law firm represened the mosque, told Middle East Eye that the settlement could lead to hundreds of further claims by individuals and organisations listed on the database.

"We as a law firm expect to be issuing a hundred claims this year," Bajwa said. "We have 18 clients signed up to date all of which we believe are extremely winnable. We've been contacted by a few every week. It's a steady trickle but it could be a flood."

According to a statement read in the High Court on Wednesday. Thomson Reuters agreed to remove defamatory allegations and to pay damages and the mosque's legal costs.

"By its offer of amends the Defendant has admitted that the profile report that it published made the false allegation that there were grounds to suspect that the Claimant had continued connections to terrorism," the statement said.

"It did not intend to suggest that the Claimant had any current or suspected connections to terrorism and any such suggestions have now been withdrawn by the Defendant which has made clear its regret."

The settlement follows an investigation by MEE's Peter Oborne for BBC radio that found several of these organisations and individuals were listed in the World-Check database under a category marked "terrorism".

Mohamed Kozbar, the chairman of Finsbury Park Mosque, told MEE that Thomson Reuters had agreed to pay a five-figure sum.

"I think many organisations and charities were waiting on our case to see what the outcome is, so they can decide what they want to do - as far as I know, a few of them are willing to take this case further and challenge World-Check as well, because they have also been labelled terrorist organisations," said Kozbar.

"They [Reuters] accepted everything we asked and they changed our profile on World-Check and they will be writing to all banks and government departments who have access to their profile to tell them that this is the case, that we are not a terrorist organisation and that they regret that and to clarify their position on this matter.

"We are worried, unfortunately, it is now common - people, when they cover something about Muslims, most of the coverage is negative coverage and this is one of them unfortunately. But it is our responsibility to challenge that and not to let it go without challenge, so this is why, as Finsbury Park Mosque, we challenged this case and we won it and we would encourage others to do the same."

Farooq Bajwa, whose law firm represened the mosque, told MEE that Oborne's investigative journalism had been "absolutely critical" to the success of Finsbury Park Mosque's case.

"Without Peter's initial BBC investigative report we hadn't been able to link World-Check to the closure of the account so it was absolutely critical," said Bajwa.

"He and his producer Anna Meisel deserve a lot of credit for bringing this story to the public and helping us to do what we did."

World-Check claimed in 2015 that it drew on publicly available information in compiling its profiles and used "only reliable and reputable public domain sources".

It stressed that the decision whether or not to offer financial services to a customer lies with the banks.

Its entry on Finsbury Park was based on the mosque's former association with Abu Hamza al-Masri, an al-Qaeda-sympathising Egyptian cleric who was convicted of terrorism charges and jailed for life in the US last year.

But Finsbury Park Mosque was taken over by new management a decade ago and has since been recognised for its community outreach work.

Speaking outside the High Court, Kozbar said: "The curtailment of our banking facilities severely impacted our ability to provide services to our congregation and as well as to our local community and we were unable to penetrate the cloak of secrecy surrounding World-Check and their relationship with the banks.

"Having found out about World-Check’s defamatory profiling of us, we were then, with the assistance of our lawyers, able to initiate proceedings which have resulted in these false allegations being expunged from World-Check’s records.

"World-Check has today confirmed in open court that it has withdrawn from its database any claim that the mosque has any link to terrorism. It has furthermore expressed its regret for publishing those false allegations and agreed to pay us damages as well as our legal costs."

In a statement to MEE, Thomson Reuters said that World-Check was based on sanctions data from official bodies and "reliable and reputable public domain sources".

"We also provide secondary identifying information on individuals, such as dates and place of birth, and this will be similarly verified with reputable and official sources," it said. "If blog content appears, it is only as a supporting source for that secondary information, and we make that clear." 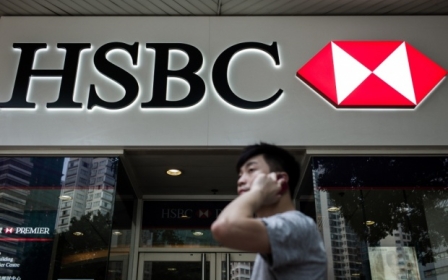