The UK government has suffered a parliamentary setback over proposed legislation that would give it powers to secretly strip people of their citizenship.

Members of the House of Lords, the UK parliament’s upper chamber, voted on Monday against the extension of already far-reaching powers, as they continue to consider amendments to the government’s controversial Nationality and Borders Bill.

However, the House of Lords will not have the final say on the bill. MPs in the House of Commons, where the government has a large majority, could yet reject the Lords’ proposed changes.

Nor does the removal of the amendment have any effect on existing citizenship-stripping powers, which have been extensively used in recent years against British nationals who travelled to Syria.

Critics argue that the powers discriminate against migrant communities and minorities, because they can only be used against people with dual nationality or an entitlement to citizenship of another country.

The proposed extension of the powers, contained in clause nine of the bill, would remove the need for the government to give notice when depriving someone of citizenship in some circumstances.

'What this law does is that in the United Kingdom, in our courts, we punish two people convicted of the same crime differently based upon their heritage'

Speaking in favour of the removal of clause nine, Baroness D’Souza said: “The secret power to deprive citizenship without notice and/or appeal threatens our cherished British values of fair play and the rule of law. It would also risk unduly affecting ethnic minority communities.”

Baroness Warsi, a peer for the governing Conservative Party, said citizenship-stripping powers created a two-tier system in which she and other children of migrants to the UK were “second-class citizens”.

“What this law does is that in the United Kingdom, in our courts, we punish two people convicted of the same crime differently based upon their heritage,” she said.

Today ⁦@UKHouseofLords⁩ defeated the government and voted to remove #Clause9 from the #NationalityAndBordersBill
Today I reminded my colleagues of the underlying law that Clause 9 was seeking to implement without notice
Peers from all parties stood together to fight this✊🏽 pic.twitter.com/iIUq0K7hdy

"We may not have taken this moment to put right the wrongs of the past but the least we can do is to stop a bad law becoming worse."

The House of Lords had earlier considered amendments to clause nine proposed by Lord Anderson, the former reviewer of counter-terrorism legislation, which would have limited the circumstances in which citizenship could be revoked without notice. Baroness Williams, a Home Office minister, also said there were circumstances in which no-notice powers would be necessary, citing the example of “an [Islamic State group] supporter who has committed terrorist attacks and is hiding in the mountains in Syria”.

But the House of Lords voted by 209 votes to 173 to remove clause nine from the bill entirely.

It also rejected government proposals to divide asylum into two groups based on whether they arrived in the UK via sanctioned or unsanctioned routes, and to make it a criminal offence to arrive in the UK without permission.

Campaigners welcomed the government’s defeat, and called on ministers and MPs to look again at citizenship-stripping powers.

“Peers have heard the outcry against this attempted power grab by the home secretary. Now MPs must listen, and strike this discriminatory provision from the bill," said Maya Foa of campaign group Reprieve.

“The government's powers to strip citizenship are already the broadest in the G20. They are used disproportionately against people from ethnic minority communities. Today the House of Lords said: enough."

Zara Mohammed, the secretary-general of the Muslim Council of Britain, said: "This is really welcome news and a great testament to the strong voices across all communities who have highlighted how draconian and damaging this clause would be." 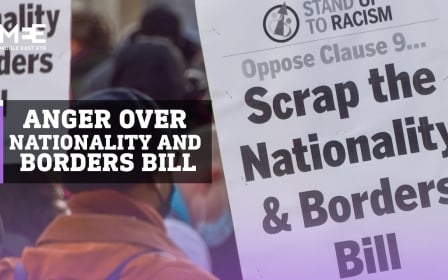 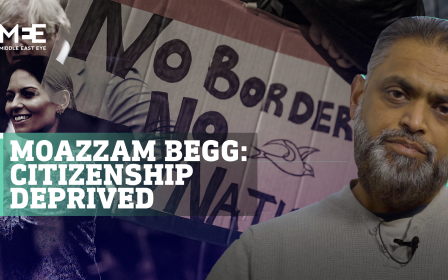 Islamophobia
Moazzam Begg on the UK Nationality and Borders Bill