Europe's largest Palestine convention is to go ahead in the UK after surviving attempts by pro-Israel lobbyists to have it cancelled.

The Palestine Expo, organised by the non-profit Friends of al-Aqsa (FOA) group, is expected to draw about 10,000 people to the Queen Elizabeth Centre in London, on 8 and 9 July.

But doubts emerged as to whether the event would go ahead after the UK's local government minister, Sajid Javid, whose department controls the QEII Centre, had warned he was "minded" to cancel the event.

Since the decision to go ahead was announced, momentum has grown and thousands of tickets have been sold

Javid's intervention came amid claims by various Jewish and pro-Israel groups that FOA had previously praised Hamas and Hezbollah, two groups proscribed in the UK.

In a letter to the DCLG written by JHRW's lawyers, it said: "Our client is certain that this event is a front for Jew hate and that the main groups (Friends of al-Aqsa and the Palestine Solidarity Campaign) are organisations promoting Boycott, Divestment and Sanctions (BDS) in relation to Israel, a known anti-Semitic movement."

However, the claims were dismissed after a government departmental investigation, and the event was told it could go forward.

Ismail Patel, the founder and chairman of FOA, described the pro-Israeli group's claims as "baseless".

"Since the decision to go ahead was announced, momentum has grown and thousands of tickets have now been sold," Patel told MEE.

"It now means people in the UK can come and celebrate all things Palestinian at one of the most prestigious buildings in the country."

Speaking about the government's decision to not ban the event, Patel said described it as "not a victory as this is us simply exercising our democratic right".

"The pressure came early from pro-Israeli groups that deliberately conflated our work and past statements as anti-semitic and supporting terrorism," he said.

The PSC also denied accusations that it supported "Jew hate" and was anti-Semitic, saying that it would take legal action over what it described as "defamation".

Javid had written a letter to FOA on 14 June saying he had concerns about the group's "public support for a proscribed organisation, namely Hamas, and that you have supported events at which Hamas and Hezbollah - also proscribed - have been praised."

After investigations, the Department for Communities and Local Government said it was "content" that the event could be staged.

It said: "We have worked with the QEII Centre to carry out checks following concerns raised about the Palestine Expo 2017.

"Following these checks, we have agreed the event can take place as planned."

The event, which costs £20 to attend, is expected to include political discussions, concerts, comedy acts, workshops and a food court.

Earlier this year, MEE revealed how British universities had cancelled events hosted by pro-Palestine societies across the country in a bid to "manage" Palestine activism on UK campuses as part of the Prevent strategy. 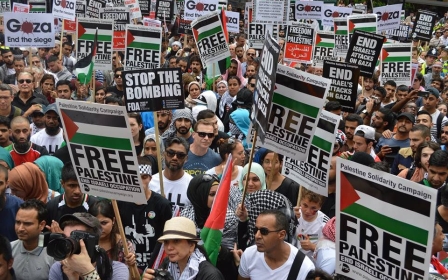 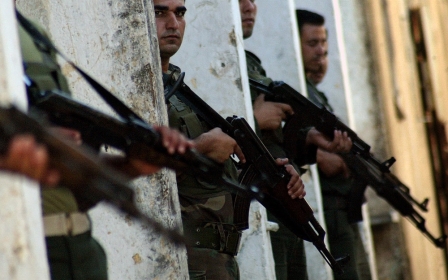 Palestine State
Thoughtcrime in Palestine: Where opinions land you in jail 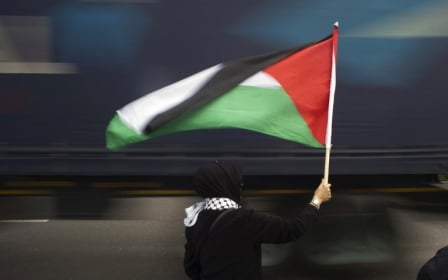