UN: 10,000 'terrorists' in Syrian region of Idlib must be defeated

De Mistura calls on Turkey and Russia to forestall battle in north Syria, saying he will go to the province himself to secure humanitarian corridors Turkish forces are seen in a convoy on a main highway between Damascus and Aleppo on August 29, 2018. (AFP)
By
MEE and agencies

United Nations Special Envoy to Syria Staffan de Mistura said on Thursday that the UN estimates that around 10,000 "terrorists" remain in northern Idlib province and need to be defeated.

De Mistura spoke to reporters in Geneva as the Syrian government and its allies Russia and Iran talk up the likelihood of an assault on the last rebel-held Syrian province.

The envoy called on Russia, Iran and Turkey, which borders Idlib to the north and backs several Syrian rebel groups, to forestall a battle in the province, saying it would impact millions of civilians and could see both sides using chlorine as a chemical weapon.

As President Bashar al-Assad's forces have rolled back rebels from territory they gained since the 2011 uprising began, hundreds of thousands of rebels and civilians have flooded into Idlib.

'I am once again prepared… personally and physically to get involved myself, with the government cooperation this time… to ensure such a temporary corridor would be feasible'

Around three million people are estimated to reside there now, more than half of them from elsewhere. De Mistura's estimation of 10,000 "terrorists" - by which he likely means fighters belonging to Hay'at Tahrir al-Sham (HTS), which is led by al-Qaeda's former Syrian branch - is a fraction of the various rebel groups now operating in northern Syria.

Turkey opposes a large-scale offensive in Idlib, fearing an attack could not only cost thousands of lives but prompt a new wave of displacement across the Turkish border. Turkey already hosts more than three million Syrian refugees.

Ankara has been asking Russia for time to isolate HTS - which is commonly seen as an extremist group and whose existence is used by Russia as reason to attack rebel-held areas - from other rebel groups and root it out of Idlib.

“It’s important to deactivate all the terrorist groups since they are posing a threat to Turkey on our border. But a military solution would be a disaster not only for Idlib but for all Syria," Turkish Foreign Minister Mevlut Cavusoglu said in a joint news conference with his Russian counterpart Sergey Lavrov in Moscow on Friday.

This sentiment was echoed by de Mistura on Thursday, who called for humanitarian corridors to be opened in the province, and said he would travel there himself in order to secure them.

"I am once again prepared… personally and physically to get involved myself, with the government cooperation this time… to ensure such a temporary corridor would be feasible and guaranteed for the people so that they can then return to their own places once this is over," he said.

Turkey, Russia and Iran are currently engaged in a diplomatic flurry as they seek a solution to the Idlib conundrum. It is unclear if Turkey will be given the time it asks for to deal with HTS, or if the Syrian government and its allies are willing to make a distinction between the militant group and other rebels in the province.

The Kremlin on Thursday called Idlib a hotbed of terrorists and said not tackling the problem was not a good option.

Kremlin spokesman Dmitry Peskov made the comments to reporters on a conference call while answering a question about planned Russian naval drills in the Mediterranean, an exercise he said the difficult situation in Syria justified.

“Russia sees a cloud over Idlib, a cloud of terrorists. They don’t think any armed group in [Idlib] city is different than others, they consider them all terrorists. That’s why Turkey is negotiating with some of the groups to convince them to drop their weapons, but it’s not that easy as each group has power and earns revenues in their areas of control,” the diplomat, who spoke on the condition of anonymity, said. 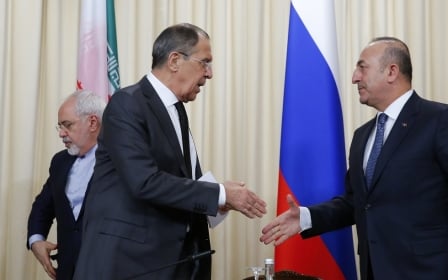 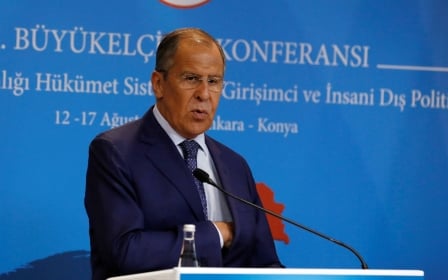