UN chief calls for immediate de-escalation of fighting in Syria 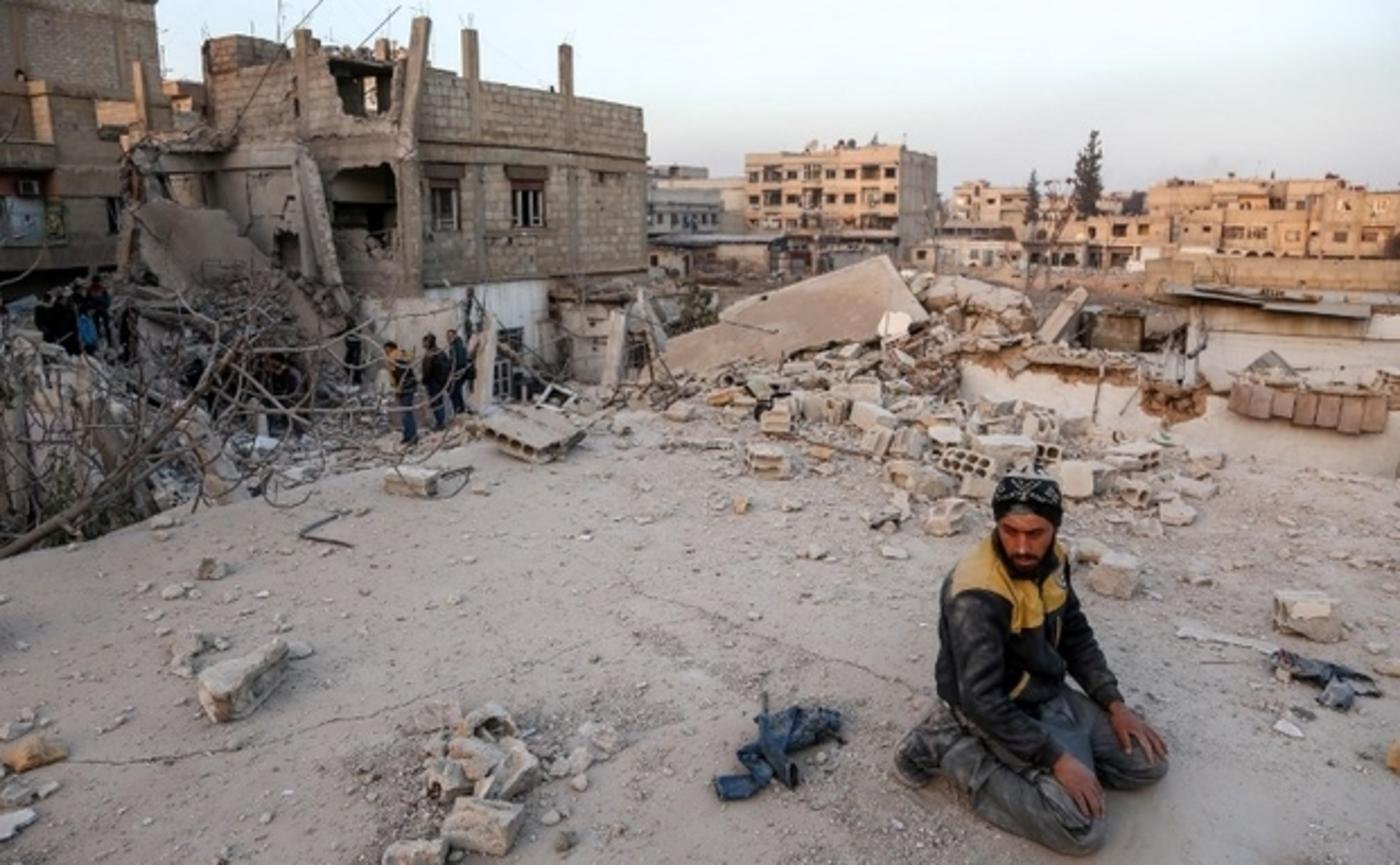 United Nations Secretary-General Antonio Guterres on Saturday called for an immediate de-escalation in Syria after Israel carried out raids inside the war-torn country.

Guterres is "following closely the alarming military escalation throughout Syria and the dangerous spillover across its borders," UN spokesman Stephane Dujarric said in a statement.

Guterres stressed that all concerned in Syria and in the region must abide by international law.

"He calls on all to work for an immediate and unconditional de-escalation of violence and exercise restraint," Dujarric said.

This came after the UN Security Council began considering a draft resolution demanding a 30-day ceasefire in Syria to allow for urgent deliveries of humanitarian aid, according to the text seen by AFP on Friday.

Sweden and Kuwait presented the measure that would also demand an immediate end to sieges, including in Eastern Ghouta where a bombing campaign by government forces has killed more than 240 civilians in five days.

The proposed measure came a day after the council failed to back an appeal by UN aid officials for a month-long pause in fighting.

Russian Ambassador Vassily Nebenzia said it was "not realistic" to impose a ceasefire because armed groups fighting Syrian President Bashar al-Assad's forces were unlikely to uphold it.

Russia has repeatedly blocked action in the council that would put pressure on its ally Assad.

Negotiations on the proposed measure are to begin on Monday and diplomats said it could quickly come to a vote at the council.

It remained unclear whether Russia would resort to its veto to block the draft resolution proposing the 30-day truce, diplomats said.

The measure would decide "that all parties to the Syrian conflict shall immediately abide by a humanitarian pause and cessation of violence throughout Syria, for a period of 30 consecutive days," according to the text.

The draft demands that all sides allow medical evacuations 48 hours after the start of the humanitarian pause.

Convoys carrying food, medicine and other vital supplies would be authorised to make weekly deliveries to civilians in need, in particular to the 2.9 million Syrians living under siege or in hard-to-reach areas.

The Syrian Observatory for Human Rights said at least 75 people died on Thursday, three of wounds suffered the previous day.

That brought the civilian death toll since Monday to nearly 220.

UNICEF director Henrietta H. Fore said that life inside Eastern Ghouta was a "living nightmare" for the thousands of residents in the rebel enclave.

“For children who remain trapped under siege and under wanton, heavy violence across Syria, life is a living nightmare," said Fore. "They are struggling just to stay alive.”

Eastern Ghouta is home to an estimated 400,000 people who have lived under crippling government siege since 2013.

The draft resolution calls on all parties to "immediately lift the sieges of populated areas" and "cease depriving civilians of food and medicine indispensable for their survival."

The UN humanitarian coordinator in Syria, Panos Moumtzis, on Tuesday called for the month-long ceasefire across Syria as fighting in Eastern Ghouta and Idlib escalated.

UNICEF said dozens of children have reportedly been killed this week and that life under such heavy violence had turned into a "living nightmare" for children.

The draft resolution expresses "outrage at the unacceptable level of violence escalating in several parts of the country," in particular in Eastern Ghouta and Idlib.