The United Nations says at least 202 mass graves were excavated in Iraq, containing thousands of victims The Islamic State group left behind more than 200 mass graves in Iraq, containing up to 12,000 victims, which could hold vital evidence of war crimes, a new UN report revealed on Tuesday.

The United Nations in Iraq (UNAMI) and its human rights office said it had documented a total of 202 mass graves in parts of western and northern Iraq held by IS between 2014 and 2017.

Even more sites could be uncovered in the months to come, the report warned, urging Iraqi authorities to properly preserve and excavate them to provide closure for victims' families.

"The mass grave sites documented in our report are a testament to harrowing human loss, profound suffering and shocking cruelty," said the UN's representative in Iraq, Jan Kubis.

"Determining the circumstances surrounding the significant loss of life will be an important step in the mourning process for families and their journey to secure their rights to truth and justice," he said.

Meaningful truth and justice requires the appropriate preservation, excavation and exhumation of mass grave sites and the identification of the remains of the many victims and their return to the families

IS overran swathes of Iraq in 2014, executing fighters and civilians en masse and using other forms of repression to seize and keep territory in the country's north and west.

The mass graves may "contain critical forensic material" that could help uncover the details of these violations, as well as identify the victims, the UN said on Tuesday.

“Evidence gathered from these sites will be central to ensuring credible investigations, prosecutions and convictions in accordance with international due process standards,” the report states.

“Meaningful truth and justice requires the appropriate preservation, excavation and exhumation of mass grave sites and the identification of the remains of the many victims and their return to the families."

UN investigators began collecting evidence on war crimes, crimes against humanity, or genocide in August for Iraqi courts to use in trials of accused IS militants.

Out of the 202 mass graves documented in the UN's new report, just 28 of them have been excavated and 1,258 bodies exhumed by Iraqi authorities.

The largest number of graves were located in the governorates of Nineveh (95), followed by Kirkuk (37), Salahaddin (36) and then Anbar (24), according to the report.

Nearly half the total sites are in Nineveh province, where IS's onetime Iraqi capital Mosul lies and where the militants committed mass atrocities against the Yazidi minority.

The rest of the sites are distributed in the northern regions of Kirkuk and Salahaddin, or Anbar in the west.

The "Khasfa sinkhole” in al‐Khasfa, south of Mosul, discovered on 24 February 2017, is thought to be the largest of the gravesites discovered.

The report said the government believes that up to 4,000 persons were killed and disposed of at the site. 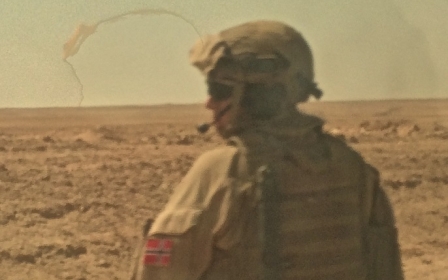