Commission of Inquiry into the 2018 Gaza protests calls on Israel to investigate the shooting of more than 6,000 people

UN war crimes investigators have called on Israel to stop its snipers using lethal force against protesters on the border with Gaza, as the anniversary approaches of the start of demonstrations there last year in which 189 Palestinians were killed.

Presenting its findings, the Commission of Inquiry into the 2018 Gaza protests said on Monday that Israel should investigate the shooting of more than 6,000 people, far beyond the criminal inquiries it has announced into 11 killings.

Addressing the Human Rights Council in Geneva, Santiago Canton, the commission's chairman, said Israel's Supreme Court should review the confidential rules governing lethal force after the panel found it had been "in the majority of cases authorised unlawfully". 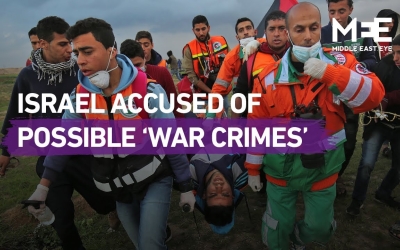 Large crowds were expected to mark the anniversary of the start of the Gaza demonstrations on 30 March, Canton said.

The protesters are demanding that Israel ease its blockade of Gaza and recognise their right to return to lands their families were deprived of when Israel was founded in 1948.

"In a situation of crowd control, which is the way we see these demonstrations, rubber bullets could have been used," Canton told reporters, rather than "high velocity bullets and long-range sniper rifles equipped with sophisticated optical aiming devices".

Israel says the UN council is biased, and boycotted the day-long debate, while hundreds of Israeli supporters rallied outside the United Nations building in Geneva, including senior US officials.

The commission's preliminary report said last month that Israeli security forces may have committed war crimes and crimes against humanity in its response.

Canton said the independent experts were sending their confidential list of suspected perpetrators to UN human rights chief Michelle Bachelet, for forwarding to the International Criminal Court, which opened a preliminary examination of alleged Israeli abuses in 2015.

Ahead of the meeting in Geneva, the Israeli human rights organisation B'Tselem issued a position paper calling Israel's promise to investigate 11 incidents in which protesters were killed "mere propaganda".

In the paper, B'Tselem said it was standard practice for Israel to announce investigations into such killings in order to ease international pressure whenever its policy comes under fire. "For the past year, Israel has implemented an unlawful open-fire policy towards Palestinians protesting near the Gaza perimeter fence, which permits live fire at unarmed protesters who pose no danger to anyone," B'Tselem said.

"The 'investigations' carried out by the military whitewashing mechanism, under the leadership of the Military Advocate General (MAG), are meaningless other than their role in aiding Israel's effort to silence international criticism.

"They do not lead to adopting any measures against any of the people responsible for harm to Palestinians, as from the very outset the investigations do not probe the responsibility at the level of officials who set out and approved the policy or the unlawful orders.

"The investigations do not deter the troops serving on the ground, as they are so few and far between, and even in cases in which an investigation was actually launched, it was then almost invariably closed without any further measures," it said.

Israel claims its forces open fire to protect its border from incursions and attacks by armed groups.

Earlier on Monday, a UN human rights investigator said Israel was depriving millions of Palestinians of access to regular clean water supplies and stripping the land of minerals "in an apparent act of pillage". 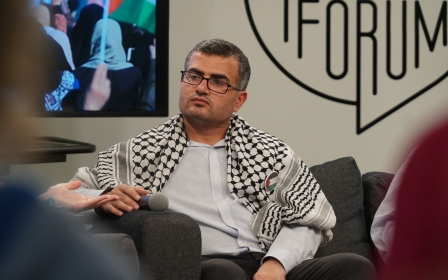