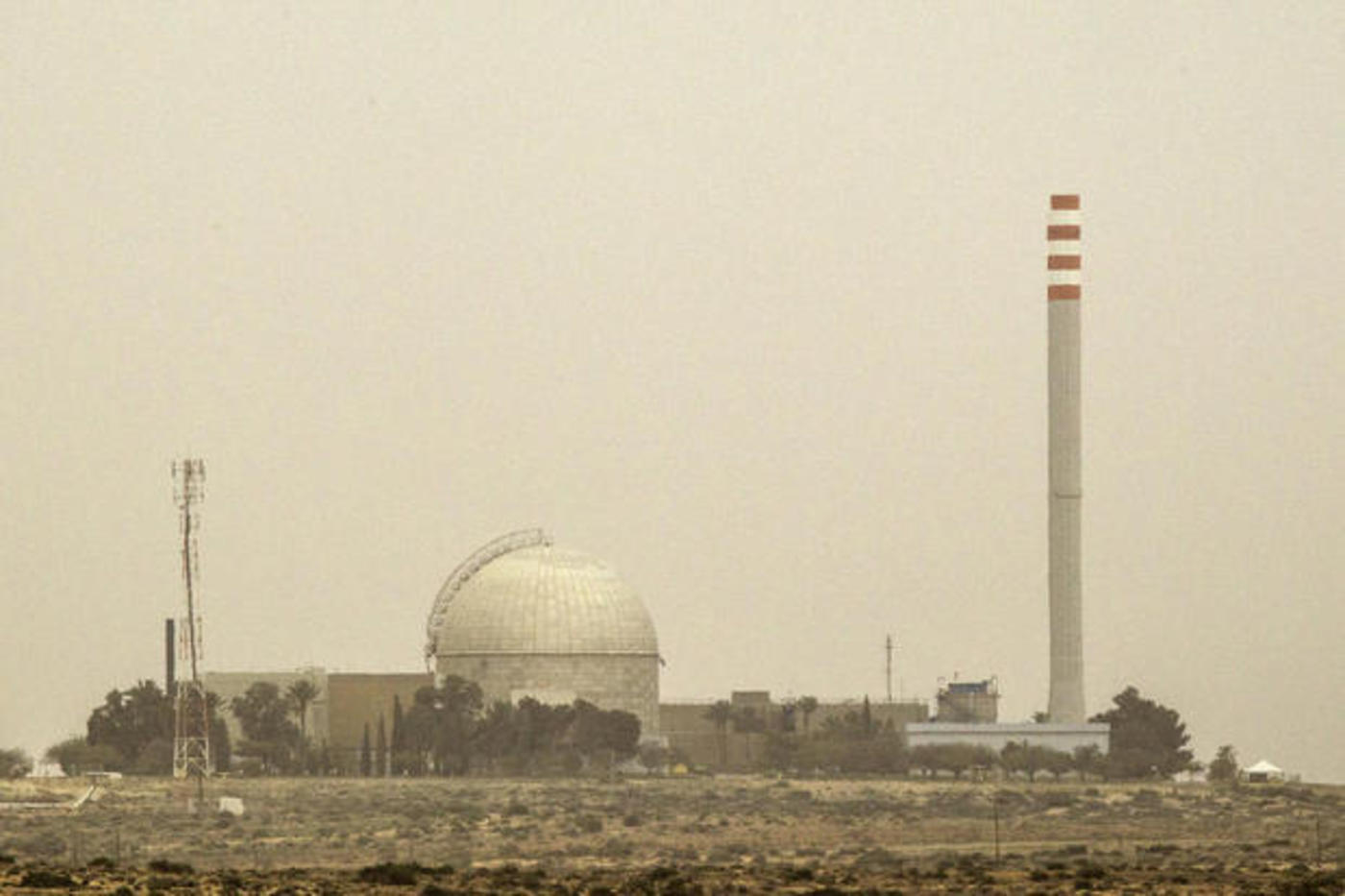 With US help, Israel has kept a veil of secrecy over its nuclear programme for decades
By
Kaamil Ahmed

Donald Trump's administration had re-asserted its backing for Israel’s policy of secrecy about its own nuclear capabilities, as the Israeli government seeks to persuade the world Iran "lied" about not having a clandestine nuclear weapons programme.

The US government recently rebuffed Egypt’s renewed attempts to press Israel into showing its hand, suggesting that cannot happen until Israel is recognised by all of its neighbours.

Egypt wants Israel to sign up to a 1995 treaty on disarming the region and to submit to measures the International Atomic Energy Authority uses to ensure nuclear weapons are not spread.

"Such efforts are mistaken and unproductive," the US said in an submission to a preparatory committee last week, which claimed they still supported the treaty but adopted Israel’s position that regional conditions were not suitable.

The image of Israel having nuclear capabilities is the important thing, not what we have or don’t have

Israel and the US have agreed to keep its nuclear capabilities secret since the 1960s, according to Zaki Shalomis, a senior research Fellow at the Tel Aviv-based Institute for National Security Studies.

"Israel has managed to create a conviction among the world and the Arab States and Iran and that’s what’s important,” he said of why Israel maintains the veil of secrecy over its nuclear programme.

"The image of Israel having nuclear capabilities is the important thing, not what we have or don’t have."

In 2015, the US, UK and Canada blocked an Arab League resolution to force a conference that would discuss disarmament, including Israel despite its lack of approval.

The US however blames the lack of progress in making the Middle East nuclear-free on a lack of trust between states, alleged secret attempts by Iraq, Iran, Syria and Libya to pursue nuclear weapons programmes, and a lack of political will.

“Regional states should establish channels for direct dialogue with their regional neighbors, acknowledge the legitimacy of other parties’ security concerns, and recognise Israel as a sovereign state,” it said.

It said the region could instead make progress by countries adhering more closely to IAEA guidelines, despite blocking Egypt’s attempts to urge Israel to do the same.

Israel steadfastly refuses to admit to possessing nuclear weapons even while Netanyahu pushes for an end to a nuclear deal with Iran.

On Monday, Netanyahu claimed documents smuggled from Iran by Israeli intelligence agents proved Iran had been lying about its nuclear weapons programme, though diplomats said there was no proof Iran has breached the deal signed in 2015.

"There is nothing new for Israel. It might be new for other countries, but not for Israel," said Yatom. Preparations are under way for a 2020 conference on making the Middle East nuclear free.

Egypt’s own statement in preparation for the 2020 conference, submitted in May 2017, signalled its intention to continue to call for Israel to sign up to the IAEA so that regional nuclear disarmament could be realised.

“At a time when the international community is working diligently to address other regional non-proliferation cases, it is essential that issues related to non-proliferation be addressed comprehensively, without selectivity,” the Egyptian statement said.

Israel’s former parliament speaker Avraham Burg was criticised in 2013 for openly talking about the country having nuclear weapons and calling for an end to the policy of secrecy.

In 1988, Israeli whistleblower Mordechai Vanunu was convicted for revealing details of his work at the Dimona nuclear facility to a British newspaper, describing how much material Israel was making for us use in nuclear weapons. Iran Nuclear
Q&A: The Iran nuclear deal, and why Netanyahu and Trump oppose it