US envoy for Yemen blames Houthis for failure to reach ceasefire

Tim Lenderking played down the effect of the blockade on the humanitarian crisis, accusing the Houthis of impeding aid 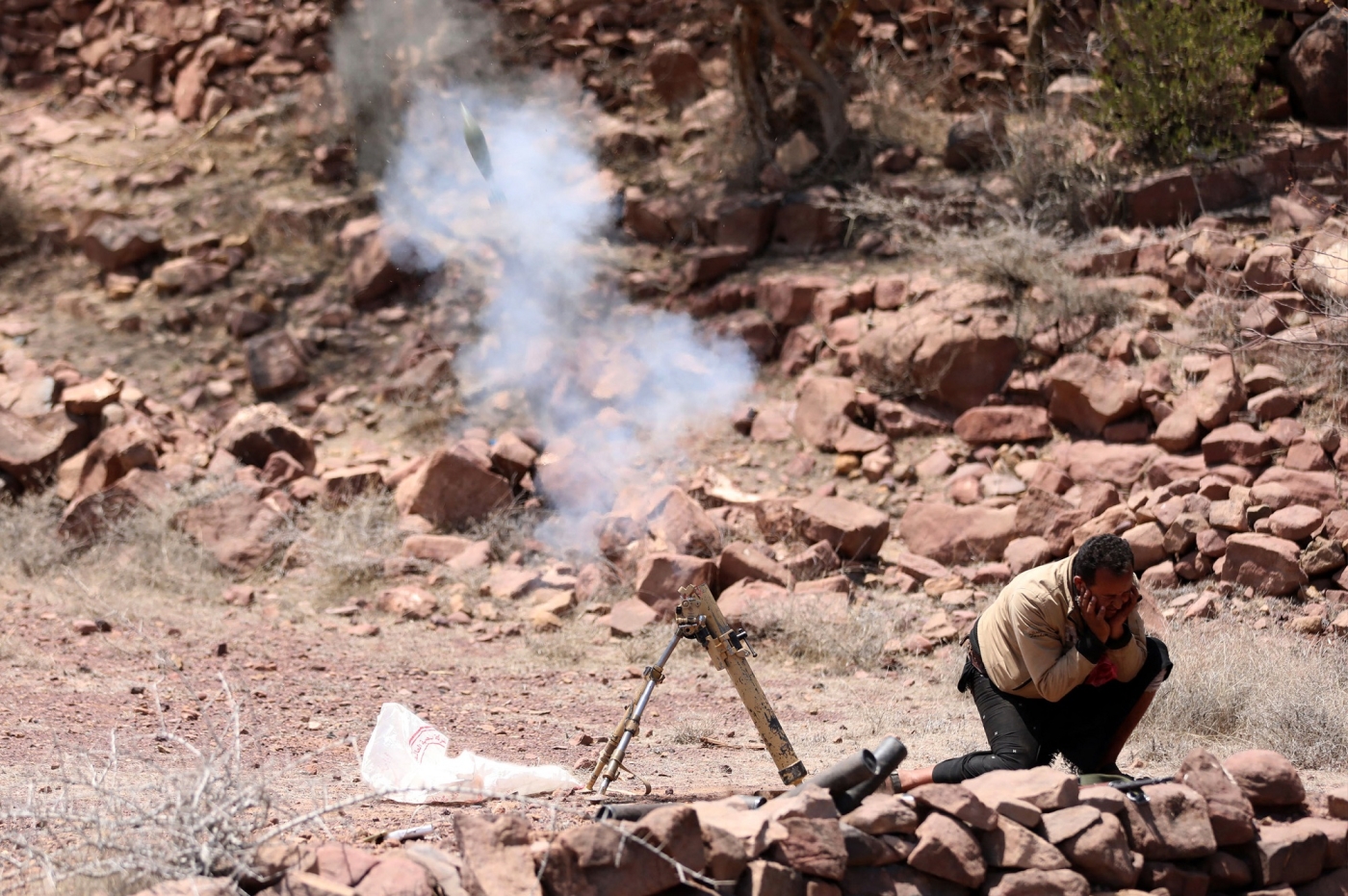 A fighter loyal to Yemen's Saudi-backed government launches a mortar during clashes with Houthis near Taiz, 8 March (AFP)
By
Ali Harb
in
Washington

The US envoy for Yemen has blamed the Houthis for the continuing violence in the country, and accused the rebels of escalating the conflict at a time when Saudi Arabia has committed to a ceasefire.

Speaking virtually at the Atlantic Council on Friday, Tim Lenderking also rebuked the Houthis for impeding the delivery of humanitarian aid in the war-torn country.

"We now have a sound plan for a nationwide ceasefire with elements that would immediately address Yemen's dire humanitarian situation directly. That plan has been before the Houthi leadership for a number of days," the US diplomat said.

But instead of committing to ending the conflict, Linderking added, the Houthis were "tragically" prioritising a military campaign in Marib - an oil-rich government stronghold.

"Saudi Arabia is largely committed to a unilateral ceasefire since September of last year despite more than 30 Houthi attacks deep into the country with missiles and drones in this month alone," Linderking said.

Mohamed Abdulsalam, spokesman of the Houthi movement, slammed Linderking's remarks on Friday, saying the US effort did not meaningfully end the blockade, and only partially opened the Sanaa airport to select destinations via permits approved by Riyadh.

"If they were serious about ending the aggression and the blockade, they would have announced an end to the war in a serious manner, and we would have welcomed that step," Abdulsalam told the Houthi-aligned Almasirah TV.

The Saudi-led coalition had renewed its air strikes on  Sanaa earlier this week in response to Houthi missile and drone attacks. 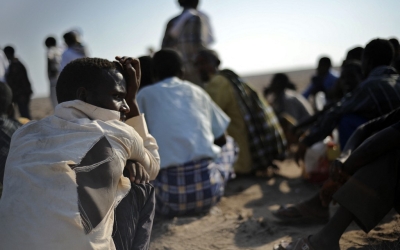 US President Joe Biden announced in February the halting of American support for the Saudi-led coalition's "offensive operations" in Yemen.

But the war-torn country remains under a sea, land and air blockade by the coalition that has drastically shrunk the impoverished country's food and fuel imports.

On Wednesday, Linderking appeared to play down the effects of the siege on the humanitarian crisis, instead blaming the Houthis for preventing aid from reaching people who need it.

He said the rebels continued to "impede" the flow of food, fuel and goods into areas under their control.

"I know you've seen reports in the press lately to the contrary, but in reality food is consistently arriving at the Hodeidah port, according to data provided by the UN Verification and Inspection Mechanism," Linderking said.

"Unfortunately we cannot ensure that food that passes through the port and reaches those in need, as that area is under Houthi control. The US will work with the government of Yemen and Saudi Arabia to find a way to deliver fuel and ensure it makes it to the Yemenis who need it most."

UN data shows that food imports through the ports of Hodeidah and Saleef dropped from 483,000 tonnes  a month to 268,000 tonnes in February. Yemen, where food production is limited domestically, relies heavily on imported goods.

Moreover, no fuel whatsoever was allowed into Yemen last month. The UN Verification and Inspection Mechanism had cleared more than 43,000 tonnes for delivery in February, but the cargo was blocked by the Saudi-led coalition.

"A lack of fuel has left the population struggling to reach markets, access health facilities and other vital services. Meanwhile, people are queuing for up to three days to refuel their cars or forced to turn to the parallel market where prices are 180 percent higher."

Media reports on fuel shortages renewed calls for lifting the blockade on Yemen - a demand that Houthis say should be met before peace talks begin.

"With 400,000 children now at risk of starvation in Yemen, the US must tell the Saudis in no uncertain terms: immediately end the blockade and let humanitarian aid in. #YemenCantWait," Senator Bernie Sanders wrote in a tweet on Thursday.

'The blockade is the humanitarian crisis'

Arwa Mokdad, peace advocate with the Yemen Relief and Reconstruction Foundation, said Linderking's comment "does not match with reality", citing the UN figures proving that fuel had not been allowed into the country.

"The blockade is the humanitarian crisis," Mokdad told MEE. "No matter how much aid enters the country, which is already limited in amounts, no aid can support 30 million people. That's impossible. We need to lift this blockade and allow commercial ships in as well."

Mokdad added that while there was some evidence of Houthis obstructing aid, the real problem was the siege, which she called the "silent killer" of Yemenis.

"If there was enough commodities entering the country, such as fuel, food and medicine, the informal markets would no longer be relevant," she said. "So, lifting the blockade is the answer."

"The fact that fuel ships are not moving is a genuine problem... The fuel is not only for motor vehicles; it's for homes; it's for hospitals; it's for the institution," he said.

The US diplomat went on to laud the kingdom immediately after talking about fuel shortages.

"The Saudi leadership is prepared to address the conflict in a way that maybe they weren't prepared six months ago or 12 months ago, and they're providing full support for my efforts, and I do think that is absolutely critical," Linderking said.

"I'm looking for the same response from the other side; I'm eager for it."

"We agreed to the conditions that the other sides suggested to ensure the arrival of humanitarian aid, and when they could not find any excuse for continuing the blockade, they said the [aid] is not reaching those who need it." 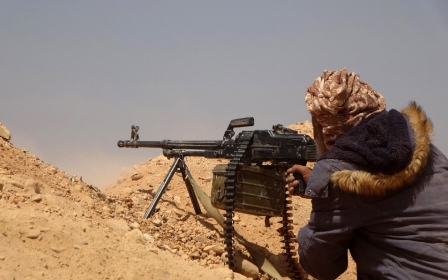 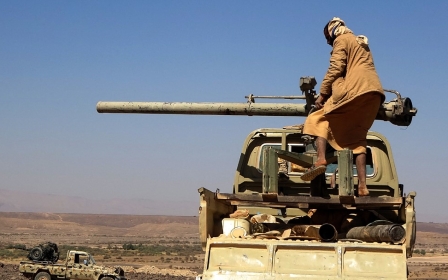 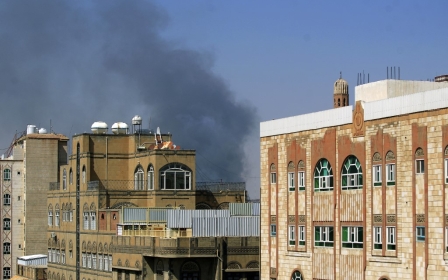