Critics say motion, passed in 407-23 vote, aims to stifle legitimate criticism of US support for Israel 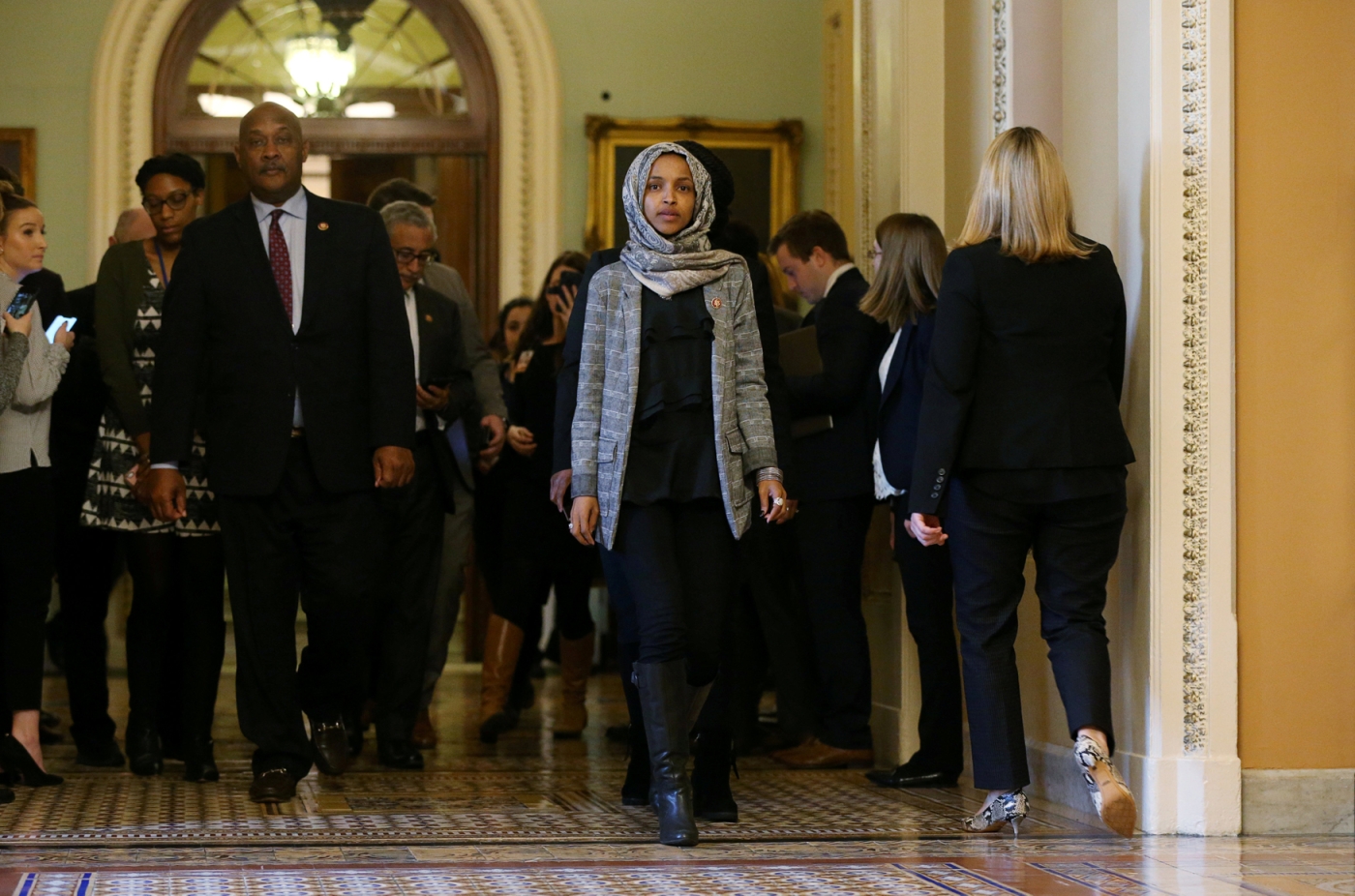 US lawmakers approved a measure that condemns anti-Semitism, Islamophobia and other forms of hate amid a backlash over controversial comments by Democratic Congresswoman Ilhan Omar.

The measure was approved in the US House of Representatives on Thursday by a 407-23 vote.

The decision follows acrimonious debate over how to reprimand Omar, who sparked a firestorm when she criticised Israel and the influence that pro-Israel lobby groups, including the American Israel Public Affairs Committee (AIPAC), exert in US politics.

While the resolution did not identify Omar specifically, it was seen as a rebuke of those comments from the leadership of her own Democratic Party.

The initial version of the measure sought to condemn anti-Semitism alone, but it was later expanded to rebuke Islamophobia and other forms of hatred amid pressure on Democratic leaders over how they handled the row.

"I want to talk about the political influence in this country that says it is OK for people to push for allegiance to a foreign country," Omar said at a town hall at Busboys and Poets Cafe last Thursday.

"I want to ask, why is it OK for me to talk about the influence of the [gun lobby] NRA, of fossil-fuel industries, or Big Pharma, and not talk about a powerful lobby that is influencing policy?"

Omar's use of the phrase "allegiance to a foreign country" led to criticism that she was accusing Jewish-Americans of dual loyalty. 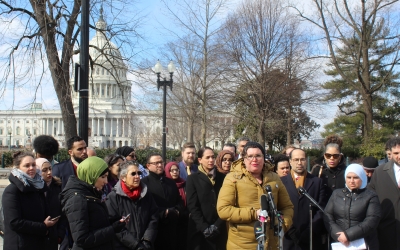 Several lawmakers expressed outrage at her comments, warning that Omar was peddling age-old anti-Semitic tropes about Jews having dual allegiances.

Omar also has repeatedly denounced anti-Semitism and other forms of bigotry.

"We don't need seven pages; we need people to realise that words have consequences. That being a member of Congress matters ... Hate is hate. We shouldn't lump it with everything else and give moral equivalency," said Republican Congressman Doug Collins.

Responding to the vote on Thursday, the Council on American-Islamic Relations (CAIR) said that while bigotry must be condemned, the purpose of the resolution was rooted in an attempt to silence "legitimate criticism".

"All Americans should support statements denouncing anti-Semitism, Islamophobia and other forms of bigotry. Unfortunately, this resolution was introduced to silence legitimate criticism of domestic support for the discriminatory and segregationist policies of a foreign government that receives billions of American taxpayer dollars," the group said in a statement.

On Wednesday, in a closed-door meeting of Democrats, the debate expanded to address hateful rhetoric in general, with some lawmakers pushing to include resolution language that decries anti-Muslim bias.

Earlier this week, Jewish- and Muslim-American activists gathered across from the US Capitol building to show solidarity with Omar.

The deputy director for Jewish Voice for Peace, a group critical of Israel's human rights abuses against Palestinians, said Omar was "exactly right" about the pro-Israel lobby's "outsized influence in Washington".

"In a time of rampant Islamophobia and anti-black racism coming from the halls of power, [the] Democratic leadership needs to be decrying xenophobia, needs to be standing with black Americans and not scapegoating them, as they are doing with Representative Omar," Rabbi Alissa Wise said.

Several Democratic presidential hopefuls have come out in support of Omar, as well, including Bernie Sanders, Kamala Harris and Elizabeth Warren.

Some Democrats also have expressed anger that Omar could be facing an implicit rebuke, while racist statements by Trump and other Republicans go largely unchallenged.

In the middle of the Democrats' talks about the way forward amid the controversy, US President Donald Trump tweeted on Wednesday that it was "shameful that House Democrats won't take a stronger stand against anti-Semitism".

Congressman John Yarmuth, a Democrat from Kentucky, said Omar may have been careless with the words she used, but he said Republicans have established a double-standard when condemning forms of hatred.

"There's no question that Representative Omar was careless in the way she discussed a very real and serious problem of humanitarian violations by the Netanyahu government with the United States' approval," he said in a statement.

"I know now she better understands the pain and history of the use of anti-Semitic tropes, as well as the weight of her words as a member of Congress. But the flood of sanctimony from Republicans who tacitly condone deliberate bigotry at the highest levels of their party and of this government is the height of hypocrisy."

US Politics
Trump faces backlash for calling Saudi crown prince 'my friend'
US Politics
Yalla Count Me In: Arab Americans urge US census participation
Coronavirus
Fearing 'humanitarian disaster' Senators call on US to release aid to Palestinians amid coronavirus 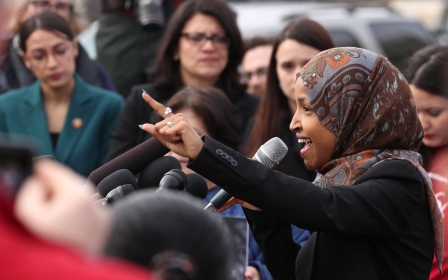 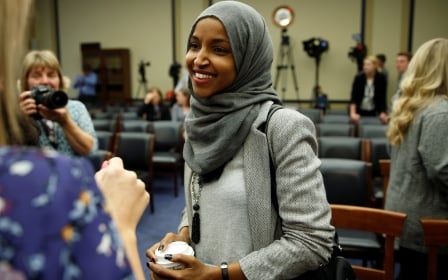