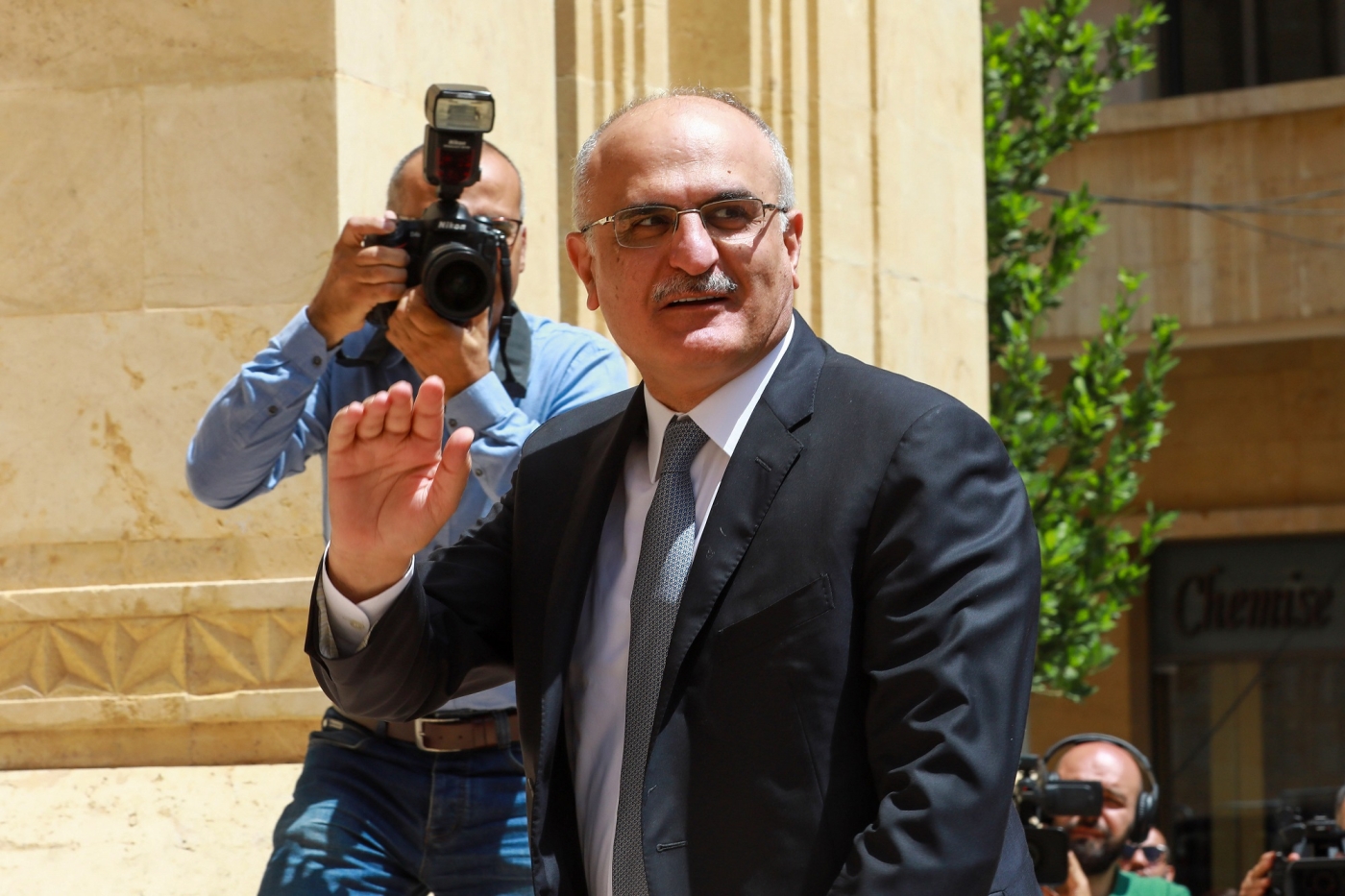 Former finance minister Ali Hassan Khalil, a senior member in the Amal Movement, has been targeted by US sanctions (AFP/File photo)
By
Ali Harb
in
Washington

The United States has imposed sanctions on two Lebanese former government ministers, accusing them of "corruption" and ties to Hezbollah, in the latest round of measures targeting Iran-linked individuals as part of the Trump administration's "maximum pressure" campaign.

Both politicians belong to political parties allied with Hezbollah. Khalil is a senior official in the largely Shia Amal Movement, and Finyanus belongs to the Marada Party, which is headed by Suleiman Frangieh, the heir of a northern Christian political dynasty that is close to Damascus.

"Corruption has run rampant in Lebanon, and Hezbollah has exploited the political system to spread its malign influence," Secretary of the Treasury Steven Mnuchin said in a statement on Tuesday.

"The United States stands with the people of Lebanon in their calls for reform and will continue to use its authorities to target those who oppress and exploit them."

'All of them, means all of them'

The US Treasury cited last month's port explosion in Beirut, which killed hundreds and injured thousands, saying that the incident amplified "urgent calls" for a transparent Lebanese government free of corruption.

"Since October 2019, popular, cross-sectarian protests across the country demanded political and economic reform in Lebanon," the US Treasury said in a statement.

"The protesters' calls for 'all of them, means all of them' demonstrates the seriousness of their desire for reform and to pull back the curtain on certain groups' corruption, including Hezbollah."

Last year thousands of Lebanese protesters took to the streets to demand accountability from the political elite, including some of Hezbollah's foes and western-backed politicians.

"US allies in Lebanon are also pioneers in corruption, and excluding them from sanctions reinforces the bias of US policy in Lebanon," said Joe Macaron, a fellow at the Arab Center Washington DC.

'US allies in Lebanon are also pioneers in corruption, and excluding them from sanctions reinforces the bias of US policy in Lebanon'

He added that using the Magnitsky Act, a US law that can be applied to human rights abusers globally, would be more effective in Lebanon than the maximum pressure campaign.

Now Mustapha Adib, a former diplomat, is being tasked with forming a new government to pull the country from the brink of the abyss, amid intensifying civil strife and a financial crisis that has seen the Lebanese pound lose more than 80 percent of its value.

The Treasury accused Finyanus of siphoning "funds from government budgets to ensure that Hezbollah-owned companies won bids for Lebanese government contracts worth millions of dollars". It also claimed that the ex-minister helped the Iran-linked group access sensitive legal documents relating to the international tribunal for the assassination of former premier Rafic Hariri.

It is not clear how a public works minister would facilitate access to documents from the Hague-based court, especially since Hezbollah had its own ministers in the same cabinet.

Last month, the tribunal cleared the group of involvement in the assassination but convicted a Hezbollah-linked individual of the murder.

As for Khalil, who was one of the most powerful officials as finance minister between 2014 and 2020, the Treasury said he helped Hezbollah-owned companies evade US sanctions and avoid paying taxes to the Lebanese government.

There was also a charge of corruption independent of Khalil's ties to Hezbollah.

"As of late 2019, Khalil as finance minister refused to sign cheques payable to government suppliers in an effort to solicit kickbacks. He demanded that a percentage of the contracts be paid to him directly," the Treasury said.

Khalil is a major powerbroker in Lebanese politics, often acting as a representative of Parliament Speaker Nabih Berri, who is also the chair of the Hezbollah-allied Amal Movement. 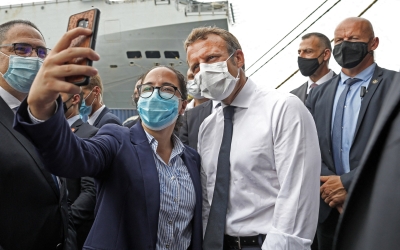 Tuesday's sanctions, known as special designations, freeze the assets of both politicians in the United States and bar US citizens from doing business with them.

The State Department welcomed the measures, blurring the line between the US administration's campaign against Iran and Hezbollah and the Lebanese demands for government accountability.

"The United States supports the Lebanese people’s call for reform, and we will use all available authorities to promote accountability for Lebanese leaders who have failed their people," Secretary of State Mike Pompeo said in a statement.

The Trump administration has been targeting Hezbollah-linked companies and individuals in Lebanon. Last year, Washington sparked an outcry from Lebanese leaders after imposing sanctions on two parliament members from Hezbollah's bloc.

Macaron said the sanctions may be a warning to Berri over his position on the maritime dispute with Israel. The parliament speaker had called for UN intervention to demarcate territorial waters between Lebanon and Israel, stressing that Lebanon would not allow the "snatching of Lebanese rights".

"It seems a double-edged message to Parliament Speaker Nabih Berri for not being flexible on the maritime border dispute with Israel and an attempt to pressure Hezbollah allies to stand down from the government formation process," Macaron told MEE.

He also noted that the sanctions did not include officials from the Free Patriotic Movement (FPM), the party of President Michel Aoun, who is also allied with Hezbollah, saying that the FPM has been "more cooperative with international pressure".