US Jewish group apologises for opposing mosque near Ground Zero More than a decade after it openly opposed the building of an Islamic centre near the site of the 9/11 attacks in New York City, the CEO and national director of the Anti-Defamation League (ADL) has issued an apology, saying the organisation's position was a mistake.

"We were wrong, plain and simple," Jonathan Greenblatt wrote in a CNN op-ed published on Saturday.

In July 2010, the Jewish-American rights organisation issued a statement saying that "building an Islamic Center in the shadow of the World Trade Center will cause some victims more pain – unnecessarily – and that is not right".

As we prepare for the High Holidays, I have been reflecting on a stance ADL took 11 years ago when we opposed the location of the then-proposed Park51 Islamic Community Center & Mosque near Ground Zero. As I write for @CNNOpinion, we were wrong, plain and simple. https://t.co/aBTpbOGB16

Park 51, a development just two blocks from Ground Zero, sparked national controversy in 2010 when opponents refused the construction of an Islamic centre and prayer space there.

It was accused by one Bush-era US official of being "the link between Islam and the brand of radicalism and violence espoused by al Qaeda and like-minded groups".

Greenblatt, who took on the position of ADL's chief executive five years after the statement was issued, said that the organisation tried to offer compromises, including building the centre - referred to as Cordoba House - in another location not close to the Ground Zero site.

"I believe the stance we took is one for which we owe the Muslim community an apology," he said.

"We can't change the past. But we accept responsibility for our unwise stance on Cordoba House, apologise without caveat and commit to doing our utmost going forward to use our expertise to fight anti-Muslim bias as allies."

The apology comes ahead of the 20th anniversary of the 9/11 attacks that killed nearly 3,000 people in New York City, Washington DC, and Pennsylvania.

Following the attacks in 2001, Muslims and people from Arab and South Asian backgrounds became the targets of US government practices including surveillance and racial profiling.

Greenblatt said that the timing of his opinion piece was linked to what he views as a rising tide of Islamophobia amid the influx of Afghan refugees following the US withdrawal from Afghanistan.

Some progressive groups welcomed the apology but noted that more needs to be done by the ADL to reckon with the group's other harmful actions and stances.

This is so far from being enough, continuing to cling to the bothsidesism that the ADL used to justify its bigoted stance to begin with.

When an org does the EXACT thing it claims to combat, it calls for something far more searching/ systemic than this. https://t.co/OQRdrQbIig

Last year, more than 100 rights groups signed up to a campaign urging progressive organisations to stop working with the ADL, claiming the group had a history of attacking social justice movements led by marginalised communities, including Muslims, Arabs, and immigrants.

The organisation's previous CEO, Abraham Foxman, said in a 2013 interview with Haaretz that the widespread monitoring of the Muslim community was a "natural response" by the US government following the 9/11 attacks.

Middle East Eye reached out to the ADL for comment but did not receive a response by the time of publication. 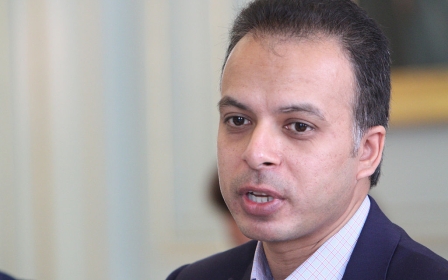 Islamophobia
Ed Husain's Among the Mosques: Fanning the flames of Islamophobia
Usaama al-Azami 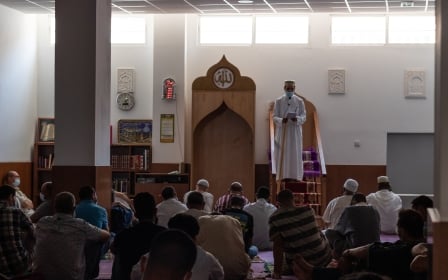