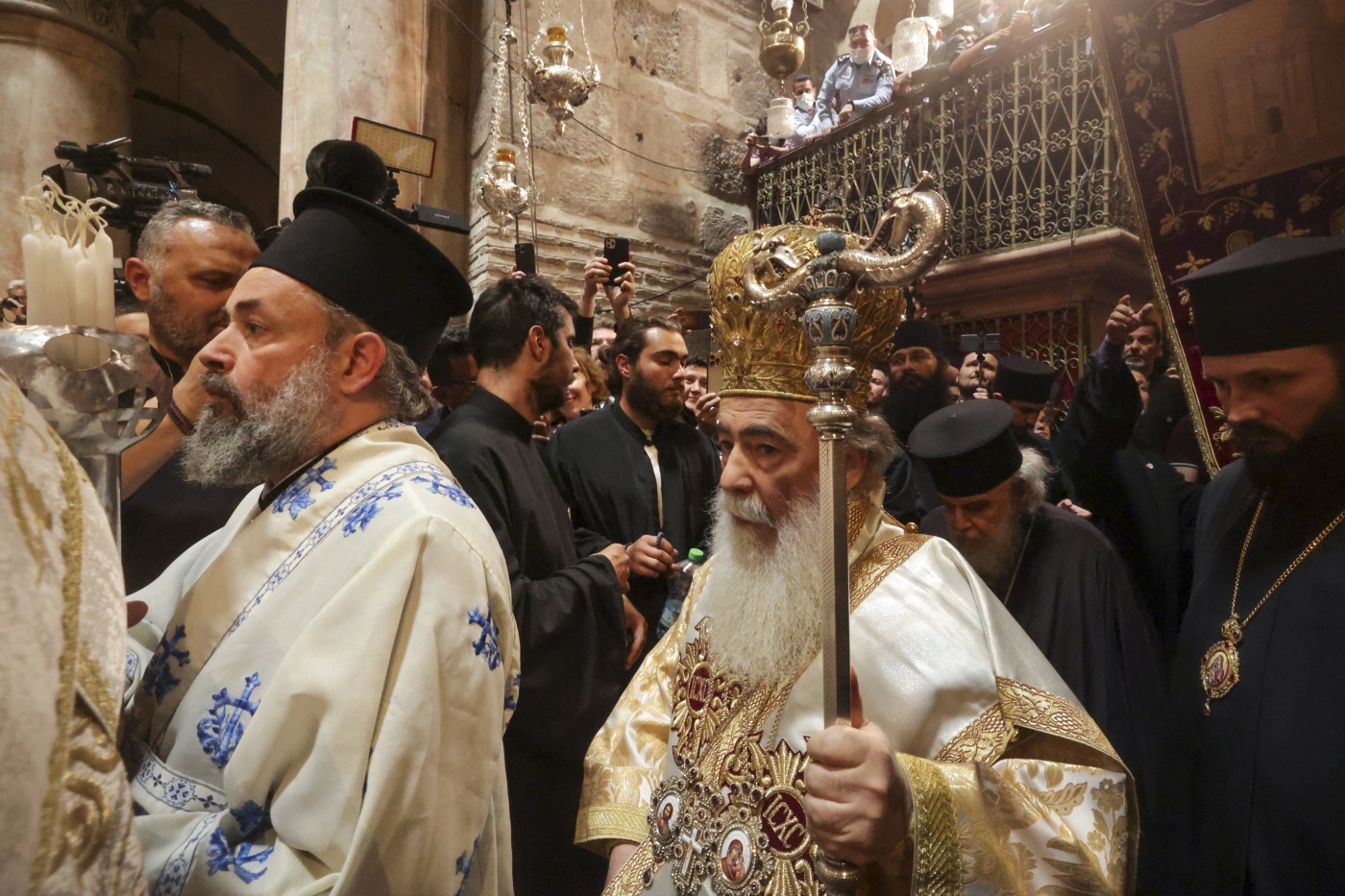 Greek Orthodox Patriarch of Jerusalem Theophilos III leads a procession in the Church of the Holy Sepulchre for Orthodox Easter ceremonies, on 23 April 2022 (AFP)
By
MEE staff

A bipartisan group of US lawmakers issued a rare critique against Israel on Friday, citing a rise in attacks on the Christian community in Jerusalem carried out by Israeli perpetrators acting with "impunity".

The lawmakers, led by Democratic Congressman Joaquin Castro and Republican Gus Bilirakis, said radical groups in Israel were looking to "drive out" Christians from the holy city and threatening its "cultural and religious diversity".

“We write today as a bipartisan group of Members of Congress deeply concerned by the rise in attacks against the Christian community in Jerusalem,” the lawmakers stated.

Jerusalem is a holy city for Christians as well as Muslims and Jews. The city has 95 churches and is home to one of the five Greek Orthodox Patriarchates, along with sizable numbers of Melkite Greek Catholics, Roman Catholics, Syriacs, and Armenians.

A century ago, Christians made up around 25 percent of Jerusalem’s population, but their presence has since dwindled to less than two percent today.

While the number of Christians living across the Middle East has been falling for decades, the letter from US lawmakers singling out the precarious state of Christians in the holy city comes amid recent warnings from church leaders about the Christian community's presence.

In December, the thirteen Christian Patriarchs and heads of the Churches of Jerusalem issued a joint statement warning of a "systematic attempt" to drive Christians out of Jerusalem and the holy land.

While they noted the declared commitment by the Israeli government to uphold the safety of Christians and freedom of worship, they said it was being “betrayed” by local politicians, law enforcement agencies, and officials in Israel who refuse to curb the actions of radical groups "intimidating" Christians and "desecrating" holy sites. 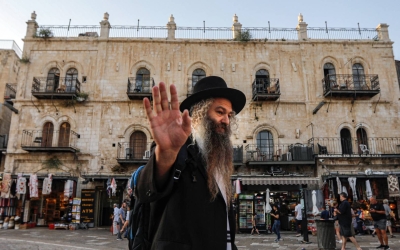 The Greek Patriarchate, one of the largest single property owners in Jerusalem, which leases Israel the land on which the Knesset is built, has long been locked in legal battles with settler groups over property in the city. Tensions boiled over recently around the church-owned Petra Hotel, which Israeli police helped a settler group partially seize in March.

In their letter on Friday, the US lawmakers issued a stark warning about attacks on Christians and Christian sites. They cited a December 2020 attempt by an Israeli man to burn the Church of All Nations located on the Mount of Olives in Jerusalem, along with four acts of vandalism in one month in 2021 against the monastery of the Romanian Church in Jerusalem.

They also drew attention to attacks on Christian clergy, including the May 2021 assault of an Armenian priest by three Israeli youths.

“The actions of radical groups who are able to act with impunity directly threaten the religious freedom of the Christian community in Jerusalem and undermines the rich history of interfaith cooperation within the city,” the letter said.

In addition, the lawmakers said that a shrinking Christian presence in the holy land would have ramifications for humanitarian issues, as ministry programmes organised under the auspices of the Christian churches in Jerusalem carry out medical, educational, and humanitarian work for people regardless of religious affiliation throughout Israel, the Palestinian territories and Jordan.

The lawmakers called on the State Department “to work with the Israeli government to uphold its stated commitment” to freedom of religion and worship and to hold radical groups accountable for attacks against Christians. 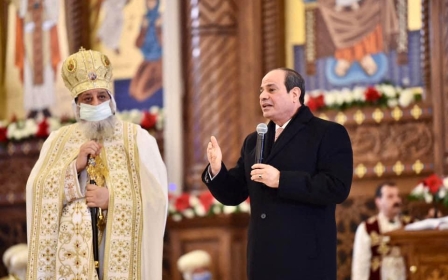 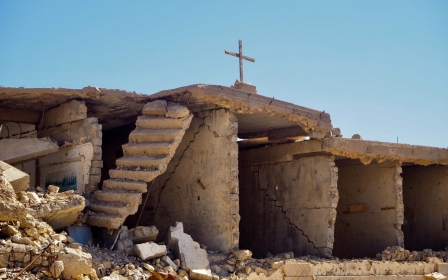 Islamic State
No church, no community, no future spouses for Sinjar’s only Christian returnees 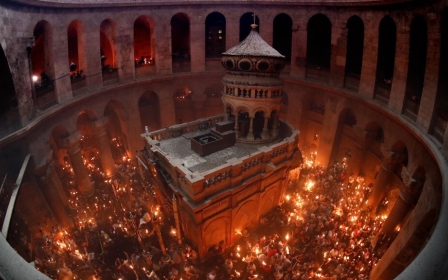