Trump says El Shafee Elsheikh and Alexanda Kotey, members of 'the Beatles', moved abroad amid fears they could escape from prison 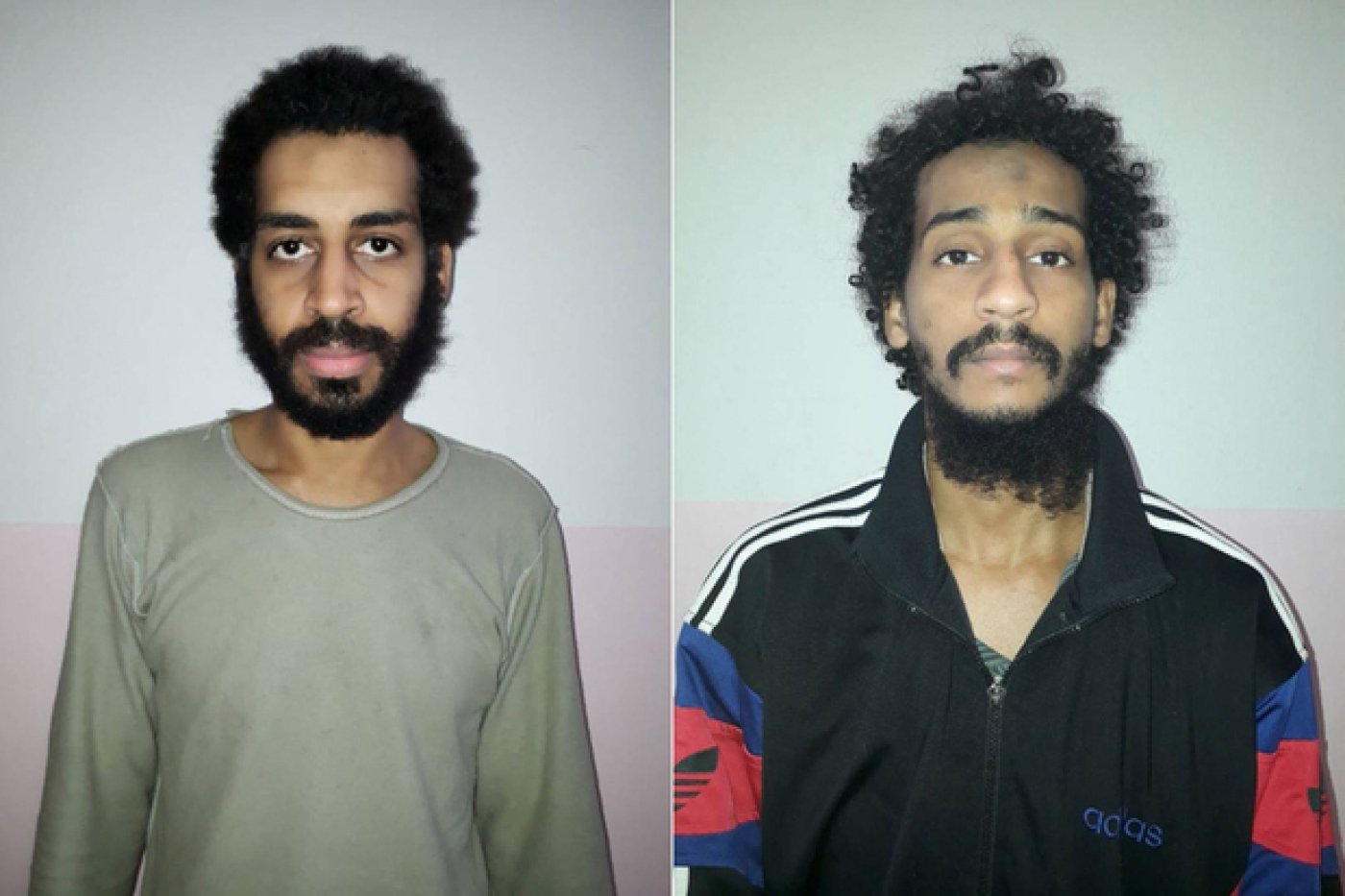 The US military has taken custody of two high-profile British Islamic State (IS) suspects previously held in Syria by Kurdish-led fighters and moved them out of the country.

The move comes amid Turkey's incursion on Wednesday into northeastern Syria where thousands of IS prisoners are being held.

In a tweet, US President Donald Trump said the decision to remove Alexanda Kotey and El Shafee Elsheikh from Syria had been taken "in case the Kurds or Turkey lose control".

The two men were being detained with the goal of putting them on trial in the United States, a senior US official told the Washington Post.

The official said the two men, who have been accused of the murder of several Western hostages, had been taken to Iraq.

Earlier on Wednesday, Trump said he had taken a "certain number" of IS fighters out of Syria, as fears mount that Kurdish-led fighters may be unable to keep guarding them amid the Turkish operation.

The Washington Post said around 40 individuals, all considered important IS members, had been taken into US custody.

In July, the human rights organisation Reprieve warned the UK against providing evidence to the US in the case of Kotey and Elsheikh without receiving assurances that the men would not receive the death penalty.

In evidence given at the UK's Supreme Court, Reprieve warned that failing to receive assurances on the death penalty would set a dangerous precedent.

Kotey and Elsheikh are accused of belonging to a four-strong IS cell dubbed "The Beatles" because of their British accents.

They have been accused of killing several Western captives in Syria, including journalists James Foley and Steven Sotloff and British aid workers David Haines and Alan Henning.

Lawyers for Maha Elgizouli, the mother of Elsheikh, told the UK Supreme Court that they had been informed by prosecution chiefs that - contrary to what they previously thought - there was enough evidence for Elsheikh and Kotey to be tried in Britain.

Their arrest last year provoked controversy about whether the two should be tried in the UK or abroad - a controversy further compounded when it was revealed that then British Home Secretary Sajid Javid said he would share evidence with US authorities without receiving reassurance that the men would not receive the death penalty.

A letter leaked to UK media in July 2018 revealed that Javid told then US Attorney General Jeff Sessions that Britain had "strong reasons for not requiring a death penalty assurance in this specific case".

Speaking in the UK Supreme Court, a lawyer for Elgizouli argued that the decision by Javid - which they were challenging - would undermine the UK's previously stated policy of opposing the death penalty.

The High Court ruled in January that the British government had not acted unlawfully by providing evidence to US authorities in Elsheikh's case.

"There is no general, common law duty on Her Majesty's Government to take positive steps to protect an individual's life from the actions of a third party and that includes requiring particular undertakings before complying with the [mutual legal assistance request]," said Lord Chief Justice Ian Burnett at the time.

It also dismissed claims that Javid had acted unlawfully by providing information which might facilitate the death penalty or substantially contribute to the risk of its imposition.

In a statement, Maha Elgizouli's lawyers said she was "disappointed" in the outcome.

"She is surprised and bitterly disappointed that her efforts for more than one and a half years to establish that he could and should be tried in the UK have to date not succeeded," it read.

"She has at all times recognised that her son should face justice but has argued that this should be in this country. She maintains her belief in the due process of the law as well as her principled long-held objection to capital punishment."