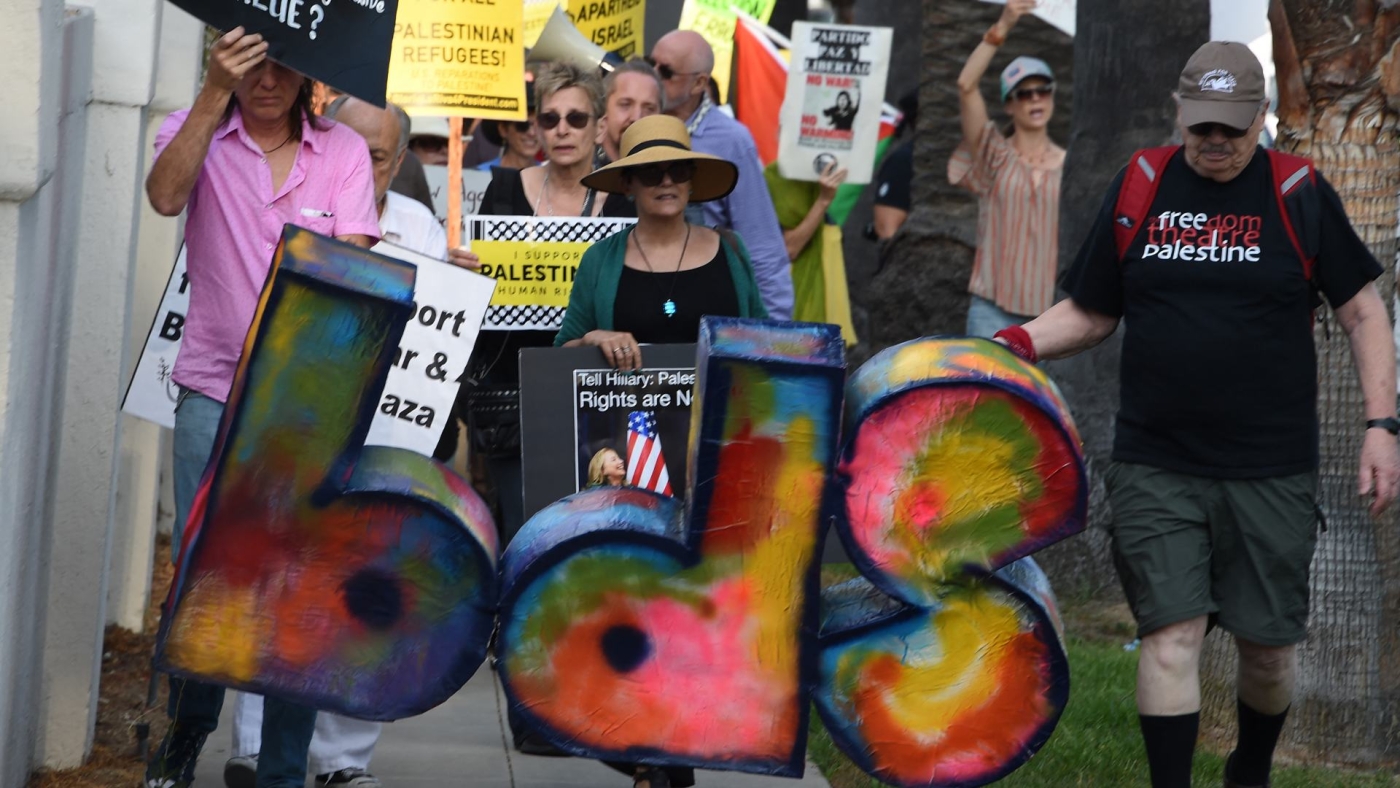 More than 30 percent of Democratic voters support BDS while 10 percent oppose it, according to a new poll (AFP/File photo)
By
MEE staff

More Democratic voters in the US support the Palestinian-led Boycott, Divestment, and Sanctions (BDS) movement than oppose it, according to two new polls; and a large majority of Americans, including Republicans, are opposed to laws criminalising boycotts against Israel.

The polls add a new dimension to what is already seen as a gap between where American voters stand, especially in the Democratic Party, and where the Biden administration and lawmakers stand on the Israeli-Palestinian issue.

According to the surveys, conducted in May and in June by the University of Maryland's Critical Issues Poll, 33 percent of Democratic voters support BDS while 10 percent oppose it; the majority, 37 percent, said they did not know, while another 20 percent said they neither supported nor opposed it.

"One of the most controversial issues in American political discourse about the Israeli-Palestinian issue has been the question of boycotts of Israel, especially the boycott, divestment, sanctions (BDS) movement. We sought to probe attitudes on this issue," Shibley Telhami, director of the University of Maryland's Critical Issues Poll, wrote for the Brookings Institute on Tuesday.

The opposition against the BDS movement continues to be strong in the Republican voter base, with 50 percent of respondents saying they are against it. However, when asked whether they supported laws criminalising the boycott against Israel, 68 percent of all respondents including a slight majority of Republicans said that they were against such laws.

The data point reflects a major disconnect between voters and lawmakers, who across the country in dozens of states have worked to pass laws that criminalise any boycott against Israel.

Several of these laws have been met with lawsuits and legal battles arguing they are in violation of the Constitution's free speech protections, and one such law in Arkansas is now being challenged all the way at the level of the Supreme Court.

The Biden administration has stated that it is opposed to the BDS campaign but stressed that it believed in freedom of speech. However, on the international level, it has sought to combat any attempts to boycott Israel.

The question of boycotting Israel has also taken centre stage in an ongoing case between Ben & Jerry's, its parent company Unilever, and the state of Israel.

While Ben & Jerry's has stated it is not boycotting Israel, its decision to stop selling products in illegal Israeli settlements in the occupied West Bank has been met with scorn by both Israel and many US states that have accused the ice cream maker of boycotting Israel.

Biden leaning more towards Israel than Democrats do

The polls - one conducted in May and another in June - also showed that Democratic voters view the Biden administration's positions to be favouring Israel.

While a majority of Democrats, 57 percent, said they do not know what the position of the Biden administration is, 26 percent said they viewed it as leaning more towards Israel versus three percent who said it leaned toward Palestinians.

"Most Democrats who expressed an opinion said that the administration’s positions leaned toward Israel more than their own," Telhami said.

The gap was even starker between voters and lawmakers.

"The gap between the Biden administration and the Democratic public on Israel/Palestine remains wide - and the public perceives it," Telhami said. 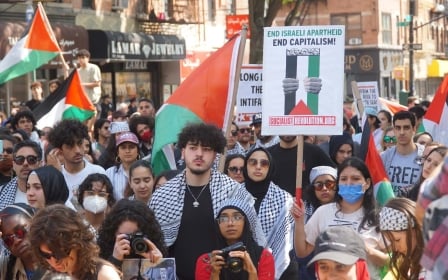 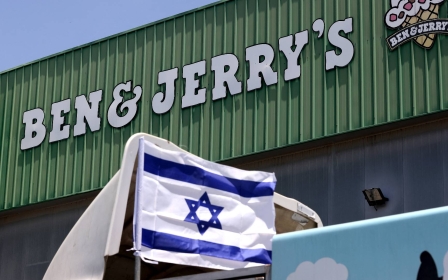