Abdus-Salaam, 65, was found dead in Hudson River on Wednesday (Reuters)
By
MEE staff

Sheila Abdus-Salaam, 65, was found dead in the Hudson River in New York on Wednesday.

Despite her personal accomplishments, Abdus-Salaam, who was serving on New York’s highest state court, suffered personal tragedies in recent years. Her brother took his own life about three years ago, and her mother died last year, according to the Times.

CNN also cited police sources as saying that the judge's death is not suspicious.

New York Governor Andrew Cuomo, who nominated Abdus-Salaam to the appeals court in 2013, called the late judge a “force for good whose legacy will be felt for years to come,” describing her as a "trailblazing jurist".

“On behalf of all New Yorkers, I extend my deepest sympathies to her family, loved ones and colleagues during this trying and difficult time,” he said in a statement.

Abdus-Salaam called off work on Tuesday, saying that she was not feeling well. When she did not show up at her New York city office on Wednesday, her assistant informed her husband who called the police, the Times reported.

She had been married for nine months.

The body was found floating in the Hudson River on Wednesday afternoon with no apparent signs of trauma or foul play.

Abdus-Salaam tended to rule in favour of poor and helpless parties against rich and powerful corporations. The Times called her one of the “most reliable and steadfast liberal voices” on the court.

Abdus-Salaam, a Washington DC native and a graduate of Columbia University School of Law, came from a large working-class African American family. Prior to her ascension to the appeals court, she served as a judge in Manhattan Supreme Court for 14 years.

The Council on American-Islamic Relations (CAIR) hailed the late judge as "an inspiring example of personal success and empowerment".

"Judge Abdus-Salaam was not only a trailblazer in the legal community, she was a dedicated public servant who spent her entire career advocating for the rights of marginalised people," CAIR-NY Executive Director Afaf Nasher said in a statement. "As a member of the bench, Judge Abdus-Salaam continued her life’s work, authoring decisions that helped fulfill the often-unrealised promise that New York’s laws should provide justice and dignity for all."

“Her personal warmth, uncompromising sense of fairness and bright legal mind were an inspiration to all of us who had the good fortune to know her,” she said.

Jonathan Lippman, former chief of the appeals court, said Abdus-Salaam's death is a terrible blow to the court.

"She was a very gentle, lovely lady and judge," he told the New York Post. "If you ask anyone about her, people would say only the most wonderful things. That’s why it makes it even more difficult to understand.” 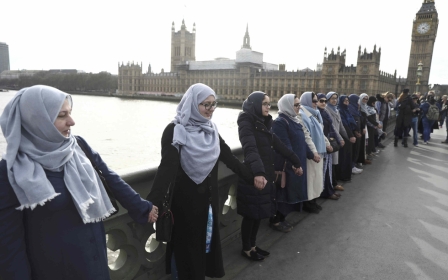