While President-elect Trump seems intent on ducking journalists assigned to him, he also seems surprised they’re not going away 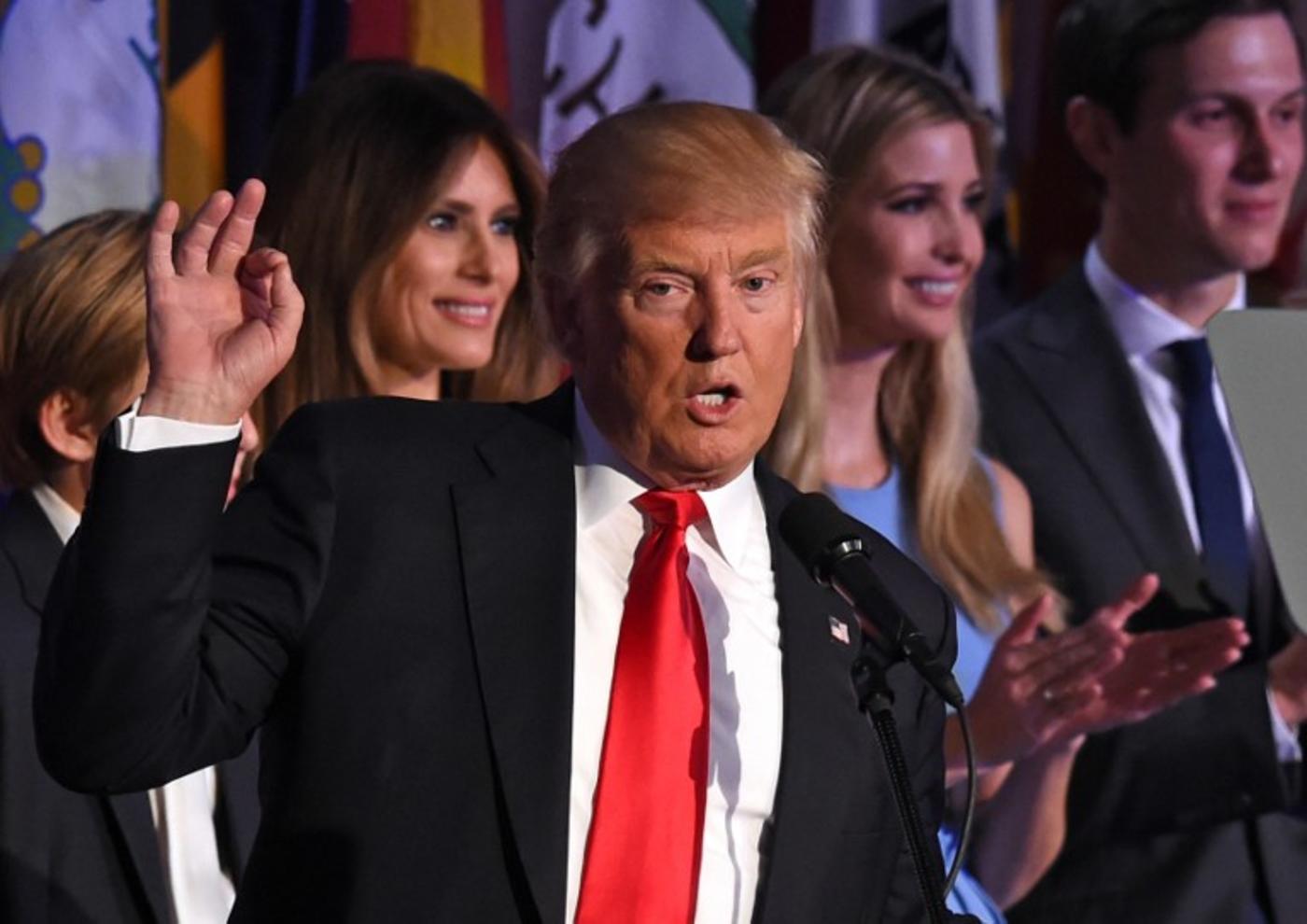 WASHINGTON, DC - Those who hoped that President-elect Donald Trump would take a more moderate approach to the Fourth Estate faced a quick and rude awakening.

Less than a week after the election, leading journalism organisations based in Washington criticised the President-elect of the United States for actively avoiding the pool of journalists assigned to travel with him at all times, including on his first visit to Washington since the election, and in New York City where he ducked the pool to visit a steakhouse with his family.

The White House Correspondents’ Association, which was formed in 1914 and has covered US presidents since Woodrow Wilson, issued a statement urging the president-elect to allow pool reporters to accompany him.

“In addition to breaking with decades of historical precedent and First Amendment principles, this decision could leave Americans blind about his whereabouts and well-being in the event of a national crisis,” wrote WHCA’s president, Jeff Mason.

“A pool of reporters is in place and ready to cover President-elect Trump. The WHCA urges President-elect Trump to allow it to do its job, including being present for motorcade movements, meetings, and other interactions. Not allowing a pool of journalists to travel with and cover the next president of the United States is unacceptable.”

An open letter issued by the National Press Club in Washington and signed by local and national journalism organisations including the National Association of Black Journalists, National Association of Hispanic Journalists, the Native American Journalist Association, the International Women’s Media Foundation and many others, urged the incoming administration to adhere to the First Amendment and the traditions of media access, increase transparency, and reinvigorate an open-records process that became increasingly difficult and unresponsive during the Obama administration.

“The idea of a press pool that covers all of the president's movements is one that dates back to the Franklin Delano Roosevelt administration,” the signatories wrote. “Every president of both parties has treated this important tradition with respect.”

“Journalists have to stand up for each other now more than ever,” National Press Club president Thomas Burr told Middle East Eye. “This isn’t about the press but about access for the American people, for history and our democracy.”

In June, then-presidential candidate Trump revoked the Washington Post’s press credentials, claiming journalists at the publication were “phony and dishonest”. In September, Vice reporter Alex Thompson was arrested at the Omni Westside Hotel in Houston while enquiring whether his credentials had been approved to cover a campaign rally.

The outlets banned by the Trump campaign spanning more than a year included Buzzfeed, Huffington Post, Politico, and a wide range of other publications. When the Spanish-language broadcaster Univision refused to air Trump’s Miss USA pageant after the candidate’s comments about Mexicans, Trump barred all Univision employees from Trump-owned properties. He mocked a disabled reporter, labelled another a “sleaze” and said that a female reporter who asked about his treatment of women had “blood coming out of her wherever”.

The Trump campaign was so churlish to the press that the Committee to Protect Journalists, which advocates for imprisoned, attacked and murdered journalists around the world, particularly in conflict areas, took the unprecedented step of warning that a Trump presidency would have dire consequences for press freedom around the world.

“A Trump presidency would represent a threat to press freedom in the United States, but the consequences for the rights of journalists around the world could be far more serious,” wrote Sandra Mims Rowe, the chairman of the board of the Committee to Protect Journalists.

“Any failure of the United States to uphold its own standards emboldens dictators and despots to restrict the media in their own countries. This appears to be of no concern to Trump, who indicated that he has no inclination to challenge governments on press freedom and the treatment of journalists.”

But while President-elect Trump seems intent on ducking journalists assigned to him, he also seems increasingly surprised that they’re not going away. A New York Times article detailed the difficulties in Trump’s White House transition - including firings of key players, embarrassing breaches of protocol in contacting heads of state, and outspoken party members critical of the nascent administration.

In response, Trump fired off a series of late night tweets, writing, “the failing @nytimes is so totally wrong on transition. It is going so smoothly. Also, I have spoken to many foreign leaders.”

The idea that publications providing coverage Trump deems favourable are successful ones, and those that provide coverage he deems negative are failures, dishonest or fraudulent, is an idea that permeated his campaign.

Journalists were repeatedly harassed, threatened and even assaulted by Trump followers, and in one notable case, even by Trump’s campaign manager turned CNN correspondent Corey Lewandowski, who faced battery charges by a female Breitbart reporter after he physically restrained her from approaching Trump. (The charges were later dropped.)

It was an episode that highlighted the particular dangers facing female journalists in a campaign in which the candidate faced sexual assault accusations from nearly a dozen women, called out female journalists by name in front of an angry crowd and ranted on Twitter about female journalists who had posed difficult questions. During the campaign, a tape surfaced on which Trump bragged about his proclivity toward groping and kissing women without their consent.

Sandra Fish, the president of the Journalism and Women Symposium, pointed specifically to Trump’s treatment of Fox’s Megyn Kelly - who became Trump’s target after moderating a debate - and NBC’s Katy Tur, who had to be escorted to her car by Secret Service after Trump called to her by name from the stage at a rally and claimed she’d lied in her coverage of him.

“It's disturbing not only to see how the president-elect has treated women in the past, but how he's treated women in the press corps. Our responsibility as journalists is to relay information from government to the public in a democracy. His belittling of journalists such as Megyn Kelly or Katy Tur when they ask tough questions or air news that he doesn't like is unacceptable behaviour for the leader of the free world,” Fish told MEE.

“We as journalists must be vigilant in holding this administration accountable on behalf of the public.”

Disclaimer: Molly McCluskey is a member of several of the journalism organisations listed, is a former fellow of the International Women’s Media Foundation and serves as a board member of the National Press Club. USA 2016
In Trump's America, cities pledge to be 'sanctuaries' for undocumented immigrants