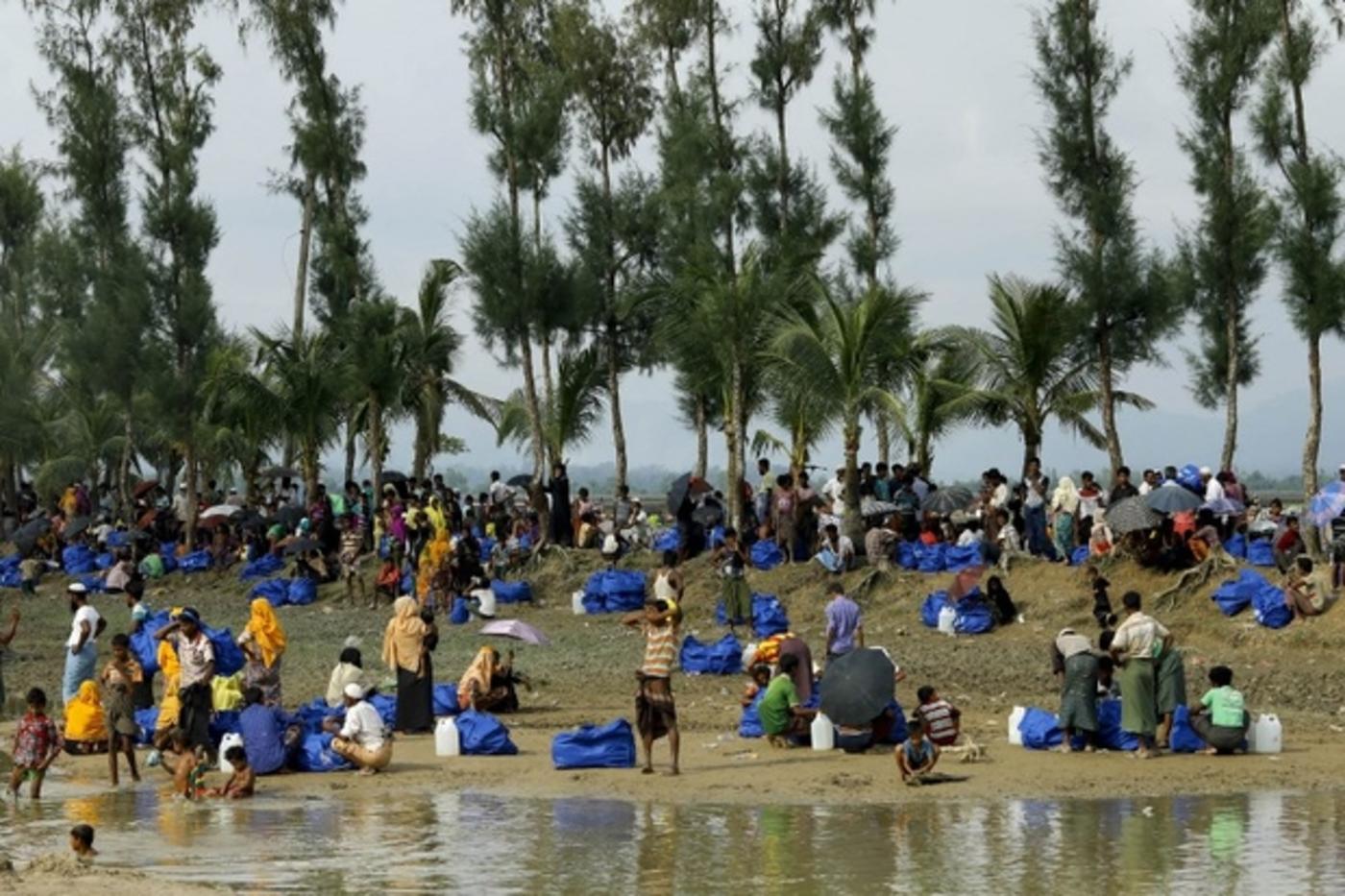 Myanmar said on Friday a visiting US official would not be allowed to go to a region where violence has triggered an exodus of nearly 400,000 Rohingya Muslims that the United Nations has branded a "textbook example of ethnic cleansing".

US Deputy Assistant Secretary of State Patrick Murphy will voice Washington's concerns about the Rohingya and press for greater access to the conflict area for humanitarian workers, the State Department said.

He will also visit Sittwe, the state capital, and meet the governor of Rakhine, state government secretary Tin Maung Swe told Reuters, but the north of the state, where the conflict erupted on 25 August, will remain off limits.

"Not allowed," Tin Maung Swe said, when asked if Murphy would be going to Maungdaw district, at the heart of the strife that began when Rohingya insurgents attacked police posts and an army camp, killing a dozen people.

While almost 400,000 refugees have poured across the border into Bangladesh, fears have also been growing of a humanitarian crisis on the Myanmar side, but access for aid workers and reporters has been severely restricted.

The Rohingya have fled from western Rakhine state to neighbouring Bangladesh to escape a military offensive that has raised questions about Myanmar's transition to civilian rule under the leadership of Nobel laureate Aung San Suu Kyi. Myanmar officials said he would meet government leaders in the capital, Naypyitaw, and attend an address to the nation by Suu Kyi on Tuesday.

Myanmar insisted on Friday it was not barring aid workers, but a government spokesman said authorities on the ground might have concerns over security.

Rights monitors and fleeing Rohingya say the army and Rakhine Buddhist vigilantes have mounted a campaign of arson aimed at driving out the Muslim population.

A Reuters photographer on the Bangladesh side of the border said he could see huge banks of dark smoke billowing up over Myanmar territory on Friday, while international aid organisations said the refugees kept coming.

"There’s really no sign that this flow of people is going to dry up," Chris Lom of the International Organisation for Migration, said from the Bangladeshi border district of Cox’s Bazar.

"There are still, we believe, thousands of people waiting to take boats across to Cox's Bazar.”

UN Secretary General Antonio Guterres and the UN Security Council have urged Myanmar to end the violence, which he said was best described as ethnic cleansing.

Myanmar rejects the accusations, saying its security forces are carrying out clearance operations to defend against the insurgents of the Arakan Rohingya Salvation Army, which claimed responsibility for the 25 August attack and other similar, though smaller, attacks. 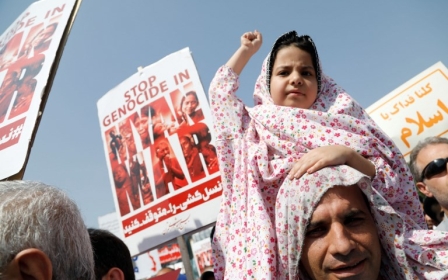 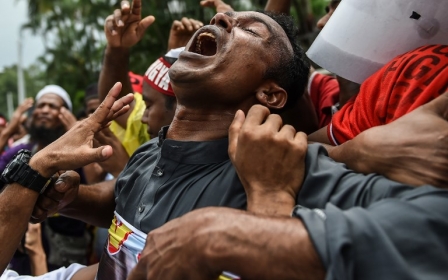