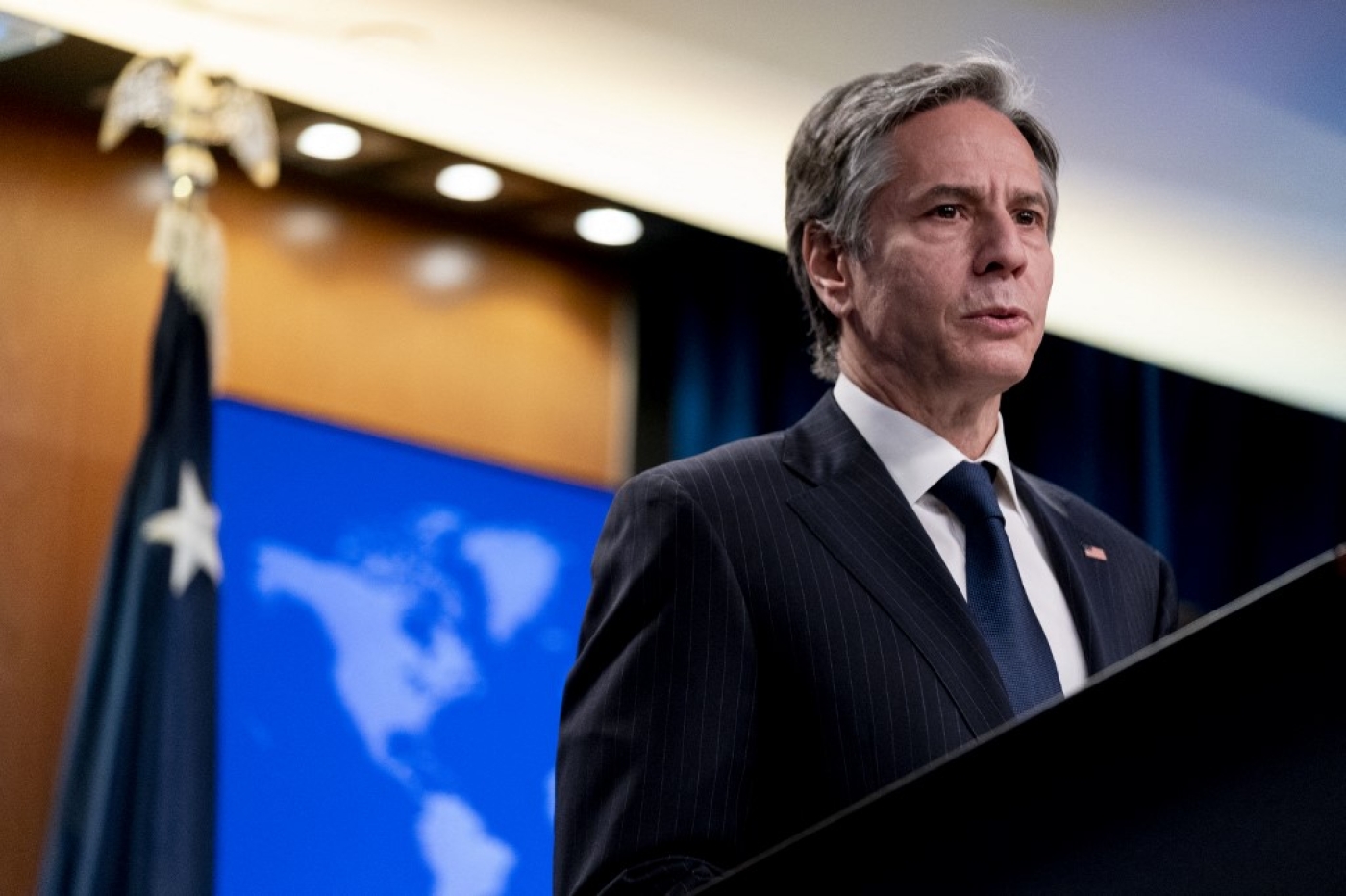 US Secretary of State Antony Blinken has reaffirmed the Biden administration's plans to move forward with nuclear negotiations with Iran, despite Republican calls to scrap the talks over Tehran's alleged support of the Gaza-based Hamas movement.

A group of 43 Republican Senators sent a letter to Blinken on Wednesday, asking the secretary of state to call off the multilateral nuclear talks in Vienna over Tehran's alleged involvement with Hamas, which governs the Israel-blockaded Gaza Strip. Hamas began firing crudely made rockets into Israeli territory earlier this week in response to Israel's attacks on al-Aqsa Mosque worshippers and its crackdown on protests in occupied East Jerusalem. While Israel's Iron Dome missile defence system has intercepted the vast majority of the rockets, Israel has responded with air strikes that have killed more than 100 people in the coastal enclave, including 27 children and 11 women.

Blinken, during a joint press conference with his Australian counterpart on Thursday, said he could not confirm that Iran had any involvement in Hamas' most recent actions. But he said that if Tehran did have a hand in supporting the movement then that would only further highlight the importance of the negotiations.

"I don't have anything to offer on whether there is Iranian involvement or not in what's taking place [in Israel]. But I would only say that when it comes to any of the malign activities that Iran may or may not be engaged in - whether it is support for terrorism, whether its efforts to destabilise other countries, whether it is other actions that we find objectionable - that only underscores the importance of doing everything we can to make sure that Iran never requires a nuclear weapon," Blinken said.

"An Iran with a nuclear weapon or with the capacity to have one in a very short order is an Iran likely to act with even greater impunity when it comes to these other other actions. So, the talks go on in Vienna in an effort to see if we can return to mutual compliance with the JCPOA," he said using an acronym for the Obama-era nuclear deal.

Palestinian terrorist groups have launched more than 1,000 rockets at Israel over just the last few days.

Iran funds Hamas, and Pres. Biden should cut off negotiations with Iran and make clear that no sanctions relief is coming. pic.twitter.com/HnoOTabYyI

The group of Republicans, however, have insisted - without providing evidence - that Hamas is funded by Iran, saying it was "troubling" that the Biden administration would be negotiating with "the world’s leading state sponsor of terrorism" - a label touted by the Trump administration, which withdrew the US from the original nuclear deal.

"The United States must not do anything to enrich Israel's enemies, such as by offering sanctions relief to a regime that seeks to destroy Israel," the senators said. "As a longtime friend of the Jewish state, we also urge you to unequivocally support Israel's right to defend itself against any and all terrorist attacks."

The Biden administration has taken a hard line against Hamas, portraying the movement as the main aggressors during this recent bout of upheaval.

Earlier on Thursday, President Joe Biden defended Israel's deadly air campaign, which he said did not represent "a significant over-reaction" on the part of Israel, despite the vast discrepancy in death tolls and damage. White House Press Secretary Jen Psaki later stressed that Hamas rockets could not be considered self-defence, and reiterated the administration's attempts to get regional partners to influence Hamas to de-escalate tensions.

Meanwhile, most governments in the Middle East have spoken out in support of the Palestinian cause in recent days, and officials from the United Arab Emirates, Bahrain, Sudan and Morocco - all of which normalised ties with Israel in 2020 - have all criticised Israeli policies this week.

"[Palestinians] should make themselves powerful, resist and confront so as to force the other party to withdraw from crime and surrender to what’s right and fair," Iranian state TV quoted Khamenei as saying on Tuesday.

"You cannot speak to these criminals [Israel] except in the language of power," he said.