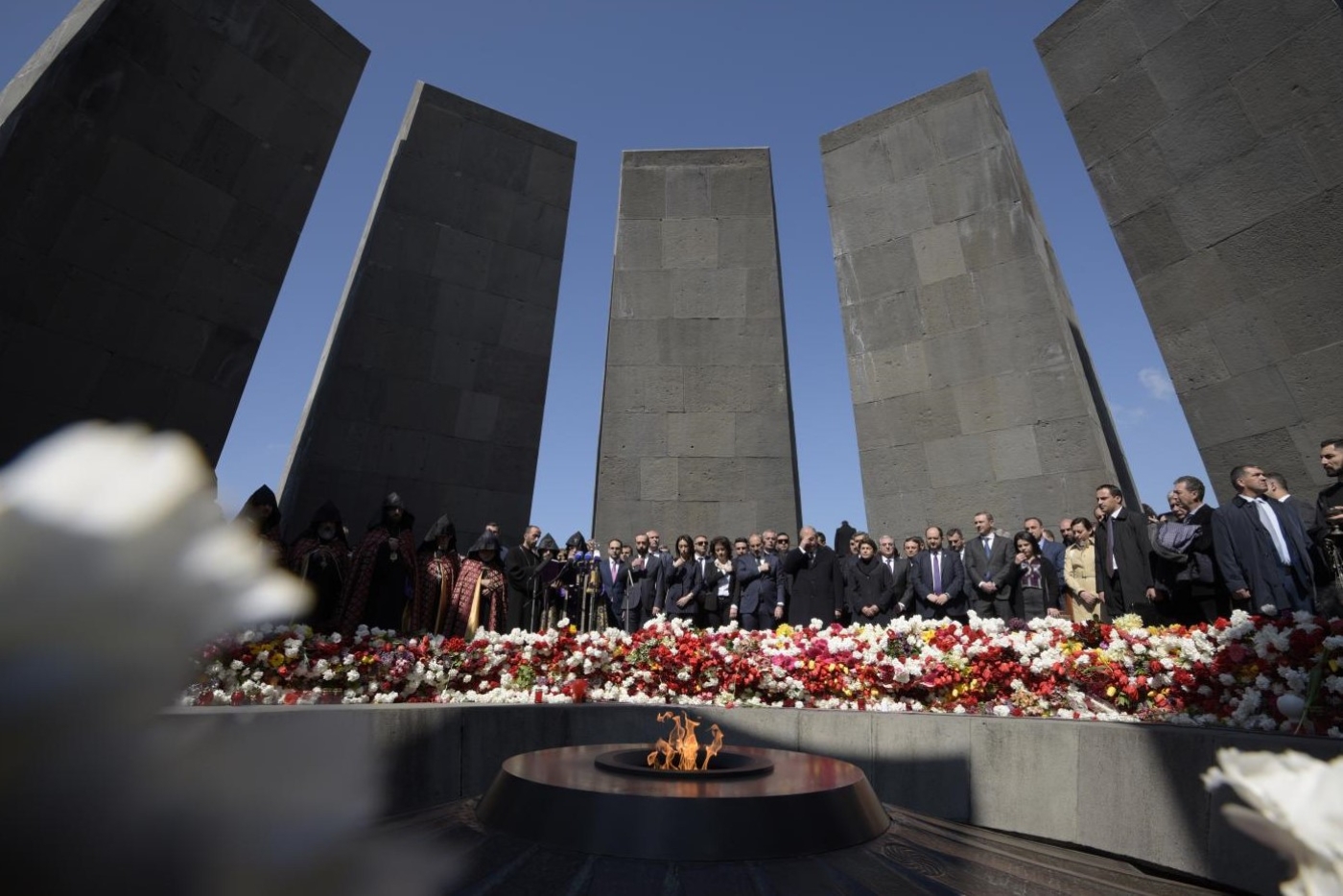 Officials attend commemoration of 104th anniversary of the killings of Armenians by Ottoman forces in 1915, at Tsitsernakaberd memorial in country's capital, Yerevan, on 24 April (AFP/File photo)
By
MEE staff

A Republican legislator aligned with US President Donald Trump has blocked Senate efforts to recognise the Armenian genocide, signalling administration attempts to soothe tensions between the United States and Turkey.

On Thursday, Perdue cited meetings between US and Turkish officials, saying that his objection to the measure stemmed from concerns over diplomacy with Turkey, not the bill's content.

"Its passage today would undermine the administration's commitment to overcoming real challenges in our bilateral relationship with Turkey," he said.

Bob Menendez, a senior Democrat senator, and Ted Cruz, a Republican, had introduced the bill, seeking unanimous consent for it.

"Expressing the sense of the Senate that it is the policy of the United States to commemorate the Armenian Genocide through official recognition and remembrance," the bill reads.

Under Senate rules, unanimous consent enables a resolution to bypass committees and debates, fast-tracking its passage, but it also allows any senator to block the proposal by objecting to it.

Late in October, the House of Representatives overwhelmingly passed a resolution similar to the measure proposed by Cruz and Menendez in the Senate.

At the time, Turkey denounced the House bill, calling it a "meaningless political step".

It was the first time in history that either chamber of the US Congress has recognised the massacre of Armenians at the hands of Ottaman soldiers during World War I as a genocide.

Turkey acknowledges that Ottoman forces killed Armenians in battles during World War I, but says the killings were not planned or systematic and do not amount to genocide.

The Turkish government also disputes the number of victims of the mass killings - 1.5 million Armenians - often cited by historians. Erdogan's White House visit: Strategic success or 'kicking the can down the road'?
Read More »

The push to recognise the Armenian genocide in Congress coincides with mounting anger against Turkey over its offensive against Kurdish fighters in northern Syria and the purchase of S-400 missile defence systems from Russia.

"As a country, we should do whatever we can to prevent future genocides, but when it happens, we have an obligation as a country to call it what it is," Menendez said on Thursday.

"This resolution gives us the reckoning and sets the record straight, a record that so many administrations over the years have sought to obscure," he added.

Last week, Erdogan visited Washington, where he met with Trump and top lawmakers who had been critical of his policies.

The visit appears to have quelled some of the outrage against Turkey on Capitol Hill, as evidenced by the blocking of the Armenian genocide resolution in the Senate twice in as many weeks.

"The meeting enabled Trump and Erdogan to buy more time, kicking the can down the road," Mustafa Gurbuz, a professor of Arab world studies at American University in Washington, told MEE earlier this week.

"The tough questions will likely appear in even bigger forms in the next few months."

Done deal
'This is not a peace plan, it is theft': Democrats denounce Trump's Israel-Palestine plan
Human Rights
The Jewish New Yorkers standing in solidarity with their Muslim neighbours
US Politics
Veterans group demands Trump apologise over injuries from Iran missile strike: Reports 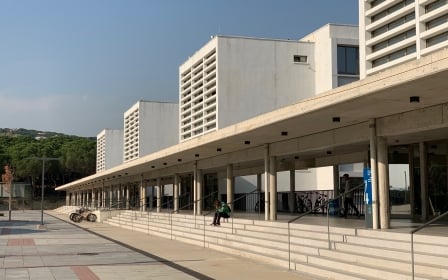