Using US aid as leverage would create 'openings' toward democratic reforms, report by POMED and CIP says The study, released on Wednesday by two Washington-based think tanks, the Project on Middle East Democracy (POMED) and the Center for International Policy (CIP), said that the unconditional support Washington lends to Egypt has created a "sense of entitlement" among the country's leaders.

"They expect continued high levels of US assistance, despite their lack of regard for US interests and concerns," the report said.

'Sisi's regime has engaged in a systematic pattern of gross human rights violations, from gunning down peaceful protesters in the streets to jailing tens of thousands of political opponents'

"Instead of using the assistance to develop the military’s capabilities and advance shared national security interests, the Egyptian government has misused the aid for patronage and prestige."

The authors of the report called for cutting the $1.3bn annual aid package to Egypt by $300m, then repurposing the funds for humanitarian assistance to help international efforts against the spread of the coronavirus.

It also demanded greater transparency on how the assistance is being dispensed and urged drawing "red lines" to cut off aid completely if Cairo continues its brazen human rights abuses.

The report accused successive US administrations of minimising Egypt's rights violations and idealising the relationship between Cairo and Washington. It added that President Donald Trump has embraced the Egyptian "authoritarian regime" to a greater extent than his predecessors.

Since rising to power in a 2013 coup, Sisi has sought to eliminate - not just limit - political opposition, the document said. "Sisi's regime has engaged in a systematic pattern of gross human rights violations, from gunning down peaceful protesters in the streets to jailing tens of thousands of political opponents, including journalists, academics, and human rights defenders," the report's authors wrote.

"The Sisi government has severely restricted the ability of independent non-governmental organizations (NGOs) to operate, all but eliminated a free and independent press, and perpetuated tensions between Muslims and Christians."

While the authors of the report, Seth Binder of POMED and William D Hartung of CIP, acknowledged that using US aid as leverage will not turn Egypt into a democracy overnight, they said it would moderate the "worst elements" of the Egyptian government and create "openings, however modest, toward democratic reform".

In recent years, according to the report, Egypt has turned to Russia and France for new arms deals. But after decades of reliance on US equipment, the Egyptian military would have a difficult time operating without American support, which "leaves the United States with significant leverage over the Egyptians".

The document said US aid is failing to achieve its stated goals, namely helping Egypt with its counterterrorism and border security efforts, as well as the military campaign against the Islamic State (IS) group's affiliate in the Sinai Peninsula.

It described the Egyptian crackdown on the militants as "ineffective", as the group continues to wage deadly attacks against military and civilian targets.

'This is not a situation where we are trading off human rights for something that advances the US national interest. Egypt... contributes nothing to the goals of peace and security'

"The immense human toll of the Egyptian military’s approach to counterterrorism in the Sinai has alienated local communities and radicalised significant numbers of individuals who have subsequently been recruited by one of the nearly 12 terrorist groups operating there," it said.

The report quoted Congressman Tom Malinowski, one of the leading critics of Cairo in Washington, as saying that the Egyptian military is "utterly, disastrously incompetent".

"In exchange for the favors that Egypt gets from the White House, they don't actually do anything for us," Malinowski said.

"This is not a situation where we are trading off human rights for something that advances the US national interest. Egypt... contributes nothing to the goals of peace and security."

Moreover, the report noted, assistance to Cairo does not grant Washington influence over Sisi's policies. Instead, the authors accuse Egypt of undermining US interests in the region, citing Cairo's support for Libyan general Khalifa Haftar, rapprochement with Syria's Bashar al-Assad and military cooperation with Moscow. 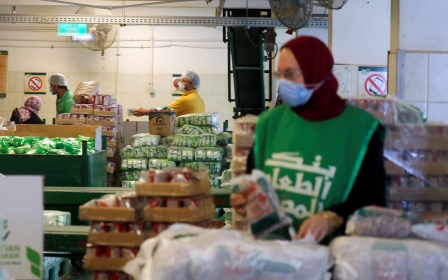 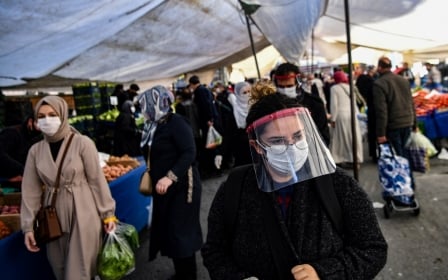