Iran has targeted the Baha'i faith, which believes in unity among religions, equality between men and women 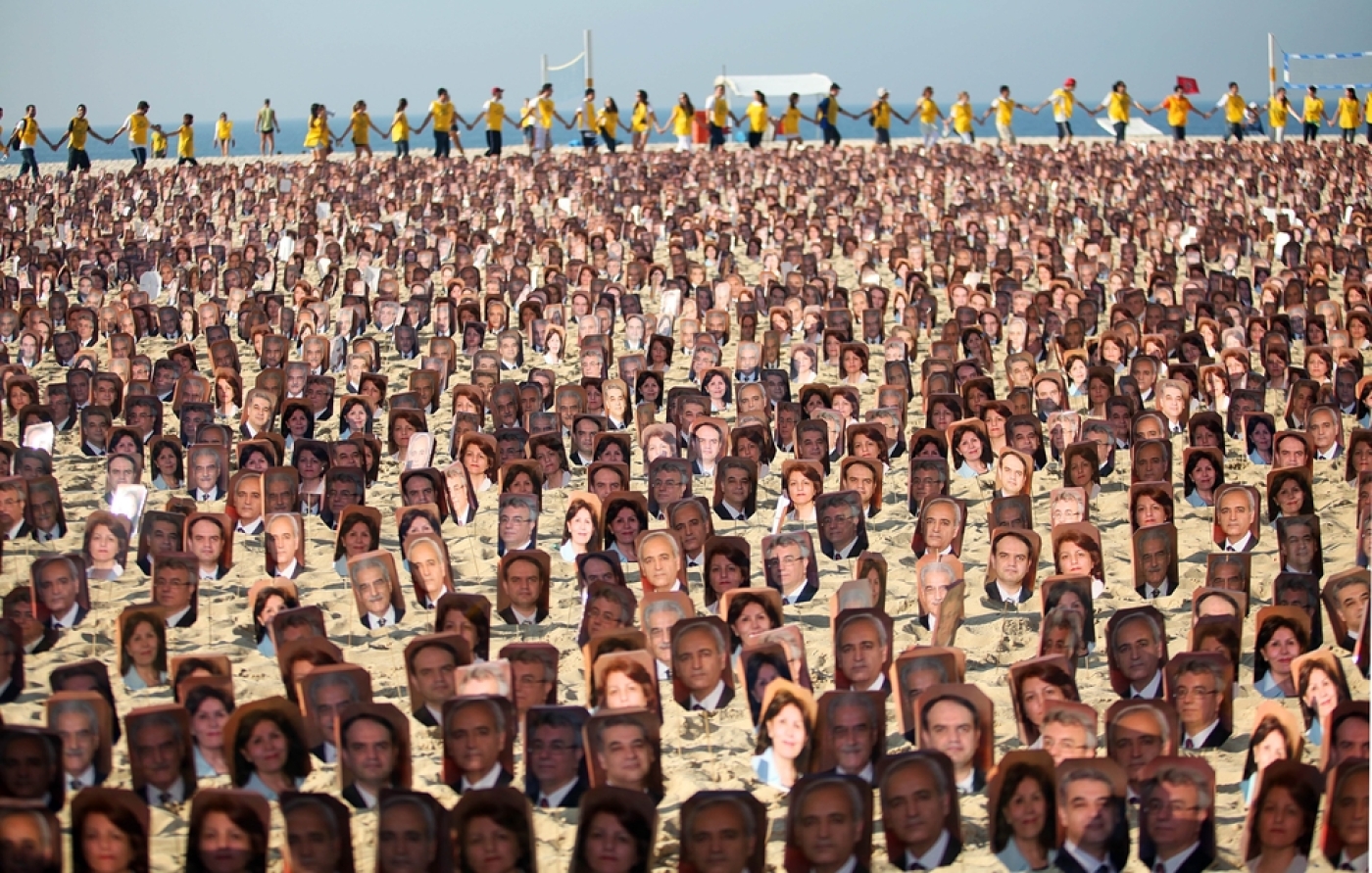 Baha'i members, pictures of seven prisoners sentenced to 20 years in jail in Iran, during demonstration on Rio de Janeiro's Copacabana beach in 2011 (AFP)
By
MEE and agencies

The US called on Iran Saturday to free seven leaders of the minority Baha'i faith serving 20-year prison sentences, urging Tehran to ensure religious and other freedoms.

The Baha'i leaders were arrested eight years ago and convicted of espionage, insulting religious sanctities and propaganda against the Islamic Republic.

"We join the international community in condemning their continued imprisonment and calling upon the Islamic Republic of Iran to release them immediately, along with all other prisoners of conscience in Iran," State Department spokesman John Kirby said in a statement.

"Furthermore, we call upon Iranian authorities to uphold their own laws and meet their international obligations that guarantee freedom of expression, religion, opinion and assembly for all citizens," he said.

Iran allows religious freedom for several minorities but has targeted the Baha'i faith, which believes in unity among religions and equality between men and women.

The Baha'i faith considers Bahaullah, an Iranian born in 1817, to be the latest prophet sent by God, a major divergence from Islamic orthodoxy.

A former Iranian prosecutor general, Qorban-Ali Dorri-Najafabadi, told the Fars News Agency in 2009 that Iran offered a variety of services to the Baha'i sect in Iran and respected them as human beings, “but not as insiders, spies, or a political group supported by Britain and Israel to cause disturbance in Iran," CNN reported.

Bani Dugal, the principal representative of the Baha’i International Community to the UN, said on the group's website of the prisoners: “They should never have been arrested in the first place, and their long incarceration – based exclusively on their religious beliefs – is unjustifiable legally, logically, and morally.”

Kirby's statement comes after international sanctions on Iran were lifted as part of its landmark nuclear deal with world powers last year. Inside Iran
British-Iranian woman in solitary in Iran, separated from daughter Inside Iran
'We are Iranians': Rediscovering the history of African slavery in Iran