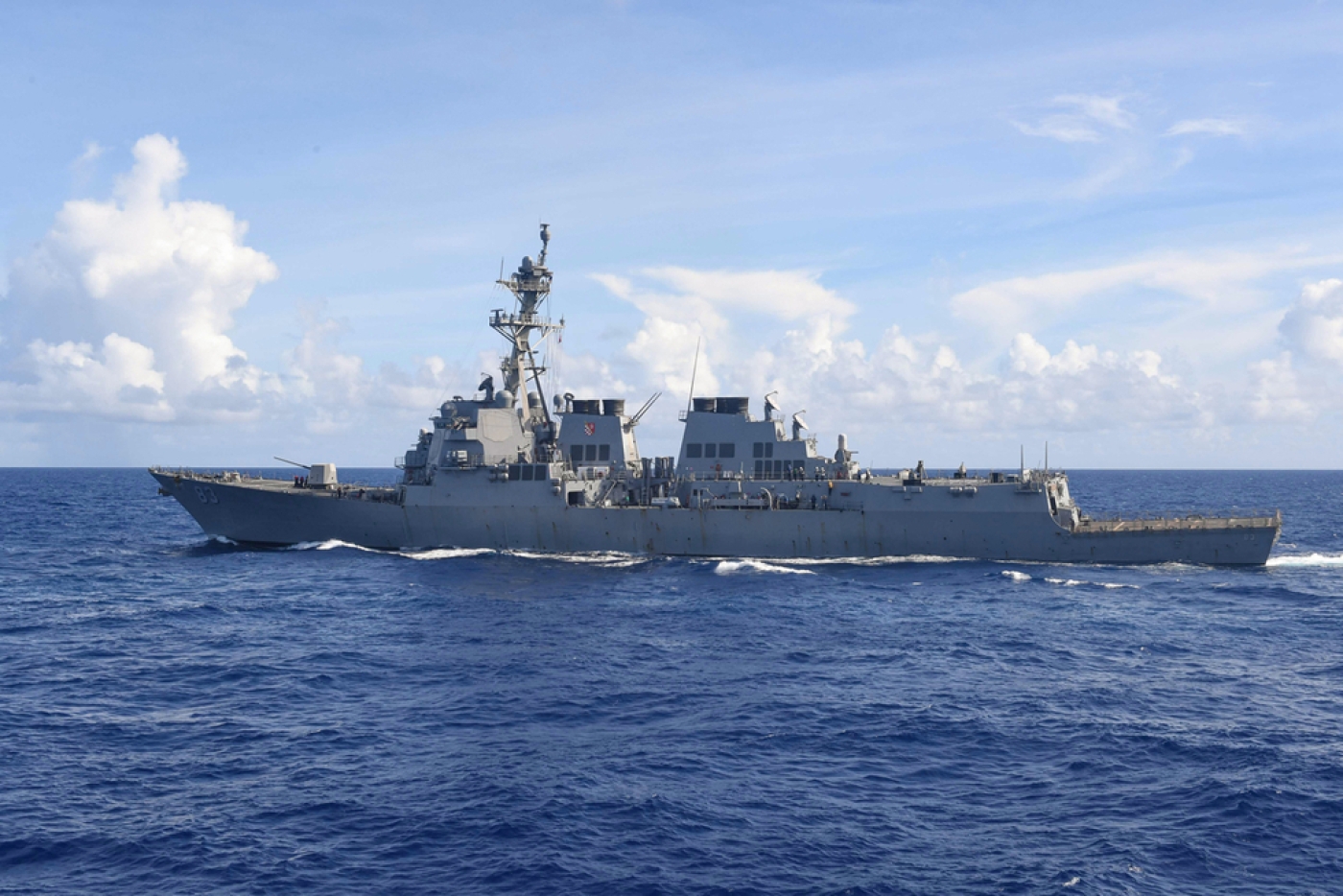 In recent years, US warships have intercepted and seized Iranian arms that Washington says are likely bound for Houthi fighters (AFP)
By
MEE and agencies

A US navy warship last week seized advanced missile parts believed to be linked to Iran from a boat it had stopped in the northern Arabian Sea, US officials said on Wednesday.

In a statement, the Pentagon said that on 25 November a US warship found "advanced missile components" on a stateless vessel and an initial investigation indicated the parts were of Iranian origin.

"A more thorough investigation is underway," the statement said. US officials, speaking on condition of anonymity, told the Reuters news agency that the guided missile destroyer Forrest Sherman detained a small boat and a detachment of US personnel boarded the vessel, where the missile parts were found.

The crew on the boat have been transferred to the Yemeni Coast Guard and the missile parts are in the possession of the US, the officials added.

One of the officials said they believed from initial information that the weapons were bound for Iran-aligned Houthi fighters in Yemen.

In recent years, US warships have intercepted and seized Iranian arms that Washington says are likely bound for Houthi fighters, however, the official said this was different, citing the advanced nature of the parts.

Under a United Nations resolution, Tehran is prohibited from supplying, selling or transferring weapons outside the country unless approved by the Security Council.

A separate UN resolution on Yemen bans the supply of weapons to Houthi leaders.

Potential additional US troops to be deployed

Since 2015, Yemen has suffered under a deadly war waged between the Houthis and a western-backed, Saudi-led coalition that intervened with the declared aim of reinstating the government of Yemeni President Abd Rabbu Mansour Hadi.

Saudi Arabia accuses the Houthis of being proxies of its regional rival, Iran, but the rebels say they are defending Yemen from the kingdom's aggression. Iran denies supplying weapons to the Houthis. A senior Pentagon official said earlier on Wednesday there were indications that Iran could potentially carry out aggressive actions in the future.

Tensions in the Gulf have risen since attacks on oil tankers this summer, including off the coast of the United Arab Emirates, and a major assault on energy facilities in Saudi Arabia.

Washington has blamed Iran, which has denied being behind the attacks.

Since May, the Pentagon has sent 14,000 additional troops to the region to deter Iran.

US officials told Reuters there were ongoing conversations about potentially adding additional troops in the Middle East, but that no decisions have been made and plans were fluid.

The Pentagon on Thursday denied a report that the US was considering sending up to 14,000 more troops to the Middle East in the face of a perceived threat from Iran.

The Wall Street Journal reported on Wednesday the possible deployment would include "dozens" more ships and double the number of troops added to the US forces in the region since the beginning of this year, citing unidentified US officials.