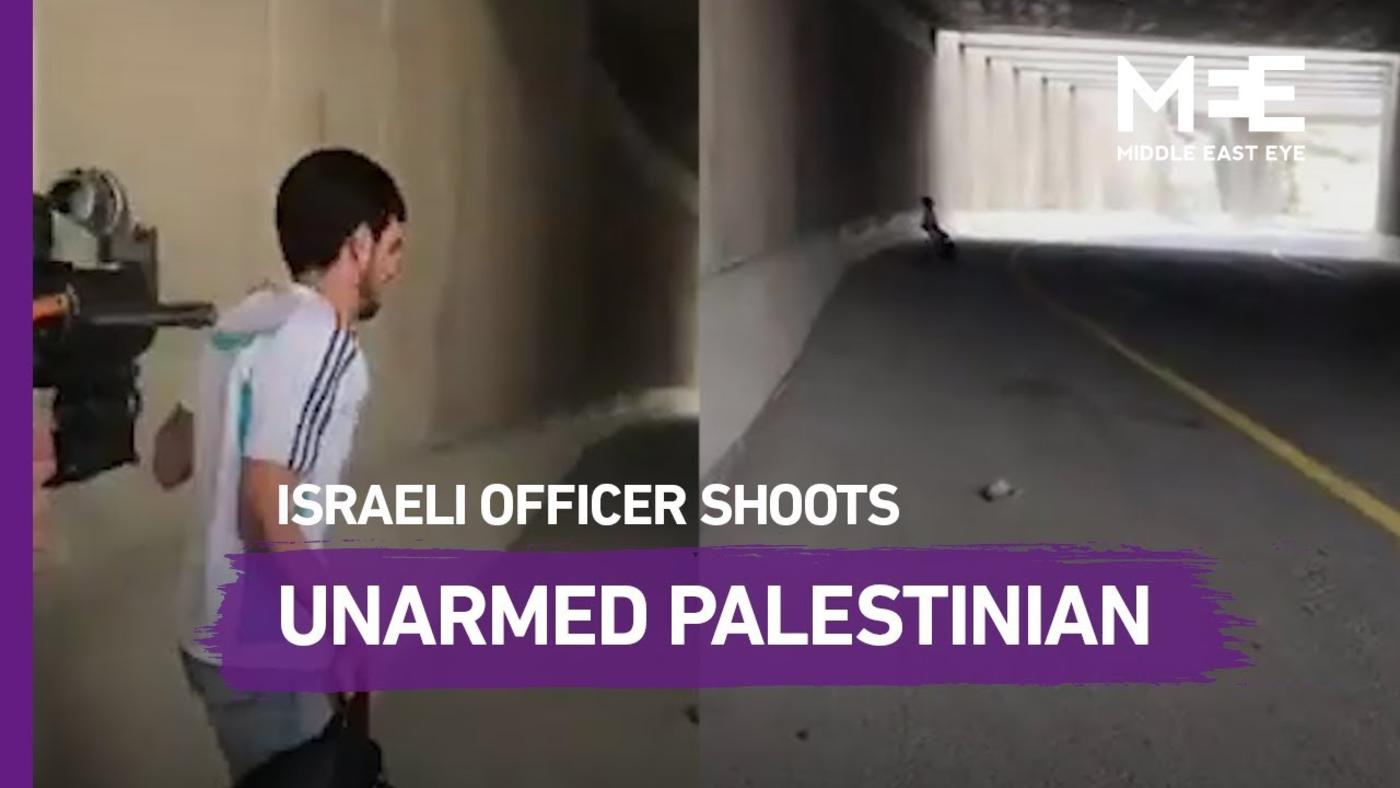 Haaretz said that at a detention hearing after her arrest last October, the judge said the officer apparently shot the Palestinian 'as a dubious form of entertainment' (Screenshot/Twitter)
By
MEE and agencies

Israeli police said on Sunday that an inquiry had already been opened and officers suspended, after a video emerged online showing a police officer at a checkpoint shooting a Palestinian in the back with a sponge-tipped bullet last year.

Israel's Channel 13 broadcast the video on Saturday evening, showing officers - part of the Israeli police - telling a Palestinian to turn back at a West Bank checkpoint on the edge of Jerusalem.

As the man walks away, his arms raised, one of the officers fires a sponge-tipped bullet, ammunition generally used for crowd control but which can be lethal at short distances. The man instantly falls to the ground, shouting in pain.

On Sunday, the Palestinian Liberation Organisation (PLO) slammed Israel over the incident and urged the United Nations to act, the AFP news agency reported.

"The video shows the extent of blind hatred and Zionist racism," the PLO said in a statement.

Haaretz reported that the female officer who shot the man had been discharged from the police but had returned to the army to complete her mandatory service.

The justice ministry is expected to issue an indictment against the former officer and possibly against other members of her unit within a few weeks.

"The other border policemen who were there were also removed and some of them were transferred from their positions."

Haaretz said that at a detention hearing after her arrest last October, the judge said the officer apparently shot the Palestinian “as a dubious form of entertainment”.

Israel has occupied the West Bank since 1967.

Three million Palestinians live in the territory, alongside more than 400,000 Israelis in settlements which are illegal under international law. 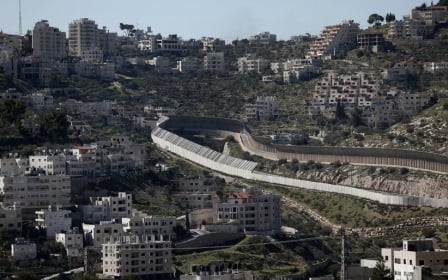