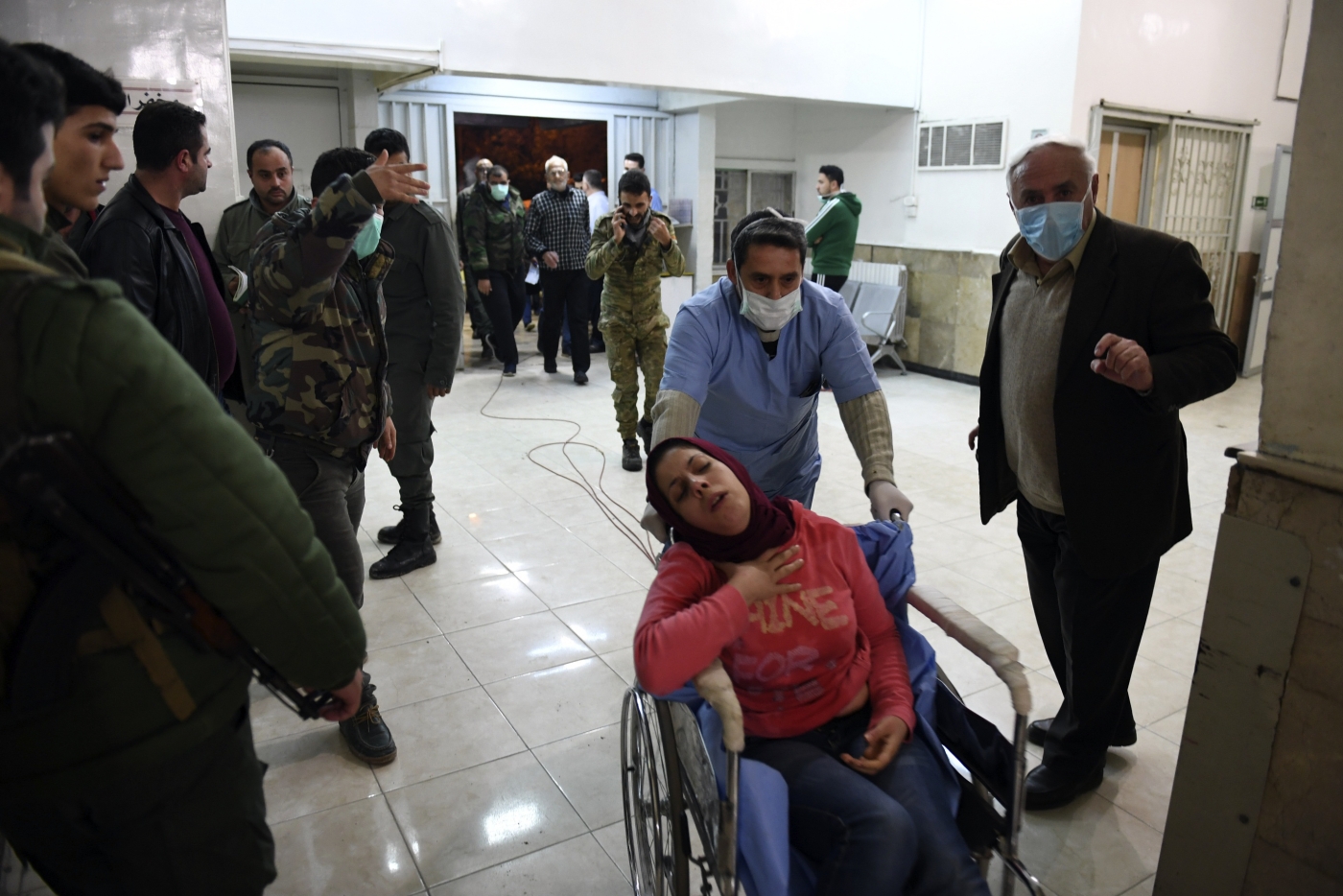 Syrian woman arrives for treatment at a hospital in the regime controlled Aleppo on 24 November 2018. Official Syrian media accused the armed opposition of launching an attack with "toxic gas" on the northern city, but a leading rebel alliance has denied any involvement (AFP)
By
MEE and agencies

The world's chemical weapons watchdog has for the first time blamed the government of Syrian President Bashar al-Assad for three attacks, two using sarin gas and one using chlorine in 2017.

The Organisation for the Prohibition of Chemical Weapons said on Wednesday it had "concluded that there are reasonable grounds to believe that the perpetrators of the use of sarin as a chemical weapon in Latamenah in 2017... and the use of chlorine... were individuals belonging to the Syrian Arab Air Force".

The report said the attacks were carried out by two SU-22 jet fighters which dropped two bombs containing sarin on 24 March and 30 March, 2017, as well as by a Syrian military helicopter that dropped a cylinder containing chlorine on a hospital in the town of Al-Lataminah on 25 March that year.

The report is the first released by the Hague-based watchdog's new Identification and Investigations Team (IIT), set up specifically to finger the perpetrators of chemical attacks in Syria's ongoing nine-year-long civil war. "Attacks of such a strategic nature would have only taken place on the basis of orders from the higher authorities of the Syrian Arab Republic military command," IIT coordinator Santiago Onate-Laborde said in the OPCW statement.

"Even if authority can be delegated, responsibility cannot. In the end, the IIT was unable to identify any other plausible explanation," he said.

The report said the attacks were carried out by two SU-22 jet fighters which dropped two bombs containing sarin on 24 and 30 March, 2017, as well as by a Syrian military helicopter that dropped a cylinder containing chlorine on a hospital in the town of Al-Lataminah on March 25 that year.

Almost two years ago, the Hague-based body confirmed that sarin and chlorine were used in two attacks in Al-Lataminah, but at the time it did not name those responsible.

Another deadly sarin assault took place a few days later on April 4 in nearby Khan Sheikun, killing more than 80 people.

But the new report stopped short of naming the culprit of an alleged 2018 chlorine attack in the Syrian town of Douma in which at least 40 people died - an investigation that has become a major bone of contention between Damascus and its Russian ally and Western nations.

The watchdog's member states voted in 2018, following a UN resolution, to give the organisation new powers to name those who use toxic arms. Previously it could only confirm whether or not a chemical assault had occurred.

Damascus has continued to deny the use of chemical weapons and insists it has handed over its weapons stockpiles under a 2013 agreement, prompted by a suspected sarin gas attack that killed 1,400 in the Damascus suburb of Ghouta. 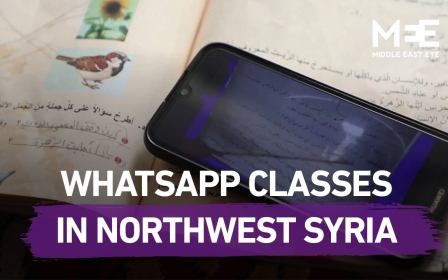 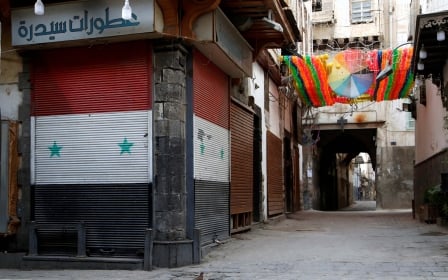