A US ethics and accountability watchdog has filed a lawsuit against the State and Treasury departments to force them to disclose records detailing the former administration's decision to lift sanctions against Israeli mining tycoon Dan Gertler.

The lawsuit, filed on Thursday by Citizens for Responsibility and Ethics in Washington (Crew), comes months after the group filed two freedom of information act (FOIA) requests seeking records related to Gertler's designations.

Crew says the lifting of the sanctions by then-Treasury Secretary Steven Mnuchin may be connected with Mnuchin's reported plans to create an investment fund backed by sovereign wealth funds in the Middle East. "The end of the Trump administration saw a flurry of last-minute grants of clemency to Trump allies and people with connections to them, and provided a clear view of the revolving door where appointees found opportunities to turn their political experience into private benefit," Crew said in a statement.

"In the case of Steve Mnuchin, the public deserves to know to what extent he followed the president's habit of exploiting his position of power to enrich himself."

The State Department declined to comment when contacted by Middle East Eye, citing a policy against discussing pending litigation.

Sanctions were originally levied against Gertler in December 2017 and June 2018, as the Israeli billionaire was accused of using his connections to the former president of the Democratic Republic of the Congo (DRC), Joseph Kabila, to arrange "opaque and corrupt mining and oil deals".

The deals were reported to have cost the citizens of the DRC more than $1.36bn in lost revenue between 2010 and 2012 alone, according to the Treasury Department.

Gertler previously denied wrongdoing and argued that his investments in Congo bolstered the country’s development.

Then, days before the Trump administration left office, the Treasury Department quietly eased sanctions against Gertler.

The decision was not announced until four days after Trump left office, and an investigation by the New York Times alleged multiple irregularities in the process.

In March, the Biden administration reinstated the sanctions, saying that exempting the mining tycoon was "inconsistent with America's strong foreign policy interests in combating corruption around the world".

The decision came after a coalition of 30 civil society organisations in both the US and Congo sent a letter to Treasury Secretary Janet Yellen, urging her to revoke the sanctions relief granted to Gertler. Several US lawmakers also called on Biden to reinstate the sanctions. 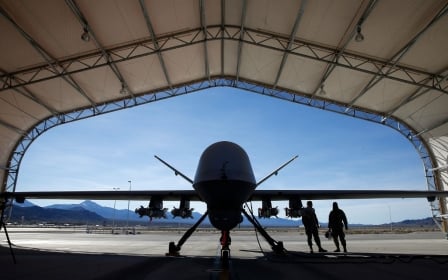 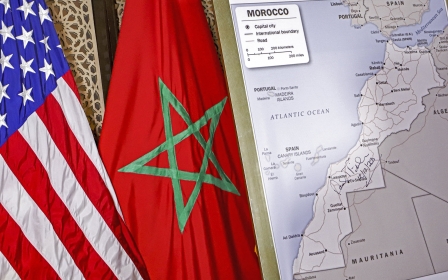 Analysis
Biden at 100 days: Restoring the pre-Trump 'normal' on Israel-Palestine