‘We are captives’: Iranian athletes, artists and journalists break ranks to speak out

Prominent figures criticise government in wake of Ukrainian airliner downing, with some calling on resignations and trials for those responsible Kimia Alizadeh, who has now defected from Iran, shows her medal upon arrival at Imam Khomeini International Airport in Tehran (AFP)
By
Rayhan Uddin

After Qassem Soleimaini was killed by a US drone two weeks ago, the Iranian government would have been forgiven for thinking that public sympathy in the country was firmly on its side.

Scores of people across multiple cities turned up to Soleimani’s funeral procession, waving flags, holding up portraits of the slain military leader and chanting slogans in unison.

Iranians were also united in their condemnation of US President Donald Trump, who tweeted of targeting Iranian “cultural sites” in retaliation to any aggression from Tehran.

Since then, however, Iran admitted - after days of denial - to have mistakenly shot down a Ukrainian passenger airliner that killed all 176 people on board. Four days in a row of anti-government protests have followed the admission, as demonstrators demand answers from leaders accused of dishonesty and a cover-up.

On top of this, the government is faced with prominent public figures who are taking this moment to speak out.

It began on Saturday when Iran’s first and only female Olympic medallist announced that she had defected from the country because of “hypocrisy, lies, injustice and flattery”.

In a letter posted to her Instagram, taekwondo athlete Kimia Alizadeh said: “I am one of the millions of oppressed women in Iran whom they've been playing for years”.

Alizadeh’s defection has caused shock in Iran, as the state-run ISNA news agency reported that she intended to compete at the 2020 Tokyo Olympics under a different flag.

This was followed on Sunday by Taraneh Alidoosti, a popular Iranian actor who has starred in an Oscar-nominated film, telling her six million Instagram followers: “We are captives.”

“I fought this dream for a long time and didn’t want to accept it. We are not citizens. We never were. We are captives," she said.

The post appeared to have been deleted or removed. However, the actor reposted it on Tuesday. “I posted this three days ago and I realised it was not there a few minutes ago. I post it again," she said.

Alidoosti was not the only cultural star to speak out. Several filmmakers, artists and musicians have announced they will boycott the Fajr Festival, Iran’s state-sponsored annual film, theatre and music festival, over the handling of the airline incident.

A group of cartoonists who withdrew from the event wrote a lengthy Instagram post, demanding clarity on the “real cause” of the disaster and the “resignations and trials” for all those responsible.

Adding to the list of defections and critics, several journalists resigned from Iranian state broadcaster IRIB over the crash cover-up.

Presenter Zahra Khatami vowed to “never get back to TV”, while fellow anchor Saba Rad announced that “after 21 years working in radio and TV, I cannot continue my work in the media. I cannot".

Gelare Jabbari, who quit her role as a state TV host some time ago, asked for forgiveness “for the 13 years I told you lies”.

Several of Iran’s news agencies and newspapers were forced to apologise after giving extensive coverage to officials who initially denied the Ukranian plane had been hit by a missile.

In a damning statement, the Tehran-based Association of Journalists said: "We are holding a funeral for public trust. The first coffins include the corpses of the official media... and then other newspapers and websites." 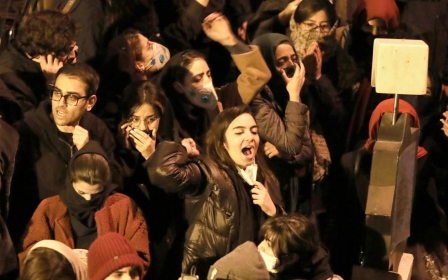 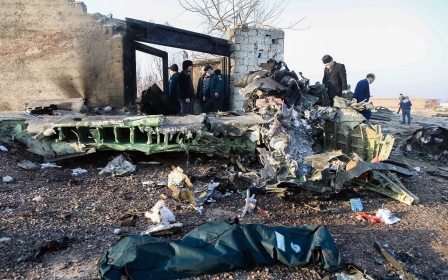 Inside Iran
Iran denies 'cover-up' over shot down Ukrainian airliner