'We are not neo-Nazis': Anti-arms group placed on UK's counter-terror watch list

Campaign Against Arms Trade has been placed on UK's Prevent watch list, alongside other non-violent groups 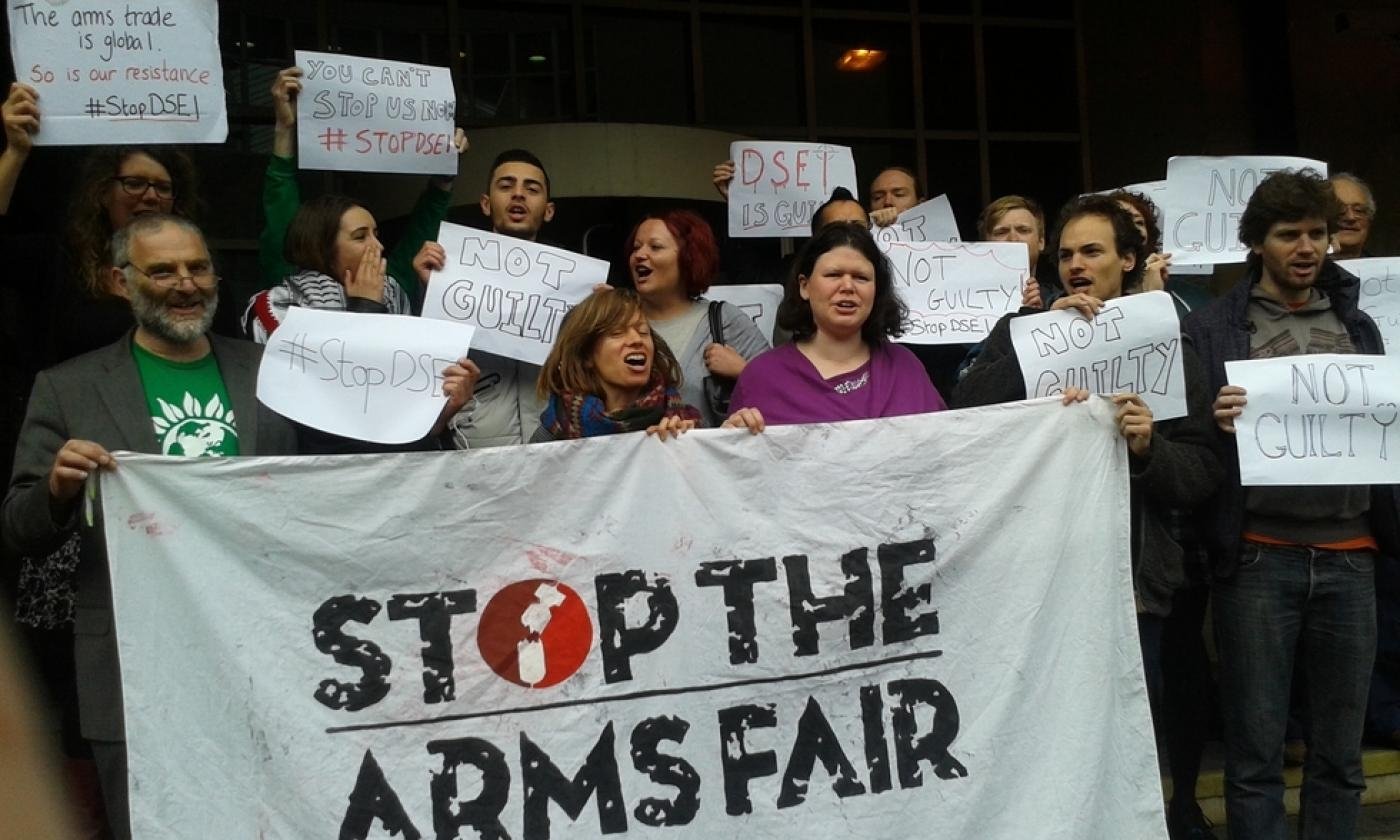 An anti-arms group that has campaigned for Britain to stop selling weapons to Saudi Arabia has been placed on a controversial counter-extremism watch list that is used by British police to identify potential extremists.

The Campaign Against Arms Trade (CAAT), which has lodged a number of legal challenges against Britain for its sales of arms to Saudi Arabia, was placed on the Prevent watch list alongside other non-violent environmental groups and neo-Nazi groups, the group said in a statement on Friday.

Other organisations that were placed on the list include environmental groups Extinction Rebellion and Greenpeace.

CAAT'S inclusion on the counter terror list was only discovered after the Guardian revealed that British police were sharing a document used as part of training for the controversial Prevent strategy.

'The message that this appalling list sends is that if you care about social justice or oppose war, arms sales, discrimination or conflict then you can be included alongside white nationalists and neo-Nazi hate groups,'

Prevent was launched as part of the UK government's counter-terrorism program and aims to identify signs of radicalisation.

Since the passing of the 'Counter terrorism and security in 2015', public sector workers including teachers and doctors are legally obliged to identify individuals prone to radicalisation.

Andrew Smith, a spokesperson for CAAT, described the group's placement on the anti-terror watchlist as "political policing".

"The message that this appalling list sends is that if you care about social justice or oppose war, arms sales, discrimination or conflict then you can be included alongside white nationalists and neo-Nazi hate groups," Smith said in a statement.

"Political policing has been a major problem, and this document takes things to a whole new level. It is yet another shameful attempt to repress dissent. This further discredits the fundamentally flawed Prevent scheme. It is long past time for police and government to stop criminalising democratic protest."

CAAT's logo was featured alongside the Palestine Solidarity Campaign in a document from June 2019 titled "left wing and symbols aid" authored by the Counter Terrorism Policing. 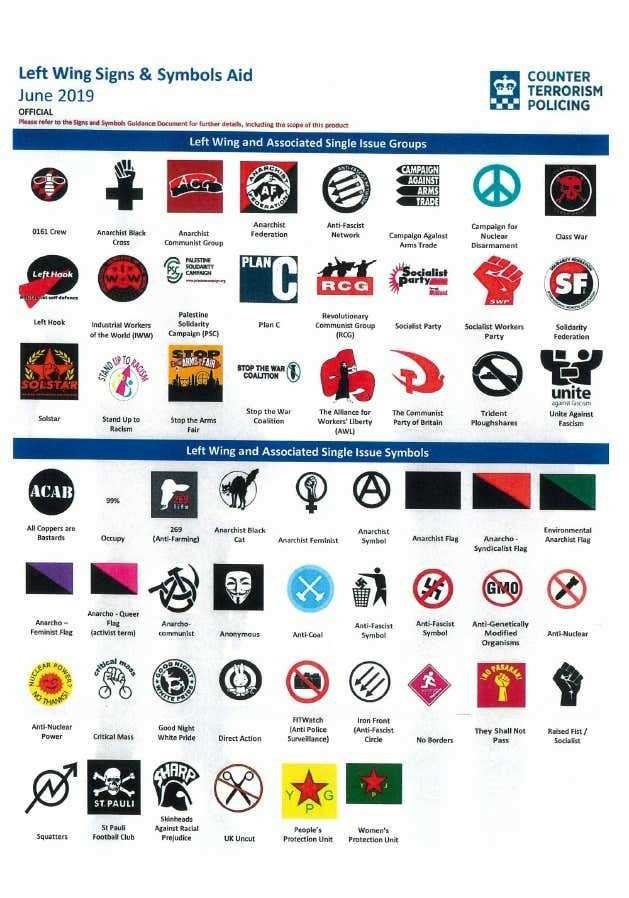 Earlier this week, UK counter-terror police recalled official guidance that claimed "Muslims who believe they are oppressed" could be a sign of extremism under the Prevent strategy.

Human rights groups and the Muslim Council of Britain described the guidance as "worryingly broad", because it included Muslims speaking out against the imprisonment of Uighurs in China and the human rights violations Muslims endure in India.

On Friday, more than 100 academics, activists and public figures opposed to Prevent released a statement calling for the government to end the strategy and set out an alternative approach to rebuild trust with marginalised communities.

The statement was released amid concerns over the future of its own review of the controversial strategy.

Signatories of the statement include Magid Magid, a member of the European Parliament; Zamzam Ibrahim, the president of the National Union of Students; Remy Mohamed, the president of the Association of Muslim Lawyers, and acclaimed poet Suhaiymah Manzoor-Khan, as well as many academics researching counter-terrorism policies.

"Decades of security-heavy policies have not reduced political violence nor addressed the root causes of it. We believe an alternative approach must break from the endless cycle of review, reform and rhetoric," the statement said.

"We need to reframe the conversation, broaden our collective horizons, and talk about how we can work towards building a healthy, safe society free from violence." 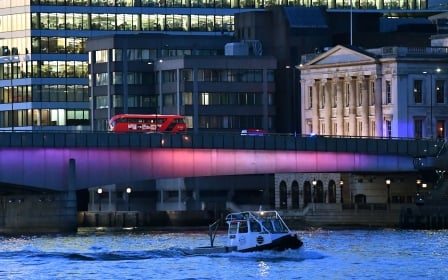