Who are the Kurdish militants fighting in Cizre? 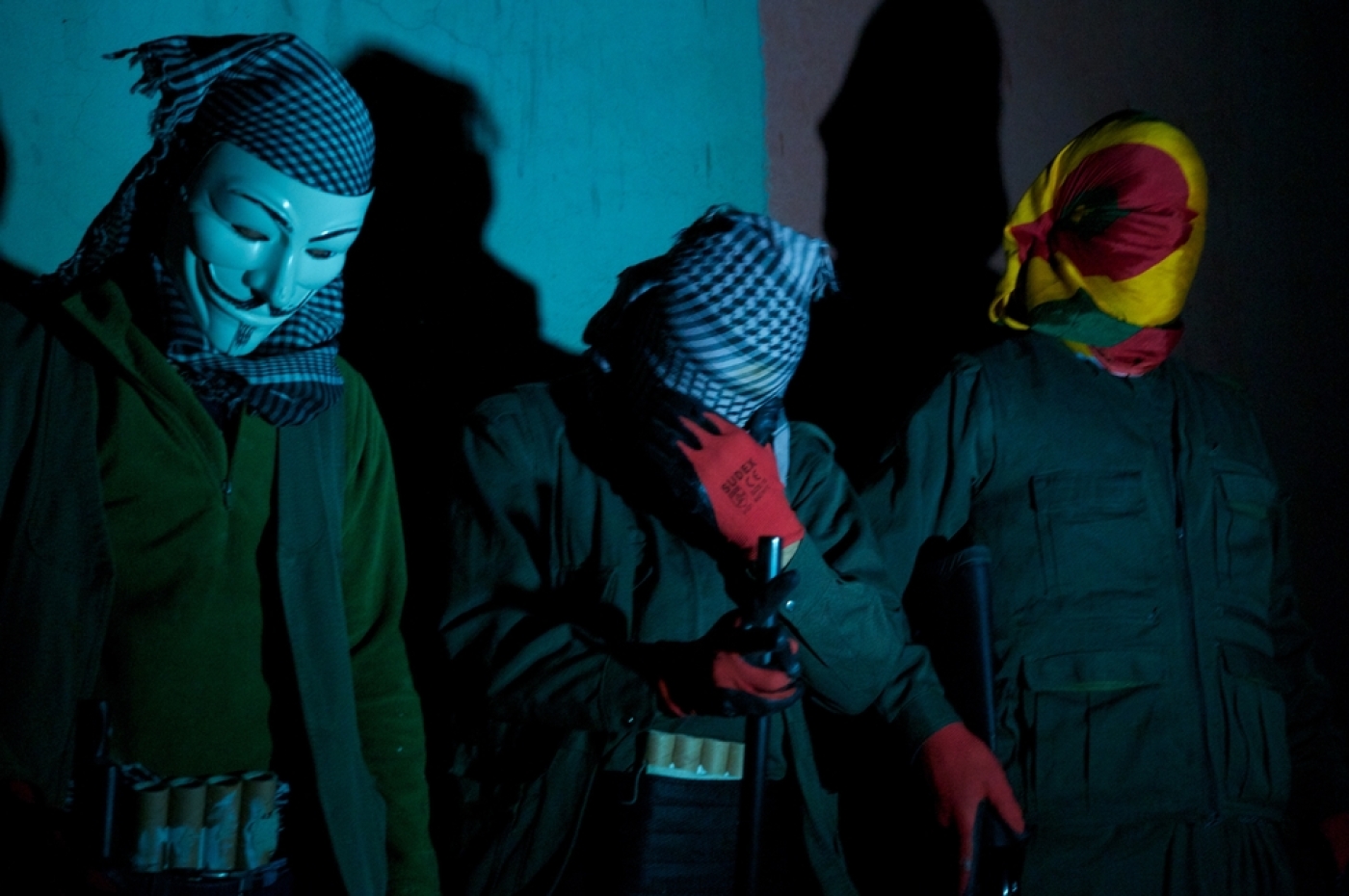 As a week long-curfew in the southeastern Turkish town of Cizre was lifted on Saturday, reports suggest that Turkish police forces in the area had been in a fight with a PKK-affiliate youth group called the YDG-H.

Turkish security forces have said that the military operations around Cizre and other provinces have been conducted to counter PKK attacks and to clear barricades and weapons from the areas.

According to French journalist Mattheiu Delmas, who was in Cizre throughout the blockade, the Kurdish fighters who were involved in the fighting with Turkish forces over the past week are largely Cizre natives in their twenties, born during the "scorched earth" policy of the 1990s used by the Turkish government in their fight against the PKK.

The youths make up the Patriotic Revolutionary Youth Movement (YDG-H) which is widely known to be the urban militant youth wing of the PKK in the predominantly Kurdish southeast regions of Turkey.

The group has been acting as a paramilitary force in Cizre for several months and has closed off several Kurdish neighbourhoods with their armed checkpoints and patrols, reported Vice News in a documentary about the group in February.

In the documentary, members of the YDG-H openly admit to being afiliated to and taking orders from the PKK, but residents of Cizre claim the local youths are not affiliated to the PKK’s guerrilla forces, say sources on the ground.

“Although some members [YDG-H] say they are not affiliated to the PKK, it seems obvious that they are. How else would they get their hands on weapons and Kalashnikovs,” said Delmas. “They all talk about learning to fight with the YPG in Kobane.”

The Kurdish People’s Protection Units (YPG) is a militia affiliated with the PKK fighting Islamic State group in the Syrian town of Kobane or Rojava. The group liberated the town from an IS-imposed months-long siege earlier this year.

“The YDG-H and the PKK share the same ideology but they have different strategies,” explained Delmas. “They are all young people; a new generation of guerrilla fighters who grew up with Syria war and became cultured with the fight in Kobane.”

The PKK has traditionally followed a hardline Marxist-Leninist strategy since its founding by leader Adullah Ocalan in 1978. The group launched a violent guerrilla war in 1984 that led to thousands of deaths.

“While the PKK only conducts guerrilla warfare and are based in the mountains, the YDG-H has taken the combat zone to their home towns and cities,” he added.

According to Delmas YDG-H members, who are usually late teens and early twenties, only fight in their own neighbourhoods, leading many locals to support them.

“The YDG-H only fight in their own neighbourhood and therefore all the locals support them. They say they are our sons,” he told MEE.

But Delmas says several of those killed would have most probably been members of the YDG-H.

“Locals in Cizre say the Turkish police forces only killed civilians. Even though it is impossible to differentiate between a fighter and a civilian during a funeral, the 21 killed must have included YDG-H members,” said Delmas. “YDG-H try to kill police and police try to kill them.”

Following a suicide bomb attack - blamed on Islamic State (IS) militants – that killed 33 people in Suruc, west of Cizre in July, PKK militants have renewed their armed campaign against Turkish forces.

An outbreak of fighting between the Turkish government and Kurdish militants has since escalated in predominantly Kurdish regions and towns of Cizre, Diyarbakir, Silopi and other cities in the southeast. As the Turkish police has targeted Kurdish militants, YDG-H youths have reportedly also shot at and killed police and barricaded their neighbourhoods.

The violence has stalled the "solution process”, officially launched in early 2013, which sought to end the 30-year conflict between the PKK and the Turkish state.

In Cizre a sense of frustration with the Turkish state has led many locals to publicly support the PKK and its imprisoned leader Abdullah Ocalan.

“Everyone in the city supports Ocalan, the PKK and YDG-H. They say they are fighting for Kurdish freedom and democracy,” said Delmas. “They say Erdogan wants to kill us because we didn’t vote for him in the latest elections.”

The group’s attempt to establish self-autonomy in southeastern Turkish towns has previously placed it at loggerheads with other Kurdish groups.

As the Kobane crisis broke out last year, armed violence between the YDG-H and Huda-Par, the successor to Kurdish Hezbollah, escalated in southeast Turkey.

Diyarbakir’s mayor claimed at the time that Huda Par’s use of arms was supported by the government while Huda Par representatives accused the PKK of importing the chaos in Syria into Turkey, reported al-Monitor.

Since July, more than 100 members of the Turkish security forces have been killed by PKK and affiliated groups’ attacks, while hundreds of PKK militants have been killed in operations across Turkey and northern Iraq, including airstrikes, according to official Turkish sources.