Who will get the green light in Istanbul? Traffic crisis key issue in mayoral race

Recently found to be the second most congested city in the world, Istanbulites want solutions as they vote in local elections 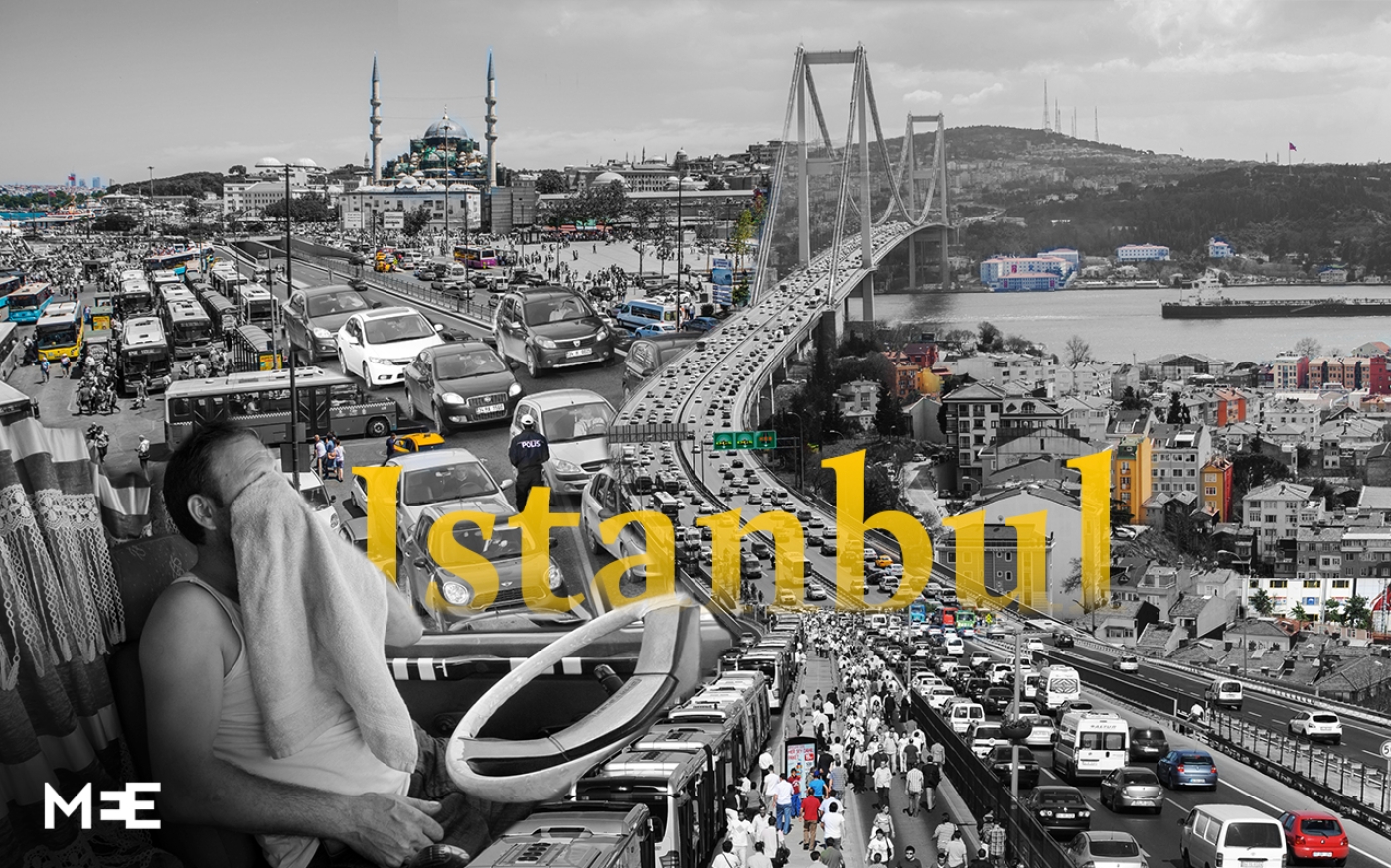 Historical landmarks dating back to Byzantium and the Ottoman era, a rich cultural life with countless different social and ethnic groups, amazing cuisine - and a notorious traffic problem.

Sixteen million inhabitants may express differing views on its delights, but traffic congestion is always at the top of the list when it comes to the downsides of Istanbul.

Traffic information service INRIX reports that Istanbul is the second most congested city in the world after Moscow.

That extra 46 minutes means 175 hours of wasted time and stress every year. 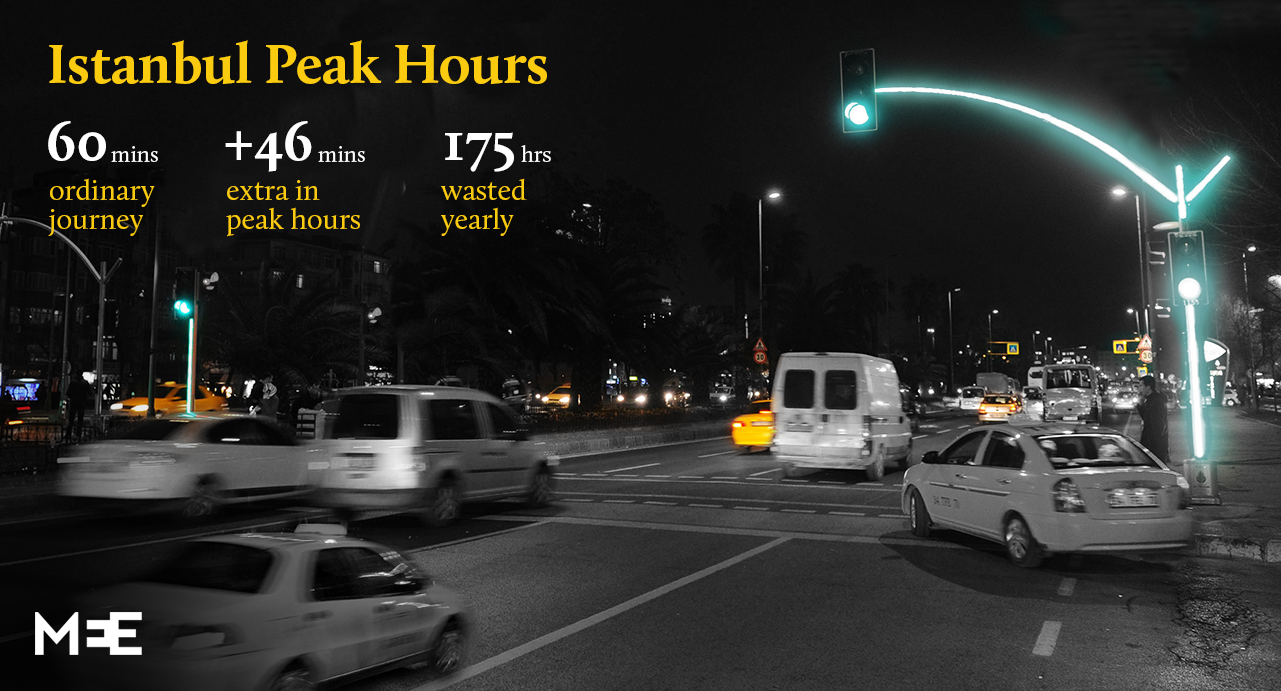 Being aware of the situation, the ruling AKP party has nominated a candidate nicknamed the "king of the roads" to stand for mayor of the city in local elections to be held on Sunday.

Meanwhile, after losing the last two battles in Istanbul with high-profile candidates, the main opposition CHP party is trying its chance with a humble district mayor.

Having spent his last five years as a mayor in Istanbul's banlieu district of Beylikduzu, 49-year-old Ekrem Imamoglu says: "You will see it in five years, we will provide an immense reduction in Istanbul's traffic."

Despite the claims, 29-year-old Yusuf who works as an editor at a publishing house cannot see more tranquil roads in his near future.

"My office is 20km away from my neighbourhood and congestion takes away my energy and prevents me from focusing on my work.

"Four months ago I received a job offer. A better paying one. I had to reject it because it would add an extra 90 minutes to my daily traffic torture.

"Election promises about traffic congestion. I find them exciting as everybody agrees that Istanbul needs more metro and rail lines.

"However, the solutions they offer are not real solutions, because the roots of the problem are more profound."

As a long-term traffic sufferer he speaks like an expert and says that Istanbul needs more, much more, metro lines.

Describing her daily routine, Buse Cetinkaya, a 30-year-old business consultant at a major car company says: "I spend one hour to go to work every morning. Then again, coming back home takes two and a half hours.

"That means three or four hours of wasted and inefficient time every week day. That much time affects not only my psychology but my body too. I feel more tired then I actually am."

Cetinkaya seems bored even talking about it and says: "In traffic we lose our patience towards each other. We lose our tolerance and respect. Because of my work, I travel to Stuttgart, Germany once in every two weeks."

According to INRIX, Stuggart is way down the list of congested cities of the world at 102nd.

"I notice that people are more happy and peaceful there. I can count many reasons but I think one of the most important reasons is traffic congestion," says Cetinkaya.

While Stuttgart has traffic jams only in rush hours, Istanbul has it every moment of the day. Hours of traffic exposure exhausts bodies and souls.

"It makes us edgy. Because we cannot spare time for ourselves," she adds.

'The one who takes Istanbul will take Turkey'

In terms of a solution, Cetinkaya is a fundamentalist. She does not believe that candidates can cure the traffic disease unless both the government and the people make a radical shift in their point of view.

"Government sets up huge projects like a third bridge on the Bosphorus or a tunnel under the sea. But the real problem is in the details," she says.

"They need to focus on the relatively small obstacles such as overwhelmed crossroads or wrongly designed routes."

Mehmet, a 52-year-old high-ranking financial executive, says: "My office moved from the European side to the Anatolian side.

"That reduced my daily traffic time, from 4.5 hours to 1.5 hours. Now I eat my dinner and complete a short stroll by the time that I previously would have just been arriving home.

"As a person who works in a busy atmosphere and stressful environment, being able to spare time for myself has added great value to my quality of life," he adds, mentioning uneducated, impatient and distressed drivers as one of the many reasons behind traffic stress.

Cezayir Dogan, the editor-in-chief of Radio Traffic, Istanbul's only traffic radio, says: "There is no doubt that the number one problem of Istanbul is traffic congestion.

"And people are closely following the projects on this subject. But I need to add that 'solution' is not the word we should use, 'bearable' is.

"There is no traffic-free metropol in the world. So we cannot expect 'zero traffic' in Istanbul, but we can envision 'bearable traffic'.

"And as far as I can see, voters are quite hopeful about their projects."

Dogan insists that the government should focus on "inspection, education and coordination" as much as major infrastructure projects.

His radio station has aired interviews with both Yildirim and Imamoglu, as well as many more district candidates, in which the traffic issue has been hotly debated.

Istanbul's local elections are the point where it all started for Turkey's President Recep Tayyip Erdogan. The 1994 mayoral race was the first rung in Erdogan's ladder of election victories.

"The one who takes Istanbul will take Turkey" were the words he used in 2014, during the last local election campaigns, and that slogan turned out to be accurate. For 25 years, opposition parties have been unable to engineer a happy ending in Istanbul and in the meantime Erdogan has come out on top in three local elections, five general elections, three referendums and one presidential election.

Determined to add a 13th win to his streak, Erdogan has personally been conducting election meetings.

In an atmosphere where Turkey's economic growth has slowed and a drop in the value of the Turkish lira has reduced peoples' purchasing power, his speeches contain a vast variety of subjects, ranging from the New Zealand terror attack to Israeli atrocities in Gaza.

He has also managed to appeal to his popular base with references to billions of dollars worth of investments such as the new Istanbul Airport, which aims to be the busiest in Europe, a 63km long new train line, city hospitals and the Camlica mosque, which can accommodate more then 60,000 people.

'Look in the mirror and straighten up'

On the opposition side, Imamoglu has sought to distance himself from his CHP party, as the country's founding political party struggles with a candidature and leadership crisis.

Attempting to separate himself from the party's quarrels, Imamoglu has sought out new followers, even reciting the Quran in memory of the victims of the New Zealand terror attack, despite his secular party's background.

As assertive as every other politician, Imamoglu claims that he will win the race in Istanbul and this victory will force the ruling AKP party to "look in the mirror and straighten up".

But regardless of who wins, Yusuf is not hopeful for a remedy to Istanbul's traffic crisis and cannot see a solution to the traffic congestion in the near future.

"Istanbul's population is huge and the transportation system and road network are not meeting the needs.

"The more the roads and transportation system are developed, the more new buildings are built, just presents an opportunity for more people to come." Inside Turkey
Turkey's economy slips into recession, according to new figures