Will Hamas and Israel head for a long-term truce?

Israel and Hamas may be considering some kind of long-term accommodation, analysts say, citing recent statements by both sides A member of Izzedine al-Qassam Brigades stand guard during a ceremony marks first anniversary of Israel's war on Gaza, in Gaza City on 8 July 2015 (AA)
By
Anadolu Agency

GAZA STRIP - Some political analysts believe Israel and Gaza-based Palestinian resistance group Hamas may be heading for a long-term truce following years of bitter - and often violent - animosity, based on recent statements by leaders from both sides.

Hamas, which has governed the Gaza Strip since 2007 after winning legislative elections one year earlier, has remained tight-lipped on the issue. Indeed, for the more hard-core Palestinian resistance groups, the notion of détente with Israel remains anathema.

But Ismail Haniyeh, a senior Hamas political leader, has recently made several veiled statements hinting at such a possibility.

"Thanks to ongoing Palestinian efforts," Haniyeh said in early July, "the Gaza Strip will be relieved soon and the siege will be lifted."

Since 2007, Israel - with Egypt’s help - has blockaded the strip by air, land and sea. The embargo has deprived the enclave’s almost 2 million inhabitants of most basic commodities including food, fuel and medicine, and turned the entire territory into a de facto prison.

Despite the years of suffering caused by the siege, Palestinian political analyst Tayseer al-Muhaysini believes Hamas may be mulling a long-term accommodation with the self-proclaimed Jewish state - one, he believes would include an end to the eight-year embargo.

"Repeated hints by Hamas that the end of the blockade was imminent, along with recent calls to lift the siege by certain Israeli leaders, suggest that there is movement on this track behind the scenes," al-Muhaysini told Anadolu Agency.

Al-Muhaysini believes that following three major offensives against the strip (in 2008-9, 2012 and 2014) in which the Israeli army failed to destroy Hamas, Israel has concluded that "war doesn't work".

Hamas, for its part, al-Muhaysini said, "wants a respite from perpetual conflict and an end to the suffering of the strip’s inhabitants, which in recent years has reached unprecedented levels".

Last year’s Israeli onslaught against the strip, in which more than 2,160 Palestinians, mostly civilians, were killed, ended with a ceasefire agreement between the two sides. Although the deal called for negotiations to resume under Egyptian mediation last September, these have yet to materialise.

Nevertheless, Israel’s top brass recently called on Defence Minister Moshe Yaalon to take steps towards easing the siege. According to Israeli daily Haaretz, military officials issued a raft of recommendations to Yaalon in this regard.

These reportedly included allowing the passage of goods through the Gaza Strip’s Karni Crossing and Karem Abu Salem Crossing, and allowing Gazans to work in parts of the strip near the border with Israel.

Earlier this year, the Israeli press reported that Qatar was attempting to mediate between Israeli officials and the Hamas-run Gaza government "in a bid to negotiate a long-term ceasefire agreement and broker terms for the rehabilitation of the Palestinian coastal enclave".

On 25 March, the Times of Israel, citing Palestinian sources, reported that Qatar’s representative to the Gaza Strip "had met with top Israeli and Hamas officials" in hopes of mediating "a five-year ceasefire deal between Israel and Hamas".

According to the newspaper, the terms of Qatar’s proposal included "a long-term ceasefire; ending the blockade of Gaza; inviting Palestinian Authority President Mahmoud Abbas and his government back into the strip and giving him control of the border crossings; rehabilitating Gaza; and constructing a seaport and an airport [in Gaza]".

Adnan Abu Amer, political science professor at Gaza’s Al-Umma University, likewise believes an accommodation between the two arch-foes may be in the offing.

"While there have been no official statements to this effect, recent calls by Israeli officials to ease the Gaza blockade, and hints by Hamas that it’s mulling some kind of détente, suggest some kind of agreement is imminent," said Abu Amer. 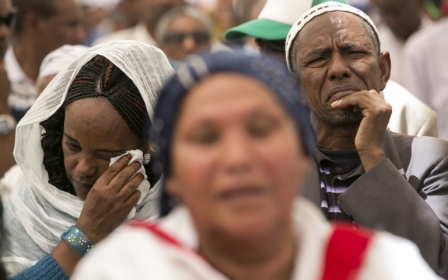