Some people struggle to pay their energy bills while some don't get adequate heating. Both are part of structural inequities affecting Black and brown communities 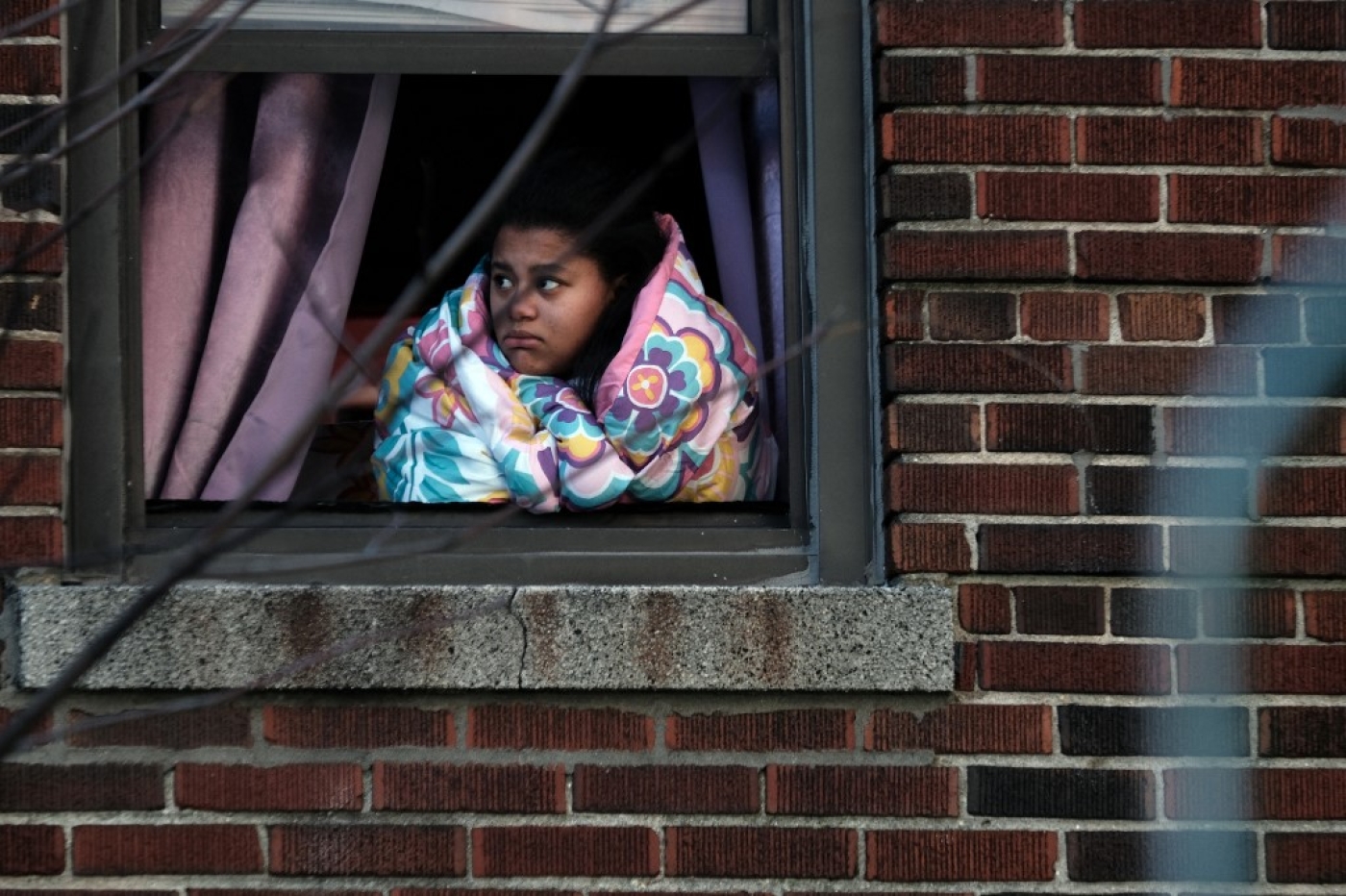 A girl looks out of her window at a fire-damaged building a day after flames swept through the complex in the Bronx, New York, on 10 January 2022 (AFP)
By
Zainab Iqbal

Last winter, Amadou didn’t have heat in his Bronx apartment for an entire month. He vividly remembers sitting at home with his wife and two kids, with garbage bags taped to drafty windows, blankets scattered around the living room, and mittens on his children’s hands.

In the beginning, his wife would turn their stove on and they’d get some warmth that way. But their youngest child accidentally almost touched the gas flames one day, so she stopped turning it on.

Outside, the temperature was two degrees celsius. So inside, they were struggling to stay warm.

Amadou, like many others, was hesitant to write a complaint to both the building management and the city. The apartment lease was under his brother-in-law’s name, who was not living with them, so he feared they would be kicked out.

His wife would sometimes complain to the building superintendent, and then for a few days at a time, there would be heat. But the heat would come and go.

Eventually, Amadou and others in his building would turn to space heaters.

Portable electric space heaters are dangerous. The US Consumer Product Safety Commission estimates that these heaters are involved in about 1,100 fires per year. One of these fires took place on 9 January 2022 - just a few blocks away from where Amadou lives.

The high-rise fire killed 17 people, eight of them children, and 44 were badly injured. It was later revealed that a malfunctioning space heater caused the fire. The fire’s toll was the worst in the city since a tragedy at a Bronx nightclub in 1990 when 87 people died.

In a neighbourhood filled with West African Muslim immigrants, mostly from Gambia, everyone was heartbroken. As a result, Amadou put away his space heater.

“I still remember the smoke. I saw it from my window and it wasn’t slowing down even an hour later. That’s when we knew something was wrong,” Amadou, who didn’t want his last name used, told Middle East Eye.

“When we found out the fire was because of a space heater, I got scared. We all got scared. The kids and families that died were like our own. This is a tight-knit community. If it happened to them, it can happen to us.”

Eventually, the landlord in his building turned on the heat, perhaps out of fear, and didn’t turn it off until the weather became warmer. But winter is fast approaching again, and Amadou and so many others on the margins of society, await their fate.

While the lack of heating or people struggling to pay their heating bills is a huge problem, it is part of a bigger phenomenon. These issues often take place in minority communities – Black, brown, Muslim, Latino, and so on. But why?

In the US, there are structures that exist that punish marginalised communities. People in these communities have to fight for resources that should already be available to them, experts tell MEE.

The Fordham Heights community in the Bronx, where Amadou lives, doesn’t receive a lot of help. For example, when Covid-19 was rampant just a few years ago, testing sites were opened across the city. In the Bronx, people complained that there were too few of them there. They would often wait hours in long lines to get tested.

'They get away with it'

That area has a significant Black population, and these neighbourhoods often face disparities in a whole host of fields, including housing, Raphael Charron-Chenier, a sociologist at Arizona State University, told MEE.

“There's a long history of systematic differences in access to housing for marginalised communities. Some of that has been driven by exclusion from the financial system, like redlining prior to the 60s and recent policies that corralled folks away from subsidised mortgages, which meant that access to homeownership has been really different,” Charron-Chenier said.

Redlining refers to racial discrimination of any kind in housing, but it comes from government maps that outlined areas where Black residents lived and were therefore deemed risky investments, The New York Times wrote.

According to “Systemic Inequality: Displacement, Exclusion, and Segregation,” a report by the Center for American Progress looking at how America's housing system undermines wealth building in communities of colour, for decades “governments and private citizens have employed exclusionary tactics to prevent African Americans and other people of colour from building wealth through homeownership and affordable housing”.

The report noted that households of colour were systematically excluded from federal homeownership programmes for much of the 20th century. In the decades before the Fair Housing Act was passed, white Americans believed that Black families were a threat to local property values.

“For example, real estate professionals across the country who sought to maximise profits by leveraging this fear convinced white homeowners that Black families were moving in nearby and offered to buy their homes at a discount,” the report stated.

They would then sell the properties at very high interest rates to Black families who already had limited access to loans and benefits. 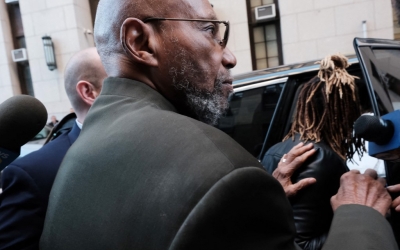 “These homes were often purchased on contracts, rather than traditional mortgages, allowing real estate professionals to evict Black families if they missed even one payment and then repeat the process with other Black families.”

He explained that you will often see Black households having to spend more than white households on the same things, like energy costs, for example.

One reason for this, according to Charron-Chenier, is that the actual usage is just higher. But why is that?

“That's driven by unequal access to quality housing. If there's a systematic disparity in the kind of housing people have access to, that's going to lead to disparities in just how much you have to spend to meet the same minimum level of how warm your apartment is.”

He explained that things like this lead people to pay more to get the same results. For example, if someone is working at a job that is at the lower end of the service sector, they might make an unstable income, which would mean they might be late on payments, leading to penalties that accumulate and raise the bills.

Who are the people working at the lower end of the private sector? Mostly Black and brown folks.

Economic marginalisation also makes a huge impact on a person’s financial standards, he said. For example, low credit scores. If a person’s credit score is low, because they don’t have stable work, then it closes them out from a good portion of the rental market.

So, they’d have to find a landlord that doesn’t care about credit scores. But those landlords end up using that to their advantage, he said, because they know the person has nowhere else to go. They might not offer heat at times, or a person might have to pay more for energy.

In addition, since policing is heavily disproportionate in terms of both class and race, it exposes people with criminal records to “predatory practices and lower quality housing stock as well,” he said.

“You have a marginalised group of folks who were using your service and don't really have an alternative, then you know that there's not really a danger of losing your clients. You can cut a lot of corners to increase profits,” he said.

Charron-Chenier adds that not providing heat is just a way for landlords to reduce their own costs and reap higher profits.

“If you do that and there's a failure, I'm guessing legally speaking, the tenant is the one that gets blamed,” he said.

Deena Malek’s husband owns their home in New York. While she believes that they are blessed to even have their own home, she says they struggle often.

“Having your own home is not easy. There are mortgages and the bills multiply. If there is something wrong with the plumbing, you have to call a plumber and pay them. There’s no calling your super at any time of the day,” she said.

“Yes, we also struggle with paying our utility bills," she said. "And in the winter, we don’t turn on the heat unless it's absolutely necessary.”

'I fear what it would mean for those who are clearly already struggling - missed medication, foregoing groceries, and even eviction'

“A number of factors are converging to create a bleak situation: global energy consumption has rebounded from the start of the pandemic, and supply was barely keeping pace before the war in Ukraine further reduced supplies,” Fortune reported.

Con Edison is an energy company that provides electricity, gas and steam to New York City and Westchester. For 2023, the company is proposing to increase the average New Yorker’s bill by $60 a month. New York State assembly member Zohran Kwame Mamdani is working to change that.

Mamdani represents the 36th assembly district, which includes parts of Queens, including Astoria, a mostly immigrant, minority community. He told MEE that of all the constituent cases his office has opened, 25 percent have to do with Con Edison.

“Constituents have been telling us about the impossible choices that their families have had to make because of the utility bill increases they’ve seen from the 2019 rate case, in addition to the rise in service costs,” he said. “Many have said that they may have to leave our neighbourhood if these costs continue to increase.”

As of February 2022, almost 1.3 million residential gas and electric customers across New York are 60 or more days behind on their bills, to the tune of over $1.7bn, according to an analysis by The City.

“I fear what it would mean for those who are clearly already struggling - missed medication, foregoing groceries, and even eviction,” Mamdani said. “For the median New York State household, the proposed increase translates to nearly a full percent of their income. For Con Edison, this proposal will translate to greater profits.”

In the meantime, both Malek and Amadou are awaiting with trepidation for the frigid temperatures soon to come. For Malek, it’s thinking about paying the heating bills. For Amadou, it’s just about keeping his family warm. 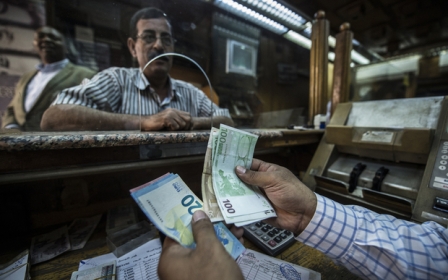 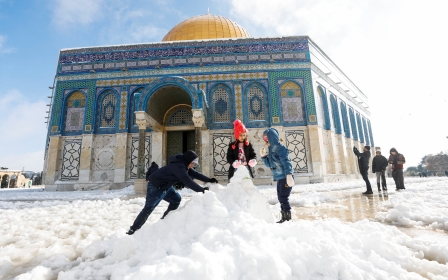