At least 111 fighters have been killed on both sides in Yemen's Marib region over the past three days, according to pro-government sources, as a recent relative calm around the city fell apart.

The Houthis renewed their offensive to seize the government's last stronghold in northern Yemen, which they began in February, as attempts to broker a ceasefire stalled.

The fighting has turned Marib into a new focal point of fighting in Yemen, killing hundreds on both sides, and raised fears of a humanitarian catastrophe as it hosts a million people already displaced by the war.

Yemeni government officials said that since Thursday, the Houthis had mounted intensive attacks from the north, south and west, but were unable to breach government defences, which were supported by air cover from the Saudi-led military coalition.

While Washington sees the offensive as the most serious threat to attempts to end the war, the Houthis are thought to believe seizing Marib would strengthen their hand. They have demanded an end to the Saudi-imposed blockade on Sanaa airport.

The UN and US have been pushing for a truce to end the war, which began when the Houthis seized Sanaa, the capital, in 2014 and escalated when Saudi Arabia formed an international coalition to support the Yemeni government.

Alongside their offensive in Marib, the Houthis have also stepped up drone and missile strikes on Saudi targets, including its oil facilities.

This month the outgoing UN envoy for Yemen, Martin Griffiths, told the Security Council his own efforts over the past three years to end the war had been "in vain".

The fighting has killed tens of thousands and left some 80 percent of Yemenis dependent on aid, in what the UN calls the world's worst humanitarian crisis. 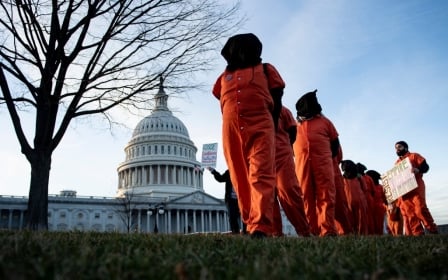