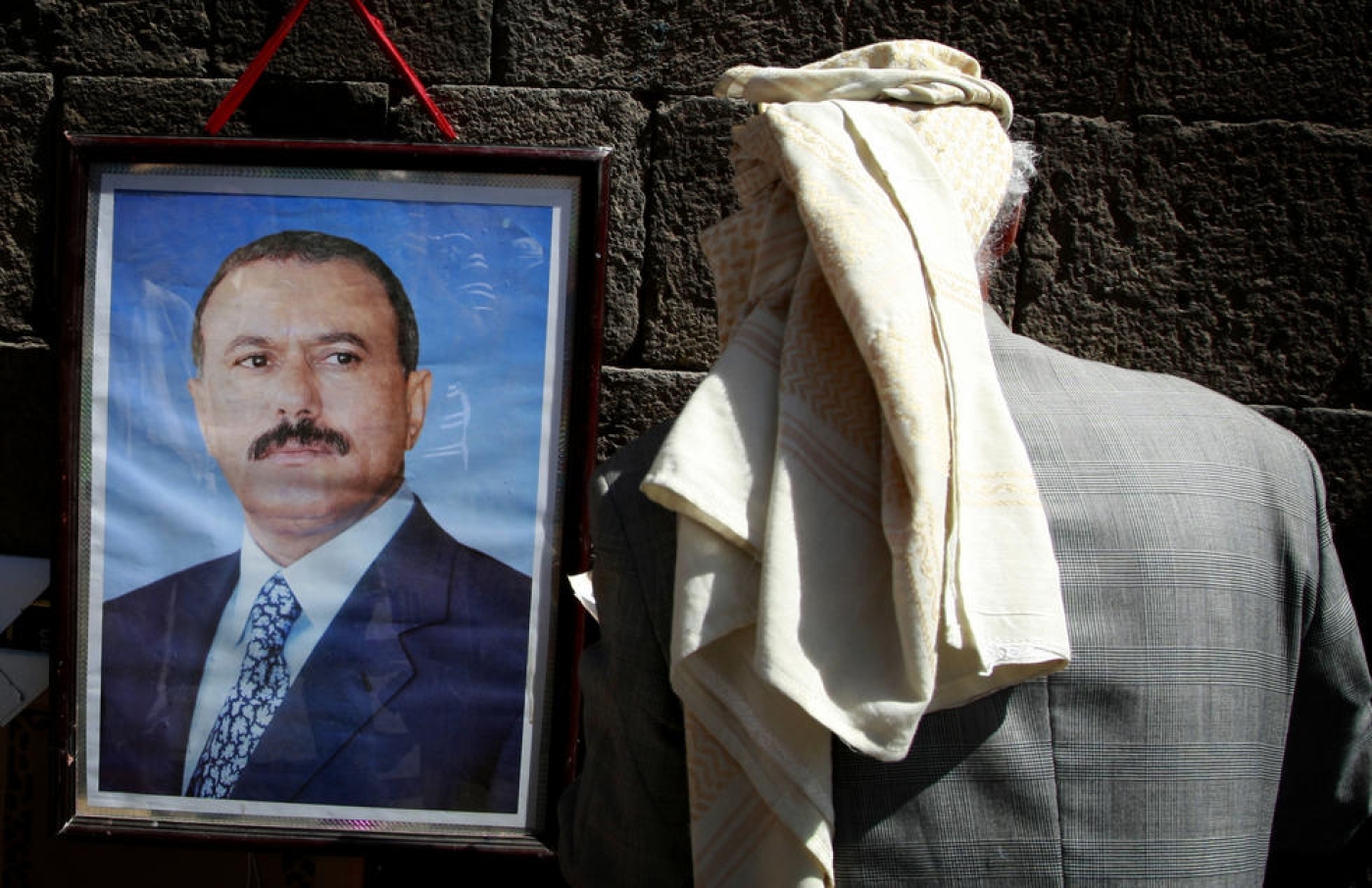 A Yemeni looks at a poster of then president Ali Abdullah Saleh in Sanaa on 6 January, 2010 (AFP)
By
Peter Oborne

Officials within the government of the former Yemeni President Ali Abdullah Saleh worked with al-Qaeda ahead of a 2008 attack on the US Embassy in Sanaa which resulted in 19 deaths, it is claimed on Thursday.

It is alleged that Saleh’s security chiefs ignored repeated warnings that the embassy would be targeted. Earlier, in July 2007, they had ignored similar warnings that al-Qaeda was planning a bloody attack against foreign tourists.

These claims of Yemeni double-dealing are made by Hani Muhammad Mujahid, a former al-Qaeda foot soldier who worked for Osama Bin Laden in Afghanistan before he fled to Pakistan 13 years ago.

Later Hani Mujahid returned to his native Yemen where he says he joined al-Qaeda in the Arabian Peninsula (AQAP) whilst simultaneously acting as an informer for the Yemeni government.

His testimony, to be shown today on Al Jazeera, holds the potential to deeply embarrass the United States, which placed its trust in Saleh. As recently as September last year, President Obama boasted that Yemen was a US counter-terrorism success story: "This strategy of taking out terrorists who threaten us while supporting partners on the front lines is one which we have successfully pursued in Yemen and Somalia for years."

However, Hani Mujahid’s testimony suggests that the Unites States was being double crossed by Saleh. If verified, the revelations will prove a particular personal embarrassment for John Brennan, Director of the CIA, who maintained very close relations with Saleh over the years, investing US credibility in the Yemeni government, and visiting the former president many times.

Hani Mujahid was interviewed over three days by Clayton Swisher, director of Al Jazeera’s Investigative Journalism Unit. The interview provides a remarkable insight into the life of an al-Qaeda foot soldier who, as an explosives expert, seems to have been party to many decisions made by the group's high command.

Mujahid was first attracted to Osama Bin Laden’s message of global war in 1998 at age 20. He travelled to Afghanistan for training at the al-Farouk and Aynak camps. He lost his thumb in what he describes as a training accident.

After the fall of the Taliban in 2001, Mujahid like many al-Qaeda fighters fled to the tribal areas of Pakistan from where he continued the fight against the United States. He was arrested in 2004 by the Pakistani authorities who interrogated him for several weeks before handing him over to the CIA. Mujahid was then flown back to Yemen and sent to jail. It was soon after his time in a Sanaa prison that he says he was recruited to work as an informer for the Yemeni security services.

Mujahid claims that not long after his release from jail, he quickly obtained access to senior levels in AQAP, notoriously one of al-Qaeda’s most active units. He describes himself as "the al-Qaeda infiltrator for the security agencies".

Yet Mujahid goes much further than this, asserting that he acted as an intermediary between Yemeni Security Forces and al-Qaeda, arranging for the supply of money and ammunition for terrorist outrages. He states that "many al-Qaeda leaders were under the complete control of Ali Abdullah Saleh," adding that "Ali Abdullah Saleh turned al-Qaeda into an organised criminal gang".

Mujahid tells Al Jazeera that he informed his Yemeni handlers of the September 2008 attack on the US embassy in Sanaa on a number of occasions, notifying them three months in advance, a week in advance and, finally, three days before the attack itself.

He asserts that the Yemeni security took no notice, further claiming that Colonel Ammar Saleh, the president’s nephew and then deputy at the National Security Bureau, actually helped al-Qaeda receive the money and the explosives needed for the embassy attack.

Mujahid’s revelations may cause the Spanish government to reopen its investigation into the 2 July, 2007 attack against foreign tourists. An earlier Spanish investigation into the al-Qaeda coordinated atrocity, which caused the deaths of 10 people including eight Spanish tourists, were thwarted following the failure of Yemeni officials to co-operate. He tells Al Jazeera that he would have no problem providing testimony to "any international panel".

Counter-intelligence experts who have seen Mujahid’s testimony say that his story is at least in part credible. Richard Barrett, former British diplomat and founding member of the UN Counter Terrorism Implementation Task Force, highlighted what he called "huge implications" for the United States if Mujahid's account is true.

Mujahid also claims that he was the first person to "expose" the notorious bomb maker Ibrahim al-Asiri who is believed to have made the so-called underwear bomb found in 2009 on a Northwest Airlines flight from Amsterdam to Detroit. Mujahid's suggestion that he reported al-Asiri to his Yemeni handlers hints at a possible failure of western intelligence.

Hani Mujahid recounts how, despairing of his Yemeni contacts, he attempted to approach the CIA directly in November 2010. He tells how the CIA agreed to a meeting at a local hotel, but he was kidnapped by Yemeni intelligence officers on the way to the rendezvous. Later, he did meet the CIA, but only under the direct supervision of Colonel Ammar. According to Hani Mujahid, he made the decision to approach Al Jazeera out of despair at the lack of action at both the Yemeni government and the United States. Inside Yemen
Yemen leak: Collusion between Houthis and ex-president Saleh Inside Yemen
Is Yemen's Saleh really worth $64 billion? 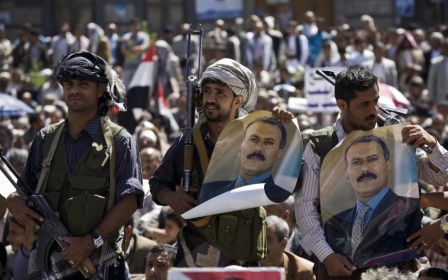