Yemenis cheer death of Saleh, as others flee Houthi backlash

Thousands take to the streets of the capital to mark the demise of 'traitor' Saleh. Away from the crowds, others were planning their escape SANAA - Thousands of Yemenis thronged the streets of Sanaa on Tuesday to celebrate the death of the former president Ali Abdullah Saleh, who was captured and killed by Houthi militiamen outside Yemen's capital as a "traitor" for turning on his former allies.

The city had been quiet in the morning as five days of intense clashes halted within hours of Saleh's death. Many Saleh loyalists were rounded up by Houthi fighters, who set up dozens of checkpoints to prevent their escape and raided loyalist homes.

The toll in a week of fighting was put at 234 killed and 400 wounded by the Red Cross. But Saudi coalition-led air strikes continue to hammer Houthi-held areas, and the toll could increase in the coming days.

I am sad about the killing of Saleh, but I am also happy that regular life has returned to Sanaa

Nevertheless, Houthi leaders determined the city was safe enough for celebrations over the death of their arch-foe.

Raed al-Raseni said he had reopened his shop in Hail Street, central Sanaa, after the Houthis announced the city was safe.

"I have mixed feelings - I am sad about the killing of Saleh, but I am also happy that regular life has returned to Sanaa and people can leave their houses normally," he told Middle East Eye.

But as the streets began to fill with those celebrating Saleh's death, many others still backing Saleh's party, the General People's Congress (GPC), began to plan their escape.

A source in the GPC's media office in Sanaa told Middle East Eye: "The Houthis arrested dozens of GPC leaders, some journalists and normal GPC members yesterday and they are still chasing others."

"The Houthis are spiteful of the GPC because Saleh began the revolution against them, and the Houthis believe others will try to see it through."

The GPC did not end after Saleh's death. It will become stronger

The source added that there had been a mass exodus of GPC members from Sanaa to other provinces.

"The GPC did not end after Saleh's death - the leadership is going to restore the party and it will become stronger," he said.

Other Saleh supporters had resorted to telling the Houthis they were their supporters, he added.

"Some fighters and members of the GPC could not flee Sanaa, so they resorted to disguise themselves as Houthis.

"Those people will support the GPC and civilians at the proper time."

Ahmed Obaid bin Dagher, the prime minister in the Saudi-backed government of Abd Rabbuh Hadi, said he held the Houthis responsible for the safety and health of the GPC supporters it had arrested.

Saleh's nephew, and leader of the forces loyal to him, Tarek Saleh, died from wounds sustained in the recent clashes in Sanaa, the GPC said on Tuesday. He was "martyred during the confrontation with the militias of treason and backstabbing, the Houthis," read an obituary sent to AFP by the General People's Congress party.

A member of the political council of the Houthis said GPC members had been arrested for "security reasons" and they would be released as soon as it was deemed safe to do so.

"We prevented chaos and aggression in Sanaa, lead by the traitor Saleh, so it is normal to arrest some members of the GPC for investigation," he told MEE.

"Ansar Allah [the Houthis] are not responsible for any chaos in Sanaa."

He stated that the Houthis would hold fair trials for those who had fought against them and incited violence.

"Traitors of the GPC were arrested and Ansar Allah are still chasing others," he said. "Prison is the best place for them."

The Houthis, nervous of any further opposition, blocked GPC media outlets and detained GPC journalists, he said, because "the media war is more important than battles, so we closed the media outlets which help to create chaos".

Meanwhile, Saleh's son Ahmed, based in the UAE, released a statement announcing that he will fight the Houthis, but that there were no further developments in terms of military operations. 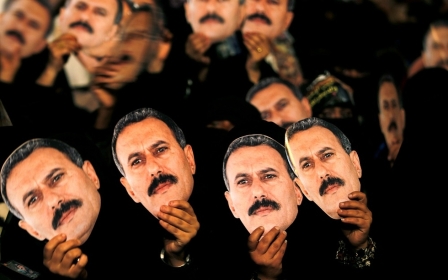 Yemen War
ANALYSIS: Yemen's king of snakes is dead, but more will rise in his place 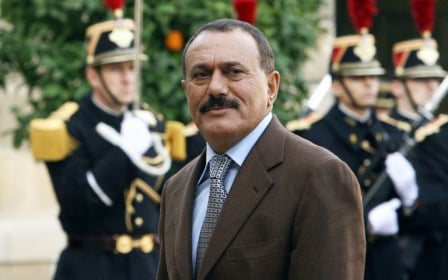 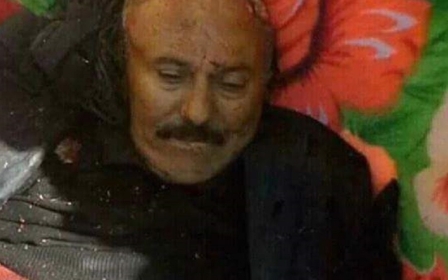