Yemen's Southern Transitional Council (STC) announced on Wednesday its abandonment of self-administration following a new Saudi mechanism to implement a power-sharing agreement between the STC and the internationally recognised government.

According to STC spokesman Nizar Haitham, the decision aims at uniting Yemeni efforts against Iran-aligned Houthi rebels and to expedite the implementation of the Riyadh agreement, signed in November with the Saudi-backed government of Abd Rabbuh Mansour Hadi.

The Yemeni government, based in the southern port of Aden, and the separatist STC, are nominal allies in the Saudi-led coalition, which has been at war against the Houthis since 2014.

Earlier on Wednesday, the Saudi foreign ministry announced a new proposal to implement the stalled Riyadh agreement, which stipulated that the STC forces would be placed under the control of Hadi’s government and that a power-sharing framework would allow it to have 50 percent representation in a new unity government.

“An effort was made to bring together the two parties of the agreement in Riyadh, with an effective participation and support of the United Arab Emirates,” a statement by the Saudi foreign ministry read.

“The two parties have responded and have expressed their acceptance of the proposed mechanism,” it added.

According to the deal, the STC will be part of a new cabinet and tens of thousands of UAE-backed southern forces will be placed under Yemeni government control.

The deal stipulates that within 30 days, the two sides should form a new government of no more than 24 ministers, with 50 percent STC and southern representation.

Hadi would maintain control on key ministries, including interior and defence, while the STC would get two portfolios.

The STC will also be included in political negotiations to end the war against the Houthi movement.

All military forces, the deal stipulates, shall be placed under the defence ministry, while security forces would be under the control of the interior ministry.

Within 15 days, all forces deployed in the south since August should return to their previous positions, and medium and heavy weapons are to be handed over under coalition supervision.

Within 30 days, government and STC military forces should leave Aden and Saudi Arabia’s military is to oversee security in the city.

The Emirati-backed STC fell out with Hadi's government in August, with the separatists seizing control of Aden.

The STC had proclaimed self-governance in April after accusing the government of failing to perform its duties and of "conspiring" against the southern cause, pushing the war-ravaged country deeper into crisis. The breakdown between the one-time allies had complicated a long and separate conflict between a Saudi-led military coalition and the Houthi rebels, who control much of the north, including the capital Sanaa.

Yemen's prime minister should form a government within 30 days, representing north and south Yemen equally and including STC representatives, the Saudi announcement said.

In June, government and southern separatist forces agreed on a ceasefire in the south. The resolution stipulates that this should continue.

The mechanism to accelerate the implementation of the Riyadh agreement represents an important step towards activating state institutions to serve all Yemeni citizens, in addition to supporting UN efforts to reach a comprehensive political solution to the crisis in Yemen.

"The consent of the Yemeni parties to accelerate the implementation of the agreement reflects the serious desire for dialogue," the Saudi vice minister of defence, Khalid bin Salman, tweeted.

The United Nations has been holding virtual talks between the warring parties, pressing them to agree to a permanent ceasefire and to restart peace negotiations, last held in December 2018, in order to find a resolution to a conflict that has created the world's largest humanitarian crisis. 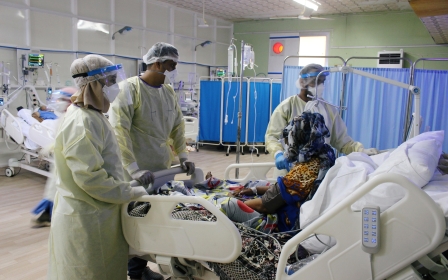 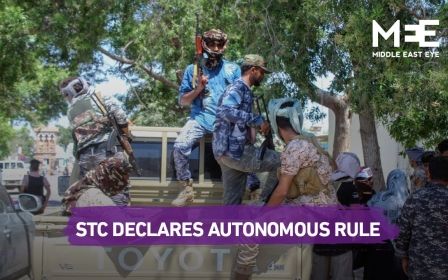