Kristina Kausch
The EU's partnerships with Tunisia, Morocco and Jordan have been half-hearted - but it is sitting on huge opportunities to invest in stability 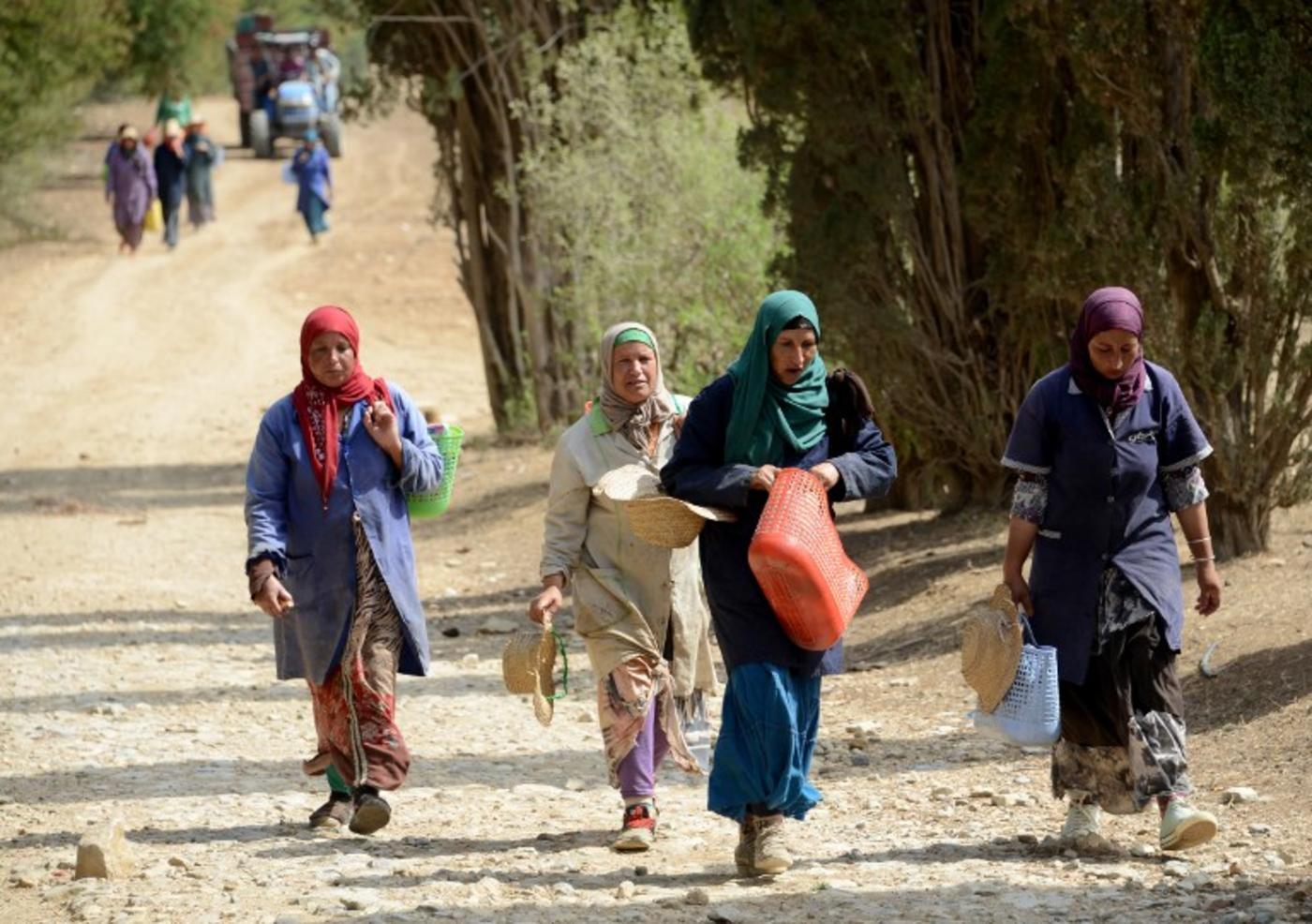 Europe’s attention to its southern flank is absorbed by cascading disaster. In the face of war in Syria, Iraq and Libya, the migration crisis and the proliferation of terrorism, Europe’s all-absorbing goal is stability. In most cases, this means preventing bad things from getting worse.

But alongside its important crisis management, Europe needs to think much more boldly in terms of what it can do differently to pre-empt violent turmoil in the first place. What about those places that have remained relatively stable and therefore garnered less attention? Does the European Union still have a positive goal for its southern flank?

Instead of bold moves, lame re-shuffles of the same parameters have failed to produce the desired quantum leap in Europe’s Mediterranean influence

The EU Global Strategy launched by High Representative Federica Mogherini in July 2016 aims to build “resilience”, defined as “the ability of states and societies to reform, thus withstanding and recovering from internal and external crises”.

Yet little of this is visible in current European policies, which are largely driven by containing security spillover from Middle Eastern conflicts.

Europe’s efforts to support lasting stability in the Middle East and North Africa have often been thwarted by a trade-off that involves tolerating domestic paralysis for the sake of regional cooperation. This trade-off, however, is a fallacy.

Resilient political systems – those able to withstand crises by their openness to reform – are more likely to produce predictable partners. They are less at risk of triggering coups or popular uprisings. The regional policies of such governments are not driven by the erratic quest for regime survival that lies at the heart of many conflicts flaring in the Middle East today.

Linking up domestic resilience with regional commitment, Europe must invest much more boldly in countries like Tunisia, Morocco and Jordan. Over time, they could become "resilient anchors" for Europe’s relations with the Arab world and Africa.

These anchors are not to replace but to complement traditional alliances. Determining priority alliances on the basis of regional influence, but largely disconnected from the ally’s domestic resilience, has amply proven to be an unwise investment.

The 2011 uprisings have provided abundant evidence that regimes that feed off domestic stasis are unfit to constitute the main pillars of Europe’s Middle Eastern engagement. Propping up such regimes for the sake of their regional influence may seem like a shortcut to solving policy impasses today, but it is prone to create bigger problems tomorrow.

Propping up regimes may seem like a shortcut to solving policy impasses today, but it is prone to create bigger problems tomorrow

While picking the wormy fruit, therefore, Europe needs to sow more resistant seeds of partnership. It can start doing so by helping to build the regional players of tomorrow that are willing and able to work with Europe towards a sustainable future.

Such an investment would hold numerous strategic benefits for Europe. In a region of turmoil, islands of sustainable stability will be highly valued in and of themselves. The diminishing negative spillover into the neighbourhood and into Europe will be welcome.

The positive reverberations the inspiration of a genuine Arab democracy such as Tunisia would have across the Middle East are significant both on the symbolic level (safeguarding one success from the 2011 Arab uprisings and belying Arab exceptionalism) and on the practical level (neighbours watching Tunisia picking the fruit of democratic development).

Furthermore, lasting domestic stability would likely pave the way for an enhanced and more constructive regional engagement of these countries. With the right positioning, smaller states with limited geopolitical capital can play an important regional role. In this sense, resilient societies could become valuable assets as regional partners to Europe. Finally, states that are domestically resilient are more likely to constructively explore opportunities in their own neighbourhood through cooperative regional orders.

Arguably, the pool of choices for such investment is scarce. The future orientation of Turkey, until recently Europe’s key Middle Eastern anchor hope, is wide open. At the same time, the fading notion of Turkey as a bridge between Europe and the Middle East enhances the importance of developing other constructive partnerships in the region.

Israel’s antagonistic relations with most of the Arab world cancels out any meaningful regional shaper role. By contrast, Tunisia, Morocco and Jordan, while not first-tier regional players, have been held up by EU policy circles as the most promising southern partners in terms of their ability to reform.

Jordan and Morocco, and more recently Tunisia, have been viewed in the EU as the hopeful three of EU-Mediterranean relations. While in better shape than most of their neighbours, none of them currently appears as particularly resilient, and none has decisive regional influence.

Yet, a closer look reveals the relationships’ promising potential. The three countries’ relative lack of regional influence is likely to be an asset rather than a weakness as the lower risk of outside interference makes them more predictable partners for Europe to rely upon. Europeans, however, fail to view Tunisia  especially through a lens of European interests and grossly underestimate the practical value of a democratic Arab partner in North Africa.

The southern neighbourhood has been the Achilles heel of EU foreign policy. Over the past two decades, analysts have proposed countless combinations of aid allocations, market access, mobility and political cooperation schemes.

Instead of bold moves that could make a difference in southern partner countries, however, numerous lame reshuffles of the same parameters have failed to produce the desired quantum leap in Europe’s Mediterranean influence. Europe’s unwillingness to utilise any of these instruments to their fullest potential has kept their impact tame.

Looking across the Mediterranean today, the limits of fragile anchors are as obvious as are the potential benefits of resilience. Europe has been visibly struggling to adapt to the post-2011 panorama. The special status bestowed on promising partners has been half-hearted and falls short of the bold political and economic investment in these countries that a resilient anchor would require. This is the EU’s own doing: by holding back incentives, the EU sits on a dormant leverage potential.

If the EU is serious about wanting to build the kind of resilience that envisages a healthy sustainability of government, state institutions and society alike as the basis for a stable neighbourhood, it needs to make sure its actions contribute to resilience at all of these three levels, equally and simultaneously.

Tunisia is where the EU could easily do more, including by complying with financial commitments made in the aftermath of the Tunisian revolution; by explicitly raising Tunis’s political profile, and by dropping agricultural protectionism as full market access could become a game-changer for Tunisia at a comparatively small price for Europe.

Morocco’s downward trend might be reversed by a timely and decided EU investment coupled to systemic reform. Jordan, by contrast, is not the EU’s domain, and less so while the refugee challenge is at its peak.

By sequencing investment in Tunisia and Morocco, while multiplying efforts to help Jordan to shoulder the refugee challenge, Europe may still help to lay the groundwork for healthier partnerships in the region.

A longer version of this article was published by Carnegie Europe under the title ‘Resilient Anchors in the Southern Mediterranean’.

- Kristina Kausch is a Senior Resident Fellow at the German Marshall Fund in Brussels. Join her on Twitter: @kristinakausch

Photo: Tunisian women leave after harvesting grapes at a vineyard in the wine-producing region of Grombalia, some 40 kilometres south of the capital Tunis, in September 2016 (AFP) 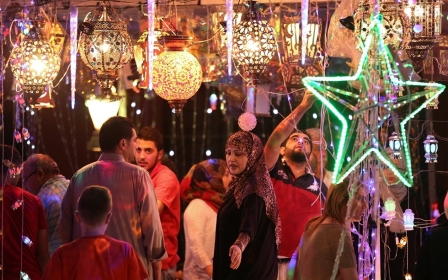