Afghanistan: Anxious times in Iran and Russia over what the Taliban does next

Fardin Eftekhari
Following Kabul's fall to the Taliban, Tehran and Moscow are desperate to avoid being dragged into a military conflict against the group. Yet a chaotic Afghanistan would be disastrous for both 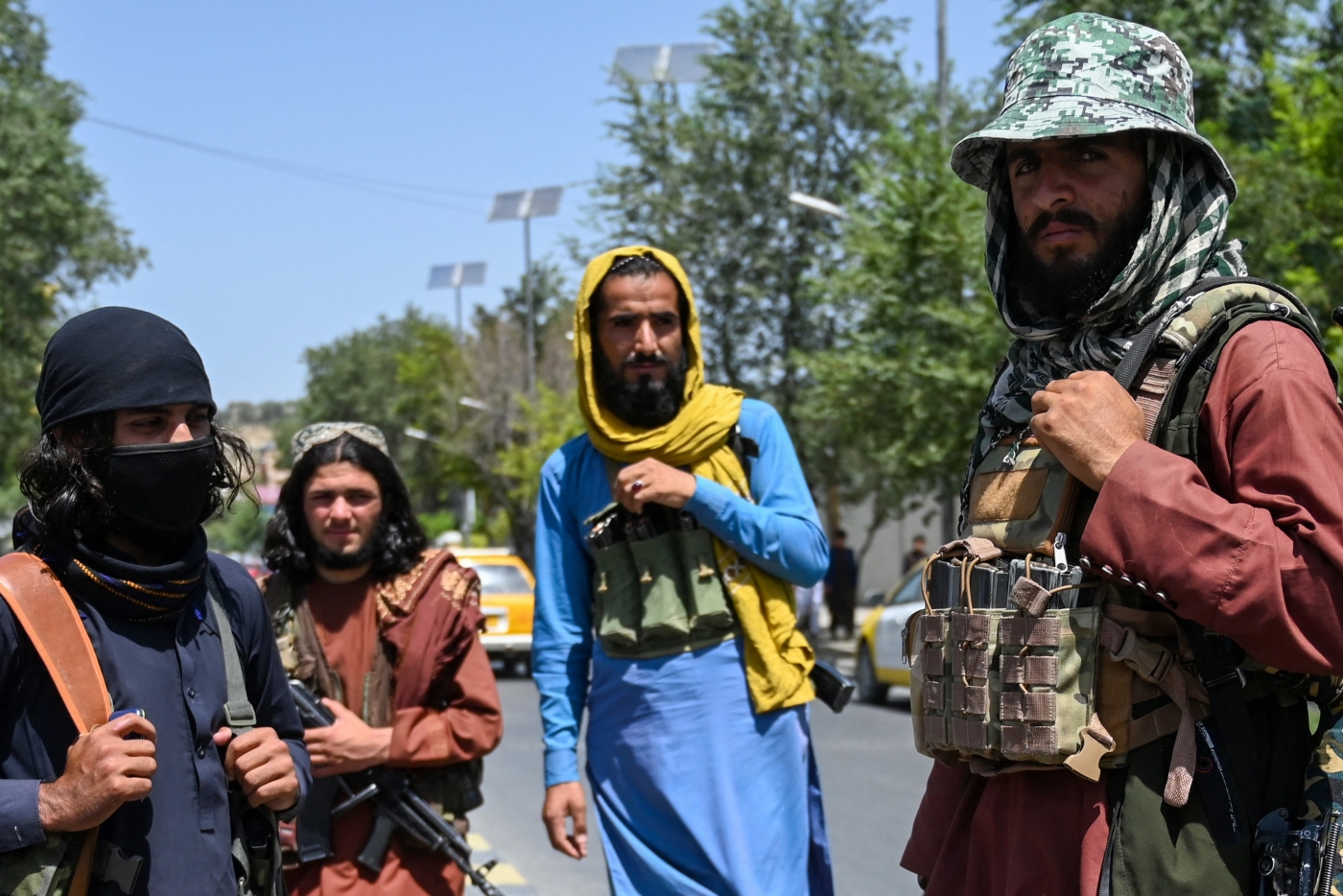 Taliban fighters stand guard along a street in Kabul on 16 August, 2021, after a swift end to Afghanistan's 20-year war (AFP)

After the withdrawal of foreign troops from Afghanistan - as part of the peace deal between the United States and the Taliban - Afghan provinces fell one by one into the hands of the group's fighters, with the Taliban seizing the capital city, Kabul, this weekend.

Afghanistan now finds itself in a situation similar to the latter stages of the 20th century when, following the withdrawal of Soviet troops in 1989, and the civil war that followed, the Taliban conquered Kabul in 1996. After founding the Islamic Emirate of Afghanistan, the Taliban ruled the country until the US invasion of 2001.

Of the regional powers, it is Russia and Iran who seem the most anxious about the ongoing situation in Afghanistan. As a precautionary measure, Tehran and Moscow initiated diplomatic contact with the Taliban a few months ago, in an attempt to get it to halt its military campaign against government forces and not drag the country into a civil war.

Iran and Russia focused their efforts on bringing the Taliban and Afghan government to the negotiating table in order to form a new coalition government. However, the Taliban’s determination to conquer the country by force has rendered these attempts futile.

The Taliban's military conquest of Kabul and the revival of the Islamic emirate were the red lines for Russia and Iran. However, neither has yet shown any sign of involvement in a counterinsurgency programme through providing support and resources to anti-Taliban forces. Due to internal and regional constraints, the Russian and Iranian wait-and-see strategy will probably not last long. 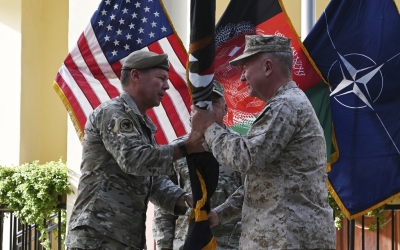 Destabilising cross-border activities by the Taliban and intensified clashes with the popular resistance forces would see Iran and other central Asian countries face big waves of Afghan refugees. With its current economic hardships, serious Covid-19 vaccination issues, and summer shortages of water and electricity, Iran would struggle with such an influx of refugees.

At a military level, Tehran knows that attempting a conventional war against the Taliban could be a grave mistake and lead to the destabilisation of Iran’s nearly 2,000km of borders with Afghanistan and Pakistan. It could also summon regional anti-Shia radical elements.

Conservative figures and media outlets in Iran initially presented a new and moderate picture of the Taliban in order to justify cooperation with the movement, but the approach did not get much traction. Notably, senior Iranian religious figures, known as marjas, began criticising the Iranian government for appeasing the Taliban. And videos of Taliban crimes against innocent people and Afghan security forces are circulating on Iranian social media accounts, leading to further criticism of Iranian officials.

Furthermore, more than three million Afghans live in Iran. The majority of them, based on my telephone interview with an informed Afghan PhD student at the University of Tehran, are hostile towards the Taliban and do not want the resurrection of its Islamic emirate.

The Taliban is a radical, well-armed Sunni group that has reached Afghanistan's porous borders with Iran and the central Asian Muslim republics of Tajikistan and Uzbekistan, seizing key border crossings.

A chaotic Afghanistan without a dominant legitimate authority would also be severely disruptive for Russian-led security arrangements in central Asia. Russia is the principal guarantor of the region's national and regional stability and performs this function through unilateral actions or multilateral platforms, such as the Shanghai Cooperation Organisation (SCO) and the Collective Security Treaty Organisation (CSTO).

In addition to the fragile security situation, Tajikistan and Uzbekistan are also fertile grounds for Islamic radicalism. With a resurgent Taliban in Afghanistan, there is a real fear that such radicalisation could gain new momentum after years of inertia.

There are also many people from central Asian countries working in Russia, feeding their families back home via remittances. Insecurities in their homelands might prompt them to return in order to protect their families.

Despite Russian political interaction with the Taliban, and Taliban leaders’ assurances that it would not violate the borders of central Asian states, Russia has announced that if Tajikistan were to be attacked from Afghanistan, Moscow would support its ally in the CSTO framework.

On 8 July, the chief of the CSTO Joint Staff, Anatoly Sidorov, said: “[CSTO] stands ready to engage its entire military capability to provide assistance to Tajikistan if the situation on the border with Afghanistan worsens dramatically.”

The good news for Russia and Iran is that the Taliban does not have a transnational ideology and an agenda of conquering extraterritorial lands. The Taliban defines its missions solely within Afghanistan and seeks significant changes in the daily life of Afghan society.

The Taliban has initiated a political campaign to gain international recognition and legitimacy. The movement is trying to be seen as a political party that has undergone progressive changes and says it is now interested in sharing power with different Afghan ethnic groups and political factions. It has also announced it is not seeking to take Afghanistan by military force and that its goal is to “find a political solution to the Afghan issue”.

On the one hand, the Taliban says it is ready to engage in comprehensive negotiations to determine a future government in Kabul; on the other, it maintains that an Islamic government is its goal

Moscow and Tehran embraced the Taliban’s announcement of its purging of the Islamic State (IS) group from Afghanistan and suppressing its resurgence in the country, but they doubt its statecraft capabilities. On the one hand, the Taliban says it is ready to engage in comprehensive negotiations to determine a future government in Kabul; on the other, it maintains that an Islamic government is its goal.

It is this essential paradox that is causing major concerns in Russia and Iran.

It is not yet clear under what circumstances Russia and Iran would delist the Taliban as a terrorist organisation - and what their ultimate red line might be, prompting them to act directly against the movement’s belligerence. Zamir Kabulov, the Russian president’s special envoy for Afghanistan, announced that Moscow "is ready to work with the transitional government, but so far there is no talk of recognising the Taliban as the country's legitimate authorities."

As the Taliban marches through the streets of Kabul, its ambitions for an Islamic emirate will inevitably overshadow its drive for diplomatic solutions. From the Russian-Iranian point of view, this is similar to what happened in Syria, where the Russia-Iran axis prevented the falling of the incumbent government in Damascus to insurgent and “terrorist” armed groups.

But if the Taliban creates chaos and brings Afghanistan to the verge of civil war in an attempt to leverage its power in future peace talks, leaders in Moscow and Tehran will probably push back against it and support the resistance forces.

Fardin Eftekhari
Fardin Eftekhari is a PhD candidate in the Department of Regional Studies at the University of Tehran. His research interests focus on Iranian national security and foreign policymaking. He [email protected] 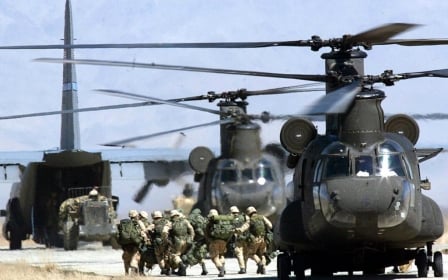 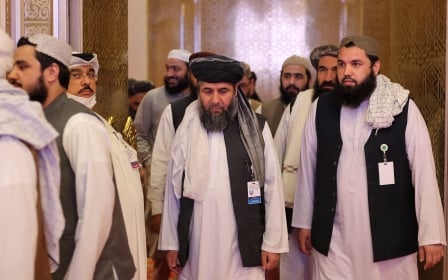 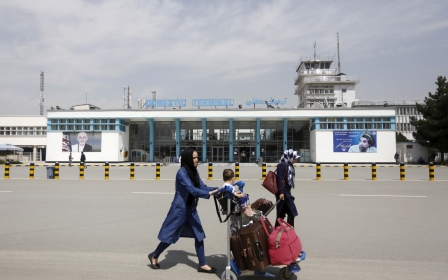