Afghanistan: Will China fill the US void?

Mohammed Makram Balawi
The Afghanistan withdrawal has made it clear that the major power in the region is no longer the US, but China In 2007, China signed a $3bn deal with Kabul’s US-backed government to develop the Mes Aynak copper mine over a period of 30 years. The Mes Aynak deposit reportedly holds 240 million tonnes of 2.3-percent-grade copper ore, “making it one of the largest untapped high-grade projects in the world”, according to an industry publication.

This would have given a strong push to Afghanistan’s ailing economy and helped to stabilise the country, had there been a good government. Afghanistan has deposits of lithium and other metals and minerals that experts estimate are worth about $1tn. Copper and lithium are both very important for the Chinese economy and hi-tech industry. But China was unable to benefit from its deal with Kabul for security reasons.

Washington's dented credibility could make many other countries, including Gulf states, reevaluate their relations with the US

Now, after the US departure from Afghanistan, China should feel more comfortable and hopeful, taking into consideration its history of positive relations with the Taliban. China has always feared the Afghanistan conflict could spill over into the troubled Muslim-majority province of Xinjiang and sidetrack Chinese development plans, thus benefitting the US and India.

Beijing has thus worked with neighbouring Pakistan to prevent armed separatists from crossing the Wakhan Corridor, a narrow strip of Afghan territory that extends to China, while also fostering good relations with the Taliban.

These relations are nothing new; China backed the Afghan mujahideen in the 1980s against the Soviet invasion. While Beijing did not establish relations with the Afghan government after the 1996 Taliban takeover, however, many things have changed since then.

In China, President Xi Jinping came to power, and the country’s foreign policy became more assertive and proactive. In 2013, Xi introduced his game-changing Belt and Road Initiative (BRI), one of the biggest infrastructure plans in history, estimated to be worth between $1tn and $8tn. More than 140 countries and international organisations have joined the Chinese initiative.

The BRI’s flagship project is the China-Pakistan Economic Corridor, a $60bn initiative connecting China with the Arabian Sea through the Pakistani port of Gwadar.

No doubt, China’s objectives in Afghanistan have evolved over time. Its foreign policy is no longer security-driven, as the economy and geopolitics play a major role, especially when it comes to India and the US.

Earlier this year, China signed an economic deal with Iran worth $400bn. Afghanistan, being the shortest route between the two countries, presents a natural passage. Both Iran and China would benefit from stability in Afghanistan, in terms of the economy, countering narcotics and fighting terrorism. While both are treading cautiously in Afghanistan, the vacuum left by the US withdrawal would make their task much safer and easier, keeping in mind that Pakistan and Russia are also on the same page.

Strategy to be tested

The Taliban, for their part, seem confident that China will play a pivotal role in rebuilding Afghanistan and stabilising the economy. In July, top Taliban leaders met China’s foreign minister in the northern Chinese city of Tianjin. Chinese recognition of the new Afghan government seems imminent. A stable Afghanistan is a huge win for China. That's why the US won't allow it
Read More »

Meanwhile, the new US strategy of using international recognition and humanitarian aid to control the Taliban will be tested in the coming months. The US will surely rely on its allies, such as Qatar, Turkey and Pakistan, to advance its goals in Afghanistan. But its relations with the latter two are so complicated that they often butt heads on many issues, so this strategy may not be reliable.

While the US depends greatly on its partnership with India as part of the Quadrilateral Security Dialogue, which also includes Japan and Australia, to curb Chinese ambitions in the region, the US withdrawal from Afghanistan has harmed the image of the US as a reliable partner. It could put this partnership - and US relations with India - to a serious test.

Washington’s dented credibility could make many other countries, including Gulf states, reevaluate their relations with the US. The Afghanistan withdrawal has made it clear that the major power in the region is no longer the US, but China. 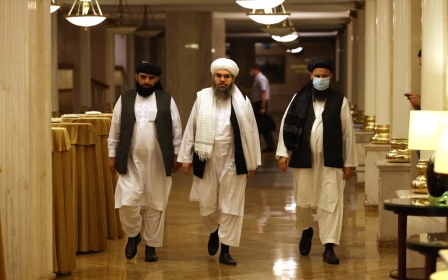 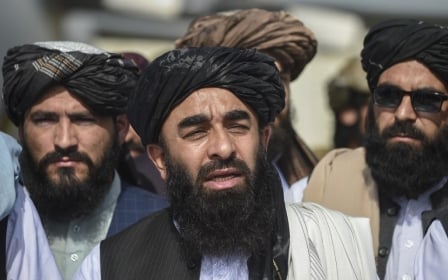 Afghanistan
Nation-building in Afghanistan: What the Taliban must do next
Mahjoob Zweiri 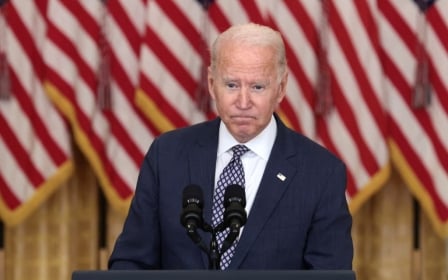