Whitewashing US crimes in Afghanistan: Why the ICC must go

Head judge Robert Fremr (Back Row, C) of the International Criminal Court sits during the final statements of the trial against former Congolese militia leader Bosco Ntaganda, in The Hague on 8 July 2019 (AFP)

In a stunning statement released on 27 September, the prosecutor for the International Criminal Court (ICC) Karim Khan announced he intended to resume the investigation into war crimes in Afghanistan, in light of the recent developments in the country, namely the end of US occupation and the Taliban’s rise to power.

However, the statement made clear the investigation will essentially exclude war crimes committed by US forces and their allies. Khan said he decided "to focus my office’s investigations in Afghanistan on crimes allegedly committed by the Taliban and the Islamic State – Khorasan Province and to deprioritise other aspects of this investigation."

The ICC had already spent 15 years looking into alleged war crimes in Afghanistan before opening a full investigation.

In 2017, Fatou Bensouda, the previous chief prosecutor, had announced plans to start investigating historic allegations of crimes against humanity and war crimes. This followed a 2016 ICC report that affirmed a "reasonable basis" to believe that the US had carried out war crimes in Afghanistan.

The ICC then issued a call to submit representations on behalf of victims, giving NGOs just two months to collect and file evidence.

Since 2003, my organisation, CAGE, has worked to document state abuses in the post-2001 world, and seek justice for survivors and victims of the US-led war on terror. As a result, we submitted first-hand accounts and medical evidence of harrowing prisoners abuses committed by US forces, including homicide, rape and brutal torture. The investigation was utterly rejected by the US, which gave no credit whatsoever to the ICC.

“We will let the ICC die on its own. After all, for all intents and purposes, the ICC is already dead to us," said John Bolton, then US national security adviser in the Trump administration. "We will ban its judges and prosecutors from entering the United States. We will sanction their funds in the US financial system, and we will prosecute them in the US criminal system. We will do the same for any company or state that assists an ICC investigation of Americans."

Former US President Donald Trump actually followed through with the threats in September 2020, and imposed sanctions on ICC officials. In any case, the ICC’s inquiry was put on hold in 2020 after the now-deposed government in Kabul said it would investigate war crimes allegations itself.

This was in itself an astonishing concession since the US-backed government had been described as a "self-organised kleptocracy" which routinely tortured prisoners, and allegedly indulged in a range of sexual abuses. From then on, it was clear there would be no accountability for crimes committed by American forces and its allies in Afghanistan.

The ICC has actually no track record in holding powerful states to account. In 2020, the ICC already gave a pass to the United Kingdom over crimes committed in Iraq. "It is without dispute there is evidence war crimes were committed," the ICC explained at the time.

The ICC had released a 180-page report documenting the abuse of hundreds of Iraqi detainees at the hands of British soldiers between 2003 and 2009. This included prisoners being battered to death, subjected to sexual violence and rape.

The report also concluded "that early steps taken by the UK authorities to investigate allegations appear to have been marred by a lack of independence and impartiality inconsistent with an intent to bring the persons concerned to justice."

Yet, the ICC decided it would take no action against the UK since it could not make a determination as to whether the UK had acted to shield soldiers from prosecution.

It is often pointed out that the ICC is seen by many nations around the world as a "European neo-colonial enterprise" that suffers from a great lack of trust among non-western nations. The ICC has indeed proven to be much more relentless in pursuing alleged perpetrators from Africa.

As a matter of fact, the International Criminal Court has 30 open cases, seven defendants in its custody and four convictions thus far. All originate from the African continent. Yet, the ICC cannot hold accountable powerful western nations for an estimated 900,000 killed in the Muslim world as a result of post-2001 wars.

The new prosecutor has not only decided to ignore war crimes committed by the US but is also seeking to focus on the new government in Kabul, i.e the Taliban. Many will look at this move as politically motivated and an attempt to increase pressure on the Islamic Emirate of Afghanistan. 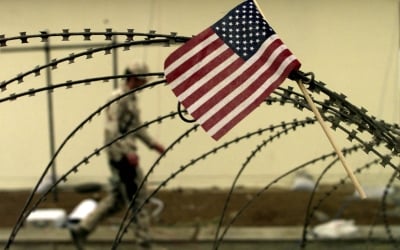 Afghanistan: US 'war on terror' really began in 1945
Read More »

This comes in a wider context in which international institutions seem to act in that way too.

In the immediate aftermath of the American withdrawal, the World Bank and the International Monetary Fund halted aid to Afghanistan. The United States also froze most of the country’s assets which happened to be held at the US Federal Reserve Bank of New York.

The military war in Afghanistan is now over, and ended with the historic defeat of the US.

It seems that a segment of the international community is, however, determined to wage economic and diplomatic warfare on Afghanistan, placing at risk ordinary Afghans in a country already on the brink of starvation.

It will be hard for anyone to argue with him.

Arnaud Mafille is the director of education and training for CAGE, a UK-based organisation that advocates for due process, the rule of law and conflict resolution in the War on Terror. He has interviewed and assisted over 300 survivors of state-abuse. His experience includes submitting complaints alongside U.S military defense attorney for an Afghan Guantanamo detainee, and filing representations for victims of alleged crimes against humanity and war crimes committed in Afghanistan to the International Criminal Court. 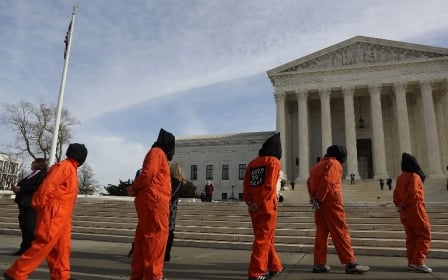 Crime
‘The ICC is dead to us’: America declares war on international justice
Moazzam Begg 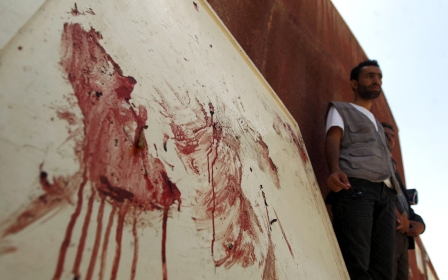 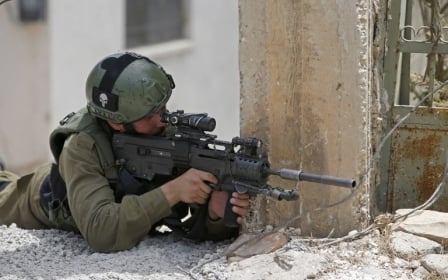 Inside Israel
The PA, the ICC and Israel
Richard Silverstein