After nuclear deal, US and Iran face common enemy: IS 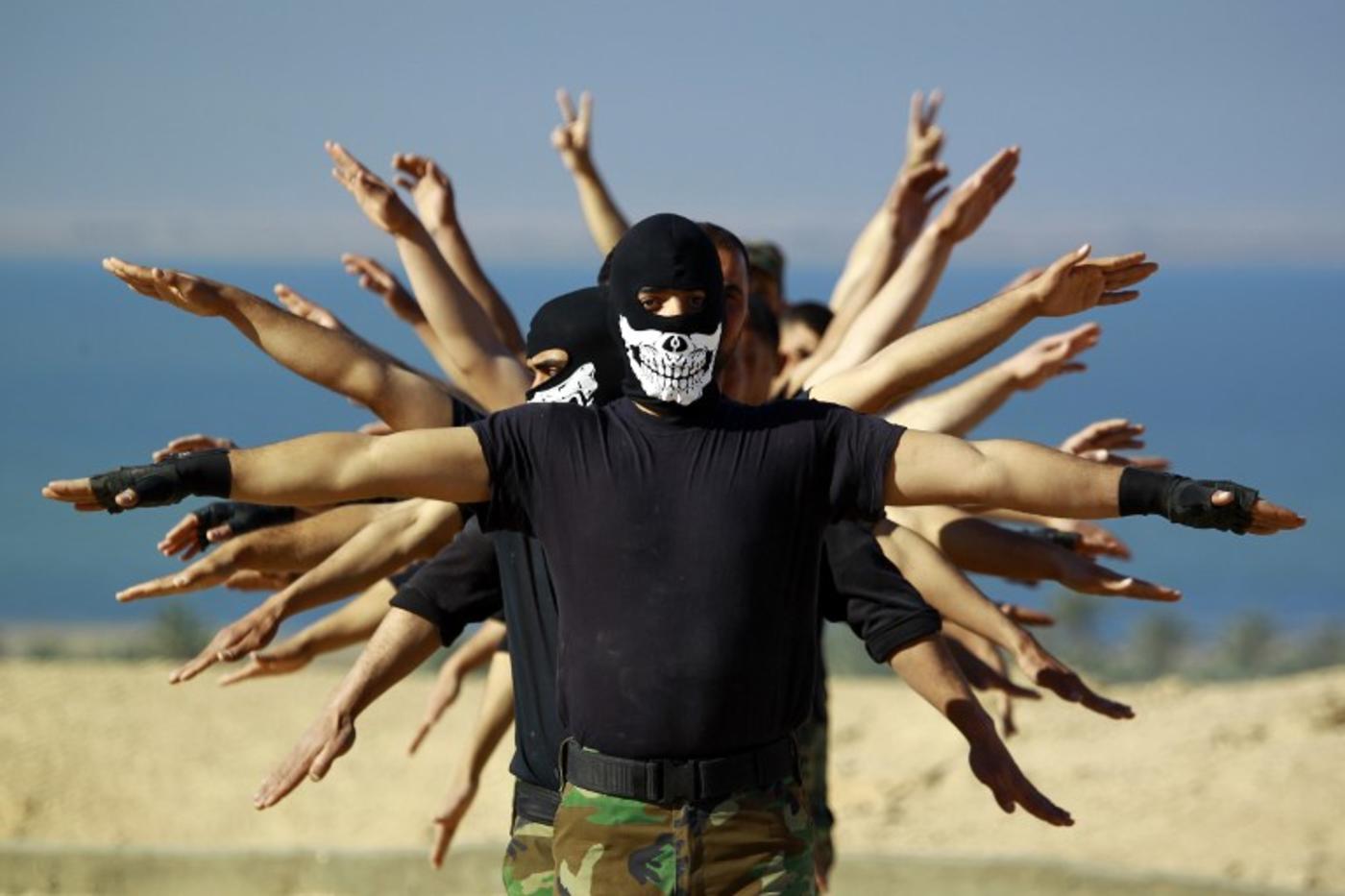 It’s a useful coincidence that the historic Iran nuclear deal came on the very day that the Iraqi army started an offensive to recapture Fallujah from the Islamic State (IS), using Iranian-backed Shia militias. Nothing could better illustrate the potential convergence of interests between the United States and Iran since the US is also supporting the Iraqi military push.

There can of course be no long-term strategic meeting of minds between Washington and Tehran over regional policy. The Islamic republic has long declared its belief that the US should withdraw its bases and military assets from the Persian Gulf and abandon its imperial positions there - a position which puts Iran at odds with the region’s Arab monarchies who see the US presence both as a bulwark against Iranian power as well as their protector against internal dissent.

By the same token, the US will go on seeing Iran as a destabilising power precisely because it will not acknowledge US regional hegemony and insists on arming and supporting Israel’s most threatening and effective local antagonists, Hezbollah.

But in the short-term the US and Iran can move from the silent parallelism of several of their policies and start actual dialogue and practical coordination now that a nuclear deal has been reached. The first issue is the struggle with IS. The Islamic State is a greater threat to Iran than it is to the United States, and it makes sense for Washington and Tehran to work together against it.

Both states also have an interest in strengthening the government in Baghdad and trying to rebuild the authority of the Iraqi state. Although they may both compete for influence over that government, their rivalry is worthless if there is no functioning administration in Baghdad to compete over. One of the many political defeats which the United States suffered as a result of its illegal invasion in 2003 and the overthrow of Saddam Hussein was the (predicted) emergence of a Shia-led government in Baghdad which was bound to have close relations with Iran.

Iran and the United States share an awareness that Haider al-Abadi’s Baghdad government can only gain authority if it wins the allegiance of Iraq’s Sunni political leadership. It is not an easy task. In Tehran analysts debate how far Iran should go in aiding Baghdad militarily. Analysts know that suspicions of Iran are very high among Sunni Iraqis and that Iranophobia is a main tool in the armoury of Sunni local leaders as well as IS. Iran therefore has to be careful in not taking too large a role in Iraq.

Nouri al-Maliki, the previous Iraqi prime minister, alienated Sunni politicians after they played a key role in mobilising local militias to defeat al-Qaeda between 2005 and 2007. He broke his promise to integrate them into the Iraqi army. Maliki was closer to Tehran than Abadi and it was inevitable that some Sunnis would blame Tehran for Maliki’s mistakes.

Another legitimate Sunni grievance is over the Shia militias, the Hashd al-Shaabi, which were activated by Iraq’s Grand Ayatollah Ali Sistani after IS captured Mosul and Tikrit last year. They committed serious atrocities against Sunni civilians after IS was driven back from Tikrit and other Iraqi cities earlier this year. Here again, it is easy to claim that Iran must share the blame since Iran has military advisers from its revolutionary guard corps in Iraq.

It is vital that Iranian leaders publicly condemn such atrocities and use whatever influence they have to restrain revenge-seekers in the Iraqi militias. The Iraqi army is relying heavily on support from the Hashd al-Shaabi in the current battle for Fallujah, so the danger that more atrocities will happen is severe.

The US also has a huge responsibility. It has 3,000 troops in Iraq advising and training the Iraqi army. The army’s miserable performance in losing Ramadi in May this year, after months of US training, says much about US failure. It also suggests that US airstrikes have only limited value in the fight against IS. They tend to undermine the battle-readiness of Iraqi troops by letting them think US airpower will always come in and save them.

There is a joint Iranian-US problem here. IS recruiters win support by telling potential new fighters that they are fighting to protect the caliphate from Western and Shia intervention forces. The only solution is for the Baghdad government to take serious steps to bring Sunnis into the administration as well as the high command of the army.

They also need to learn the lessons of 2005-2007 and start arming Sunni militias to fight IS. Ultimately, neither Iran nor the US can save the government in Baghdad. It has to save itself. But in the interim, rather than accusing each other of destabilising Iraq, the US and Iran need to coordinate their policies to help strengthen Abadi.

In Syria, too, there is a convergence of Iranian and US interests, although it is less complete than in Iraq. Washington and Tehran oppose IS but differ on Bashar al-Assad’s future. By insisting on Assad’s departure the US puts itself into tacit alliance with IS.

It does the same by failing to restrain funding of IS by sources in Qatar and Saudi Arabia, and by not pressing Turkey to be firmer in closing the border with Syria to prevent IS militants from coming in and out. Iran’s position on Assad is more flexible. It is pressing for a compromise political solution on the lines of the Geneva document of June 2012 but with the one change that Assad and his representatives should not be excluded from a government of national unity.

It is time for Washington to end its contradictory goals in Syria and recognise that defeating Assad and defeating IS are not mutually compatible or simultaneously achievable. The choice is between lesser evils. It would be a calamity for Syrians and for the region if IS were to take power in Damascus. Just as in Iraq only Iraqis can defeat IS, the only ground forces which can defeat IS in Syria are Syrian. There needs to be coordination between the Syrian government army and air force, the Syrian Kurds (YPG) who have shown great resilience against IS in northeastern Syria in recent months, and the Western-backed armed groups. There are not many of the last group left, since so many have joined either IS or the Al-Qaida-linked Jabhat al-Nusra. The much-trumpeted Western programme which aimed to train 5,400 so-called moderate fighters against IS has only 60 rebels on its books, Ash Carter, the US defence secretary, disclosed last week.

Nevertheless, now that Iran and the US have resolved their nuclear argument, the makings of a grand bargain over Syria need to be developed. The US needs to work with Iran to get behind the UN effort to revive the Geneva process. Iran can work with Russia to use the leverage they have as Assad’s major arms suppliers. They should urge him to be flexible on reaching a compromise with opposition politicians while the US urges opposition fighters to work with rather than against Assad. In this way the US and Iran could forge a common Syrian front against IS. If this means that Assad remains in power with some of his earlier legitimacy restored, so be it. Assad’s intransigence in the early days of the Syrian protests when they were still largely peaceful played a large part in the country’s slide downhill. But by encouraging Turkey and its Gulf Arab allies to send in arms and foster civil war in Syria, Western policy allowed IS to grow. The time has come for Washington to take a deep breath and recognise those mistakes.

Syria may now be so fragmented a country, with warlords in every village, that an overall ceasefire will never be reached. But a ceasefire between the government army and those of the armed rebels who rely on Western, Turkish and Gulf Arab help may have a chance of holding - on one condition: Iran and the US must work together and put it to their respective Syrian friends.

- Jonathan Steele is the author of Defeat: Why They Lost Iraq (I.B.Tauris)

Photo: Fighters from the Iraqi Imam Ali Brigade, take part in a training exercise in Iraq's central city of Najaf on 7 March, 2015 (AFP)