Airbnb and Israel: U-turn on settlements listings would be worse than staying silent 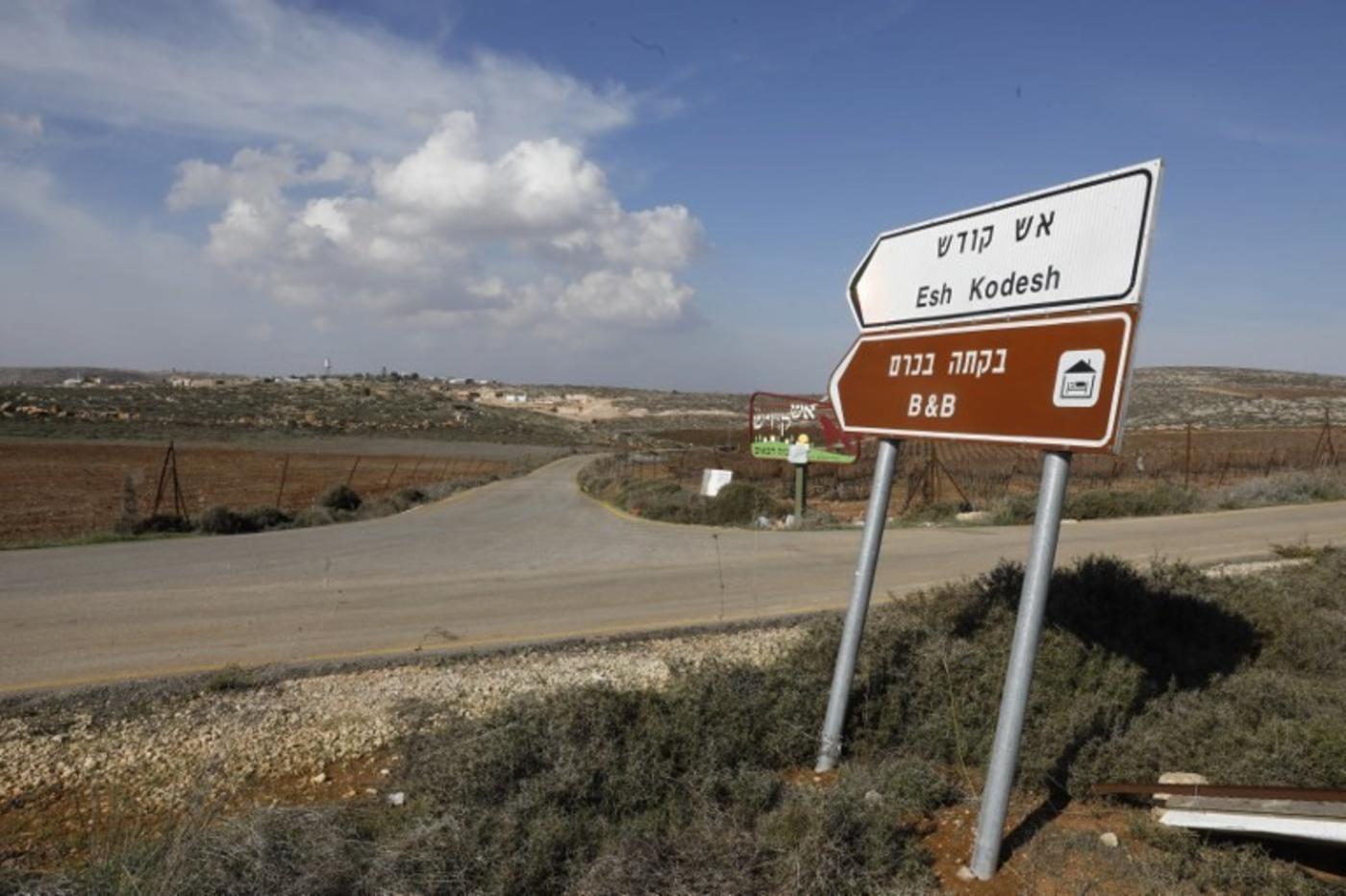 By depressingly low standards, Airbnb's initial decision to cease operations in illegal West Bank settlements seemed admirable. Non-complicity in war crimes should not be a high bar in terms of corporate social responsibility, but it is one that dozens of international companies quietly profiteering in the settlements fail to clear.

So some credit was due to Airbnb for at least acknowledging reality.

Far more credit, of course, was due to the activists and human rights groups who spent years explaining to the global listings behemoth just how wrong and how damaging its practices in the Occupied Territories were, and how sharply contradictory to the company's professed liberal values.

Groups such as Human Rights Watch (HRW) and the US Campaign for Palestinian Rights (USCPR) were able to cut through the smokescreen of "disputed territory" and "contested status" to show that settlements on occupied Palestinian land are simply a criminal enterprise under article 49 of the Fourth Geneva Convention.

No serious authority from the International Court of Justice to the UN Security Council disputes this.

Airbnb's decision coincided with HRW's landmark report Bed and Breakfast on Stolen Land, which detailed the dark provenance of the listings made available to tourists, offering fabulous views and modern amenities. Many are based in settlements on privately owned Palestinian land that was stolen by armed bandits, whether settlers or soldiers.

The true owners, barred from the now sealed-off land, must watch their property being leased to strangers. HRW's report notes that the profits from Airbnb listings provide a valuable revenue stream that helps to keep the criminal enterprise sustainable.

It seems reasonable to assume, as Michael Koplow of the Israel Policy Forum does, that Airbnb didn't really know what it was getting into with its foray into one of the world's most heated and bitter disputes.

The subsequent, ferocious backlash from US and Israeli government officials and pressure groups, including threats of litigation and full-page accusations of anti-semitism, was naturally hard to ignore. The news that Airbnb directors had entered damage-control talks with the Israeli Ministry of Tourism, which had made the issue a top priority, came as no surprise.

While the BDS movement has made striking gains, such as the arrival of supporters in Congress, it has never faced greater threats

But now the company finds itself backed into a corner, releasing contradictory statements from both sides of its mouth that earn it only contempt from both sides of the divide. Each mealy-mouthed attempt at defusing the situation only ramps up the pressure and the profile of the case. For now, settlement listings are still available on the Airbnb website.

This has become a totemic issue. Initially a landmark victory for BDS, this episode could yet result in a setback that accelerates a wider rollback of the movement that has legal guns trained on it across the US and Europe. Support for boycotting Israel is being rapidly criminalised, from Senator Ben Cardin's Israel Anti-Boycott Act to state laws that compel speech therapists to sign loyalty oaths.

TAKE ACTION: Call @NancyPelosi and urge her not to include the Israel Anti-Boycott in the congressional budget. #RightToBoycott https://t.co/QpyX87pykX pic.twitter.com/QJekpOsvCg

While the BDS movement has made striking gains, such as the arrival of BDS supporters in Congress like Ilhan Omar and Rashida Tlaib, it has never faced greater threats.

The case of Airbnb could be a watershed moment that either affirms and advances the boycott movement or sends it back to the margins, while also posing an interesting strategic question to BDS activists as to whether it might be worth focusing their campaign on settlements if that element is the one gaining traction.

Now that Airbnb has perhaps unwittingly stumbled into the centre of a circular firing squad, the company has been landed with an unenviable responsibility.

Every other cynical corporation operating in the West Bank can mumble an excuse about "not getting involved with politics," keep their head down and keep making money. But Airbnb put its head above the parapet, recognised the facts and the injustice laid out for them by campaigners, and said - though not in so many words - it didn't want to be part of a criminal enterprise.

To walk that back now, with full awareness of the facts on the ground, after a series of cosy backroom meetings with Israeli government officials, fully committed to wholesale war crimes, and the leaders of the criminal settlement enterprise itself, would be so much more shameful than the actions of other companies operating in the West Bank that never pretended to exercise their conscience.

There is no easy way out. Should Airbnb "suspend implementation" of the delisting policy, they can expect yet another backlash from human rights groups and Palestine solidarity activists that will highlight the company's moral bankruptcy and likely play well with the young, liberal metropolitans that make up much of the company's core market.

Airbnb must weigh that against the fury and clout of the settlement apologists who will do their best to make an example of it. With an IPO expected next year, commercial imperatives will weigh heavily on their judgement.

When reached out to by MEE for comment, Airbnb sent the same statement issued on 17 December saying: "Airbnb expressed its unequivocal rejection of the BDS movement and communicated its commitment to develop its business in Israel, enabling more tourists from around the world to enjoy the wonders of the country and its people."

We can only hope that other considerations also enter the equation. For an international multi-billion-dollar global giant like Airbnb to signal open support for flagrant war crimes and human rights violations would be a major rebuke to the very concepts of international law and human rights.

Such a decision would confer legitimacy on the Israeli settlement enterprise and delegitimise its opponents. It would signal to governments and businesses around the world that laws are optional and violations can be profitable.

We are likely to be hoping for too much if we expect moral leadership from a company with no priorities beyond its bottom line. Direction must come from below, such as the activists and human rights groups that have remained a thorn in the side of the settlement enterprise, with only fleeting, expedient alliances with commercial powers.

But if Airbnb does decide to give its seal of approval to war crimes by slapping its logo on stolen property while the owners have no prospect of justice, the company could at least end the pretence of having values worthy of the name and keep its mouth shut next time the subject arises.

- Kieron Monks is a London-based writer for outets including CNN, The Guardian, and Prospect magazine, covering social movements, sports, and the intersection between them.

Photo: A road sign points towards an Airbnb apartment, located in the Esh Kodesh outpost, near the Jewish settlement of Shilo and the Palestinian village of Qusra in the occupied West Bank on 20 November 2018 (AFP) 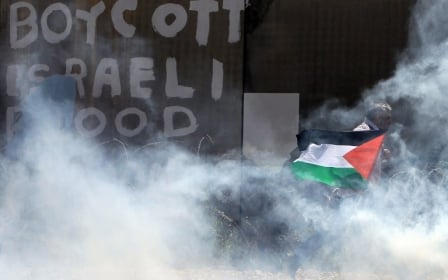