Amos Oz: The enduring myth of the liberal Zionist 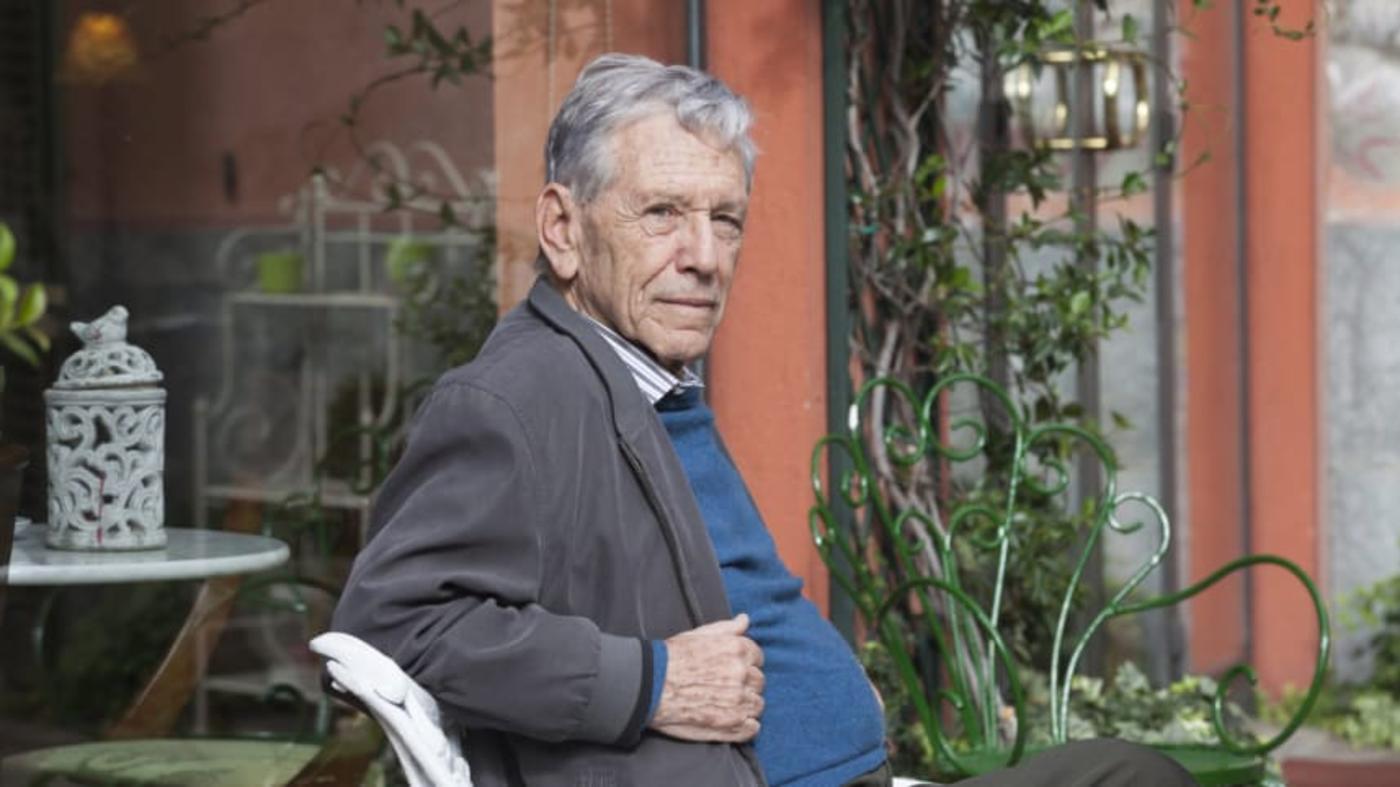 Long marginalised in Israel by an ascendant nationalist right, the so-called "Zionist Left" has retained significant moral and intellectual influence abroad. Author Amos Oz, who died aged 79 on 28 December, was perhaps the best-known embodiment of this political current and was widely revered internationally – as The New Yorker put it in 2004 – as "the godfather of Israeli peaceniks".

Yet this image of the liberal artist or prophet, aided in no small part by political shifts in Israel that mean even mild critics are now denounced as "traitors," is in stark contrast to Oz's views on events past and present, and in particular on what Zionism has meant for the Palestinians.

The Zionist Left of which Oz was a part has expended significant energy on justifying the ethnic cleansing of Palestine. At the heart of Oz's own contribution to these efforts was the following metaphor: "[Zionism's] justification in terms of the Arabs who dwell in this land is the justness of the drowning man who clings to the only plank he can," he wrote in his book In the Land of Israel.

Oz used metaphors to promote a false symmetry and abdicate political responsibility. Palestinians and Israelis are "neighbours” in need of "good fences," a married couple in need a "fair divorce," a patient needing "painful" surgery

"And the drowning man clinging to this plank is allowed, by all the rules of natural, objective, universal justice, to make room for himself on the plank, even if in doing so he must push the others aside a little. Even if the others, sitting on that plank, leave him no alternative to force."

Except the Palestinians were not asked to "share a plank"; they were expelled en masse, their villages levelled and urban centres depopulated, and they remain excluded from their homeland simply because they are not Jewish. Moreover, who, other than a monster, would refuse a drowning man room on the driftwood? Oz's metaphor thus does a dual work: it both disappears the Nakba and blames its victims as callous brutes who had to be "forced" to "share a plank".

Oz used metaphors to promote a false symmetry and abdicate political responsibility. Palestinians and Israelis are "neighbours" in need of "good fences," a married couple in need a "fair divorce," a patient needing "painful" surgery. In 2005, he told Liberation: "Israel and Palestine ... are like the jailer and his prisoner, handcuffed to one another. After so many years, there is almost no difference between them: the jailer is no more free than his prisoner." This erasure of power structures, and equating of the reality of the occupied with the subjectivity of the occupier, was typical.

Ultimately, the real villains in the Oz version of history are the Palestinians, who ought to have recognised Zionism as a national liberation movement, [and] welcomed it with open arms

"The confrontation between the Jews returning to Zion and the Arab inhabitants of the country is not like a western or an epic, but more like a Greek tragedy," he wrote (my emphasis). He repeated variations of this formulation over and over: "the clash between Israeli Jew and a Palestinian Arab ... is a clash between right and right ... a conflict between victims".

To speak of a "tragedy" is to deliberately blur the lines of causation, to replace accountability with lamentable misfortune, and, presumably, to cast the Zionist movement (or even Oz himself) as the tragic hero who, though his actions indeed have deleterious consequences for others, is ennobled by his own self-awareness.

Indeed, as Saree Makdisi observed, "it is not quite true that for Oz there are two more or less equally guilty parties to this conflict. Ultimately, the real villains in the Oz version of history are the Palestinians, who ought to have recognised Zionism as a national liberation movement, [and] welcomed it with open arms".

In one article a few years ago, Oz claimed that "Israel's existence or destruction was never a life-and-death question" for the likes of Syria, Libya, Egypt or Iran. But then he added a telling, throwaway line: "Maybe it has been for the Palestinians – but fortunately for us, they are too small to overcome us." Colonialism is always a "life-and-death question" for the colonised – and Oz knew this.

Despite his reputation as a critic of the Israeli government's actions, on the global stage, Oz played an important role in justifying war crimes. As one obituary put it, during Israel's invasion of Lebanon and the crushing of two Palestinian intifadas, "Israel needed voices that spoke to the outside world offering a more humanitarian face than that of Ariel Sharon". Three weeks into the Second Intifada - when some 90 Palestinians had already been killed - Oz used an op-ed in The Guardian to attack "the Palestinian people" as "suffocated and poisoned by blind hate".

During Israel's devastating 2014 assault on the Gaza Strip, Oz eagerly shared his government's talking points with international media: "What would you do if your neighbour across the street sits down on the balcony, puts his little boy on his lap & starts shooting machine gun fire into your nursery?"

Oz also rejected even modest efforts to hold Israel to account: in 2010, he wrote a letter opposing Jewish and Palestinian students' bid to see UC Berkeley divest from two arms companies supplying the Israeli military. Oz even smeared the divestment resolution as anti-semitic.

Ultimately, Oz believed and repeated many of the same anti-Palestinian talking points pushed by successive Israeli governments and right-wing nationalists. In a 1993 postscript to The Land of Israel, Oz denounced "the Palestinian National Movement ... as one of the most extremist and uncompromising national movements of our time," who have caused misery "to their own people".

In the same postscript, Oz rejected Palestinian claims that Zionism was a "colonial phenomenon" with unintended irony, writing: "The early Zionists who came to the land of Israel at the turn of this century had nothing to colonise there." In 2013, Oz declared: "The kibbutzniks didn't want to take away anybody's land. They settled deliberately in the empty spaces of the country, in the swarms and in the wilderness where there was no population at all."

In a 2015 op-ed, Oz expressed his horror at the idea of a Palestinian majority in a single democratic state: "Let's start with a matter of life and death. If there are not two states, there will be one. If there is one, it will be Arab. If Arab it is, there is no telling the fate of our children and theirs."

Much has been made of Oz's political "journey" from his upbringing in a family of Revisionist Zionists, but Oz's rejection of a one-state solution recalls Revisionist leader Vladimir Jabotinsky's words, when he said that "the name of the disease is minority" and "the name of the cure is majority".

Oz's political profile in the West is about more than just the life and work of one person. It is also about the lingering romanticism of the kibbutz, and the illusions about the reality of the Oslo Accords, and the US-sponsored peace process. Above all, perhaps, it is about the deeply held support for settler colonialism in Palestine and the continued potency of Zionist mythology.

An article in The New York Times on Oz's life stated that Israel was "born out of a dream, a yearning," and described Oz as "in many ways the quintessential new Jew that Zionism had hoped to create. As a teenager, he left Jerusalem on his own ... and moved to a kibbutz, one of the socialist farming communities where Israelis lived out their truest fantasies of cultivating themselves and the land to become robust and hearty" (my emphasis).

Settler colonialism has always meant the elevation of the settler's subjectivity and the violent erasure of the colonised. The Zionist movement's story in Palestine was no different. Palestine was not a real place in time, with its own history, customs, people, and stories, but rather a backdrop for the fulfilment of the settlers' vision of "restoration".

Palestinians were not real, living, breathing people, but noble savages, barbarians and religious fanatics. As Israeli film director Udi Aloni put it: "The Israeli-Jewish left ... don't see Palestinians as subjects in the struggle, they only see themselves."

In a withering review of Oz's 2017 book Dear Zealots, former Knesset Speaker Avraham Burg described Oz "as a fanatic supporter" of partition, who "tramples everything on the way to his expired [two-state] solution". For Oz, "a single Arab state is inconceivable"; his "opinions of the Arabs peer out here and there – and they aren't exactly flattering". As Burg wrote: "There are many questions, and this little book by Amos Oz offers no solutions at all." Inside Israel
Prominent Israeli author Amos Oz passes away at 79 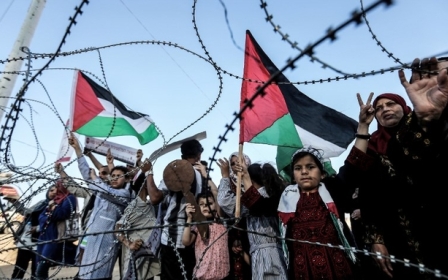