The Arab yacht summit plotters have fallen out 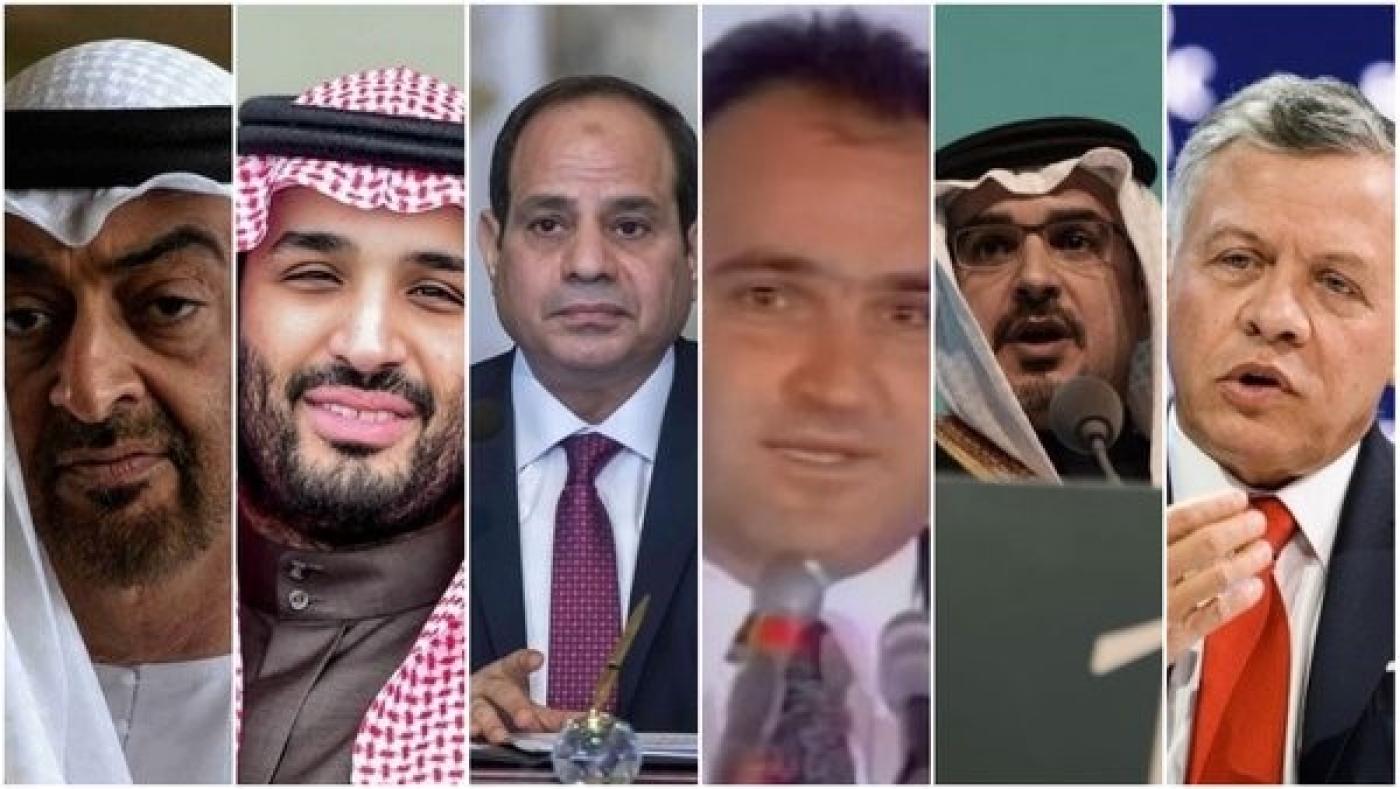 For the past decade, an alliance of rulers has bent every sinew to halt the onward, and irreversible, fight for human rights in the Arab world.

To preserve their own decaying regimes, this alliance has laid waste to once proud and civilised nations. It has waged wars in Yemen, Libya and Syria, reducing much of them to rubble. It has funded coups in Egypt, and attempted them in Tunisia and Turkey. The blood of hundreds of thousands has been shed in these interventions.

They were fought in the name of defending the region from Islamism and extremism. In this, they attracted the credulous, or cynical, support of former colonial powers France and Britain. But in reality their "jihad" had nothing to do with defending liberalism or secularism.

These regimes had no qualms about enlisting religious forces for political ends. Their quest was for hegemony, or how to transfer autocracy from one generation to another. For them, power was part of the family silver.

Late in 2015, two years after their first major success, that being the military coup in Egypt, the leaders of this alliance - crown princes and rulers of Saudi Arabia, the United Arab Emirates, Bahrain, Egypt and Jordan - met secretly on a yacht to plot their plans for the region. To summon the same cast of characters on a yacht in the Red Sea today, six years on, would, however, be more difficult.

For one thing, the fixer of this secret summit is in prison. George Nader is serving 10 years on child sex charges. For another, the participants today bear substantial grudges against each other.

Relations between Saudi Arabia and Egypt have cooled fastest. The Saudis no longer have "money like rice" as the Egyptian President Abdel Fattah el-Sisi once bragged to his chief of staff, Abbas Kamel. And anyway, King Salman is not as generous as his late brother Abdullah was, even if he had the money, which he doesn't.

Sisi tried to get a new line of funding from Riyadh by giving it two uninhabited but strategically placed Red Sea islands, Tiran and Sanafir, to much protest at home. But the Saudis are no longer interested in such baubles like the Suez Canal and the Gulf of Aqaba.

Their eyes light up when contemplating cheaper and faster ways to the Mediterranean - through Israel. Egypt is not saying it, but it is getting increasingly irritated by plans to bypass the Suez Canal, which it enlarged to the tune of $8.2bn.

Whether it is reversing a once-secret desert pipeline that ran from Iran to Israel during the time of the Shah, or the development of ports and free zones in Israel, or Blue Raman, a new fibre optic cable for the Middle East, it is all pointing in one direction for Cairo - a huge loss of money and regional influence.

It is not as if there have not been past divergences between banker and client state. Egypt's refusal to send troops to fight in Saudi Arabia's disastrous war in Yemen was one. It has refused to be as hostile to Iran and its allies in Lebanon. But two new factors are persuading Egypt that its national interests are not always best served by its regional allies.

The first is the arrival of US President Joe Biden and his obvious antipathy to Saudi Crown Prince Mohammed bin Salman - even though he refuses to sanction him. Sisi has no interest in following bin Salman into the camp of pariah dictators. Rather, he has a strong motive to distance himself from that clan. 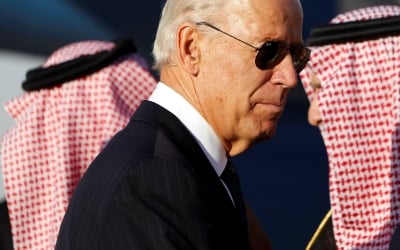 Bin Salman's international reputation has been tarnished by the release of the US intelligence report into the murder of journalist Jamal Khashoggi. When it was released, Mohammed bin Salman expected that every member of his club, and even those that were not, like Qatar, to send a message of support.

Most did. King Abdullah II of Jordan; Sudan's prime minister, Abdalla Hamdok, flew to Riyadh. Others like Bahrain and the UAE issued statements. The only country to fall silent was Egypt.

The second factor was the military defeat of Libyan general Khalifa Haftar, when his forces were repulsed from Tripoli and retreated to Sirte. The Turkish intervention, and the effectiveness of its drones, came as a shock to Egypt, whose agenda in Libya was driven by the Emirates. Egypt, however, invested considerably in training, arming and supplying Haftar's forces.

When both the UAE and Egypt discovered that they were on the losing side, and this was some time before Haftar pushed Sisi to invade, some in the Egyptian media began to question publicly why Egypt was in this position.

Libya is important to its neighbour, not least because of the millions of Egyptians who - in times of peace - work there. When Libya prospers, so does Egypt. Haftar's defeat opened the way for direct talks with the government in Tripoli, and covert talks with Turkish intelligence chiefs.

As a result, the candidates of the list which lost the election to the post of prime minister had been agreed beforehand by both Turkey and Egypt. When the Libyans rejected those candidates, it did not disturb the tacit understanding between Ankara and Cairo.

Nor are things as close between Cairo and Abu Dhabi. The froideur started over a question of money. But it rapidly went much further over Abu Dhabi's recognition of Israel.

The second wave of normalisation with Israel displaced the first. Both Egypt and Jordan lost influence as the gatekeepers of the Arab world to Israel, in the same degree to which the UAE gained it.

When Abu Dhabi announced it would invest $10bn in Israeli energy, manufacturing, water, space, healthcare and agri-tech, it was no coincidence that Jordan at first refused permission for Benjamin Netanyahu's jet to use its airspace, and he had to cancel his trip to pick up the prize money in person. Netanyahu's office said the dispute with Amman stemmed from Israel's decision to cancel the Jordanian crown prince's plans to visit the Al-Aqsa mosque the day before.

Much of the legitimacy of the Hashemite dynasty rests on its role as custodian of the holy sites in Jerusalem, a role that is now being overtly threatened by its Saudi cousin with Israel's encouragement. Bin Salman is playing a zero-sum game. By advancing his own relationship with Israel, he is weakening the stability of Israel's safest border.

The yacht summit was convened to counter Turkey and Iran's resistance to their schemes. So it's also no coincidence that two of the nations that attended that summit are in the process of softening their hostility to Ankara.

Both Turkey and Saudi Arabia are being pushed into each other arms by a US president who is hostile to the Saudi crown prince and the Turkish president, Recep Tayyip Erdogan. Mohammed bin Salman was told by his advisers that if Biden won, he would have to open relations with Turkey.

Where foreign relations are based on secret pacts between leaders each of whom have good reason to fear their own people, they are built on sand

Bin Salman is not convinced, and can't overcome the feeling that Erdogan was out to get him for having ordered Khashoggi's murder. But the relationship between his father, King Salman, and Erdogan was never ruptured and so halting attempts are being made.

Qatar has offered to mediate, which is ironic, because when the boycott of the Gulf peninsula states started, the Turks offered to mediate. Turkey maintains strong relations with Oman and Kuwait, and both Ankara and Riyadh have an interest in showing Washington they are regional players.

But is more going on under the table? Recently the Houthis claimed to have shot down a drone that "had proven its worth in Azerbaijan," an oblique reference to Turkey. It was a Turkish drone, but not one used in Azerbaijan. Last year the Saudi government signed a deal with a local company to supply armed drones after getting a technology transfer from a Turkish defence firm, Vestel Karayel. Six drones were delivered.

Turkey denies there was anything official about this technology transfer. A Turkish source familiar with the defence industry said Vestel did not seek government authorisation to make such a tech transfer to Riyadh. Still, the incident raised eyebrows. Janes defence news said the Karayel has not been previously known to be in service with the Saudi military.

In any case, the Saudi boycott of Turkish goods still continues.

Last week's flurry of statements from the Turkish foreign minister, Mevlut Cavusoglu, chief counsellor to the president Ibrahim Kalin and the president himself about turning the page with Egypt have been downplayed by Cairo.

This will have the same effect on Ankara as the 13 demands the blockading countries laid on Qatar.

The optimism in Ankara started when Egypt announced an oil and gas exploration bid in the Eastern Mediterranean which acknowledged the coordinates of the continental shelf declared by Ankara. The Greek foreign minister, Nikos Dendias, claims to have since "adjusted" those coordinates after a trip to Cairo. 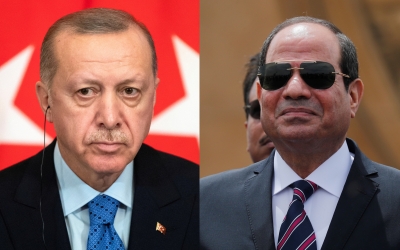 Turkish intelligence chiefs have, however, met their Egyptian counterparts several times. Apart from Libya, Turkey is offering the Egyptians help in their dispute with Ethiopia over the Grand Ethiopian Renaissance Dam. UAE is doing the opposite by offering help to the Ethiopian prime minister, Abiy Ahmet.

Mohammed Dahlan, the Abu Dhabi-based former Fatah security chief, visited Addis in an announced visit. What was not announced was that his boss, Crown Prince Mohammed bin Zayed, went with him, according to one informed source. Egypt is baulking at the Turkish charm offensive and there has been no breakthrough.

"Egypt wants Ankara to take at least a symbolic step on the presence of Muslim Brotherhood in Turkey," an official told MEE.

If that is what is needed, it will not materialise. The Muslim Brotherhood does not have a physical presence like a regional office in Turkey. So there is nothing to close down. To go against individual members of the large expatriate Egyptian community in Istanbul would mean extraditing individuals, which Turkey is not going to do.

Nor is there any discernible Turkish pressure on the Egyptian opposition media in Istanbul. Cairo would particularly like Al Sharq television off air.

"The Turkish authorities have nothing to offer nor withdraw when it comes to Al Sharq Channel because we are not funded by Turkey or Qatar," its owner, Dr Ayman Nour, the Egyptian opposition politician, told MEE. "We have not sensed any change on the Turkish side with regard to Al Sharq."

Besides, to do any of this would entail a strategic change not just in foreign policy but the domestic one too. While Turkey is a secular republic, Erdogan is as close as there is to an Islamic-orientated leader.

None of these tensions in the axis that put so much effort into suppressing democracy and free elections is definitive. They could be using these overtures to their declared enemy as bargaining chips with each other.

Thus far it has been warm embraces one day, and stabs in the back the next. 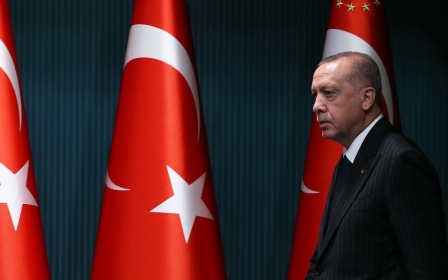 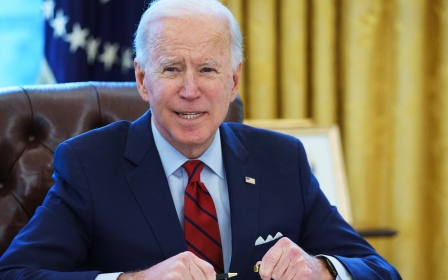 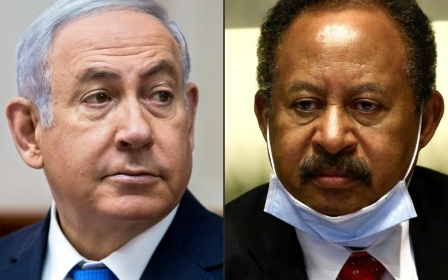